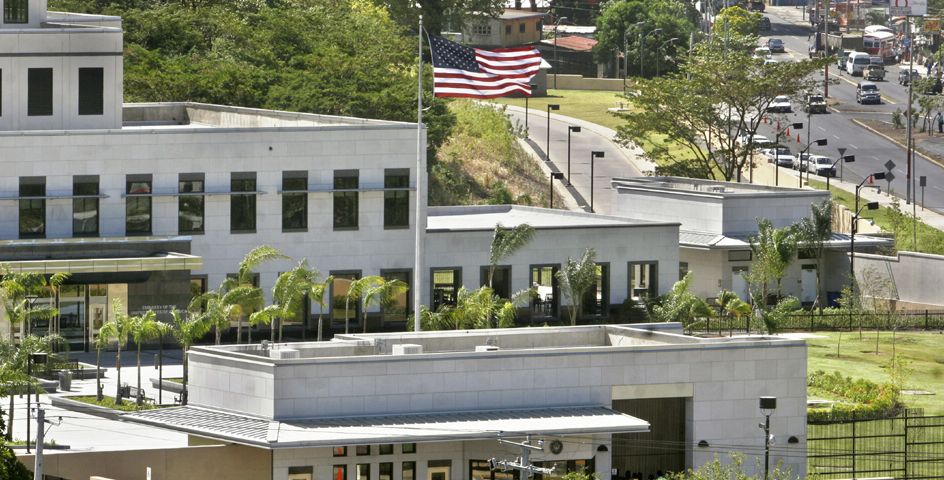 The U.S. Embassy is located in Managua, the capital of Nicaragua. The Embassy has said that routine consular services are not available and now will only provide emergency services.

The following is a statement from the State Department:

Nicaragua – Level 3: Reconsider travel to Nicaragua due to crime and civil unrest.

Political rallies and demonstrations are occurring daily, often with little notice or predictability. Some protests result in injuries and deaths. Demonstrations typically elicit a strong response that has in the past included the use of tear gas, pepper spray, rubber bullets, and live ammunition against participants and occasionally have devolved into looting, vandalism, and acts of arson. Ability to purchase food and fuel may be limited, and access to the Sandino airport in Managua may be blocked. Both the Government of Nicaragua and the U.S. Embassy in Managua are limited in the assistance they can provide.

Violent crime, such as sexual assault and armed robbery, is common. Police presence and emergency response are extremely limited outside of major urban areas. U.S. government personnel are prohibited from using public buses and mototaxis and from entering the Oriental Market in Managua and gentlemen’s clubs throughout the country due to crime. U.S. government personnel require special authorization to travel to the Northern and Southern Caribbean Coast Autonomous Regions due to crime and transportation safety concerns.

The protests started after Nicaragua’s National Social Security Institute (INSS) instituted a 5% tax that increased the contributions by both employers and employees in Nicaragua while reducing overall benefits. The government had said this was necessary because the system is on the verge of collapse. Yesterday Nicaraguan President Daniel Ortega announced the controversial Pension Plan changes were being rescinded. However much has transpired since the initial protests. Many perceive corruption as the reason why the pension plan was on collapse, but the heavy-handed response of the government (including the use of tear gas, pepper spray, and live ammunition) and implementation of censorship (the government shut down five tv stations) has not quelled the situation in Nicaragua.