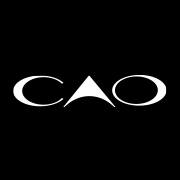 For the first time, CAO Cigars will be a part of the Tobacconist Association of America (TAA) Exclusive Series. This past week, General Cigar Company introduced the CAO Estelí as its offering for the 2018 TAA Exclusive Series at the organization’s annual convention held April 29 through May 3 at Casa de Campo in the Dominican Republic.

The CAO Estelí consists of a Nicaraguan Jalapa wrapper, Honduran binder and a filler of Nicaraguan, Honduran, and Dominican tobaccos. The cigar is being released in one size – a 6 x 54 Toro Grande. CAO Estelí will be presented in ten-count boxes with a total production of 1,500 boxes. Pricing is expected to be $8.99 SRP.

Shipping to TAA retailers o the CAO Estelí is set for mid-August 2018.

At a glance, here is a look at the CAO Estelí: