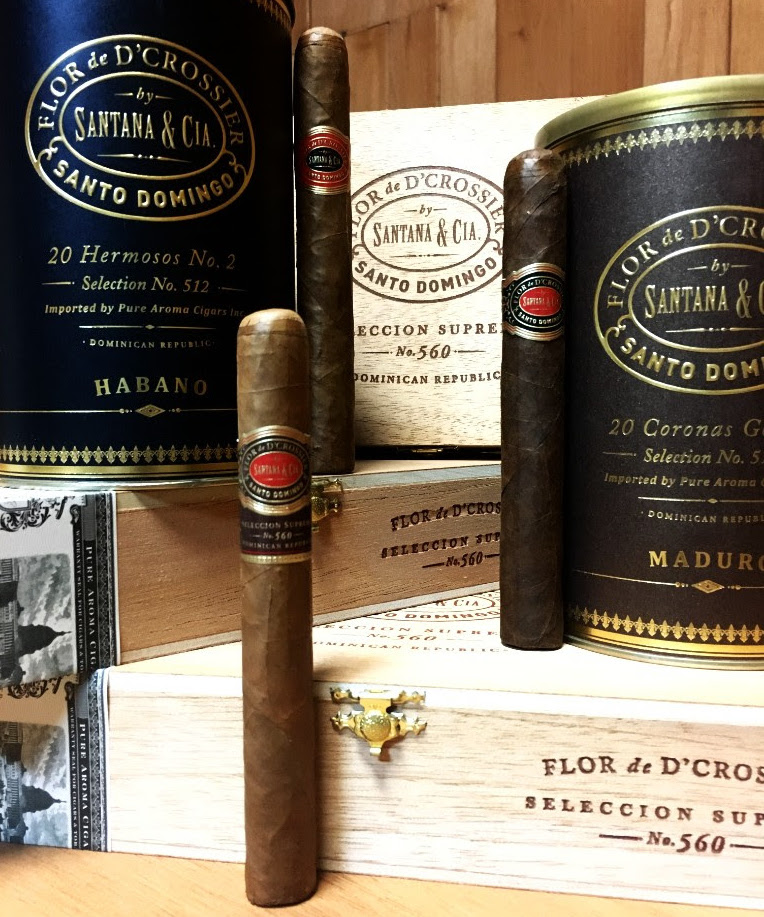 Isaias Santana Diaz, owner of Pure Aroma Cigars and makers of the D’Crossier brand explained in a press release why it took longer for these products to make it to market, “Every once in a while, the tobacco needs some coaxing.  What should have been a normal 90-day aging period turned into an 11-month odyssey.  Perfection takes time, and I am very happy with their outcome and am very confident the consumer will be as well.  I hope to reward all those that have been waiting with these very special cigars.”

The Flor de D’Crossier Seleccion Suprema No. 560 is a new line. It comes from the ABAM factory in the Dominican Republic. The blend has a wrapper from Ecuador, Dominican binder, and a combination of Dominican and Nicaraguan fillers. The cigar comes in a Robusto, Magnum (Robusto Extra), and Julietas (Short Churchill).