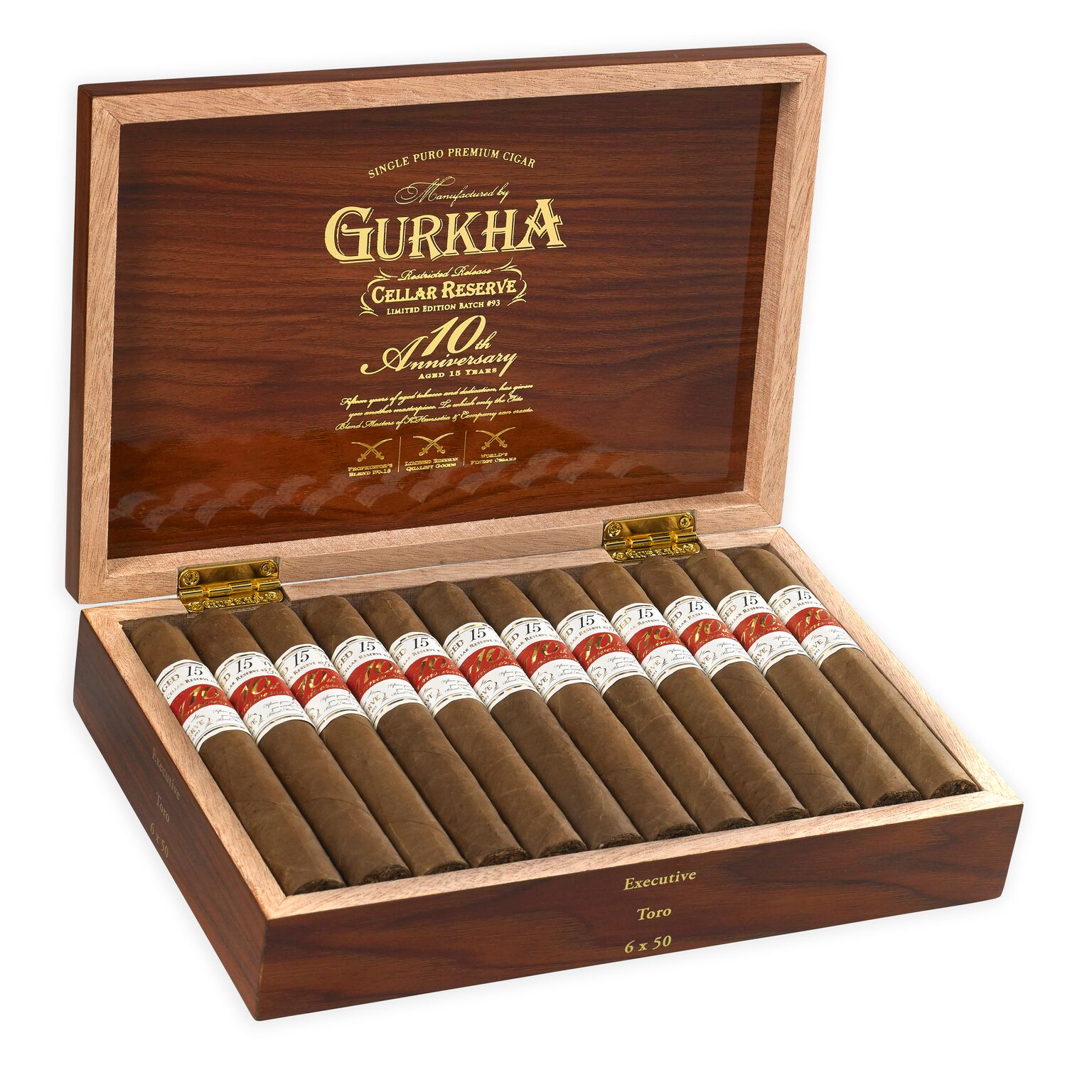 In 2017, Gurkha Cigars’ signature release was the Gurkha 10th Anniversary 15 Year Cellar Reserve. This was a cigar that commemorated the tenth anniversary of the 15 Year Cellar Reserve. It eventually became the first in a series of Cellar Reserve cigars that Gurkha says is now its most successful brand. At the time, the cigar was offered in exquisite 50-count humidors. Today Gurkha announced it is taking that cigar into regular production and will showcase new 24-count packaging to support it. 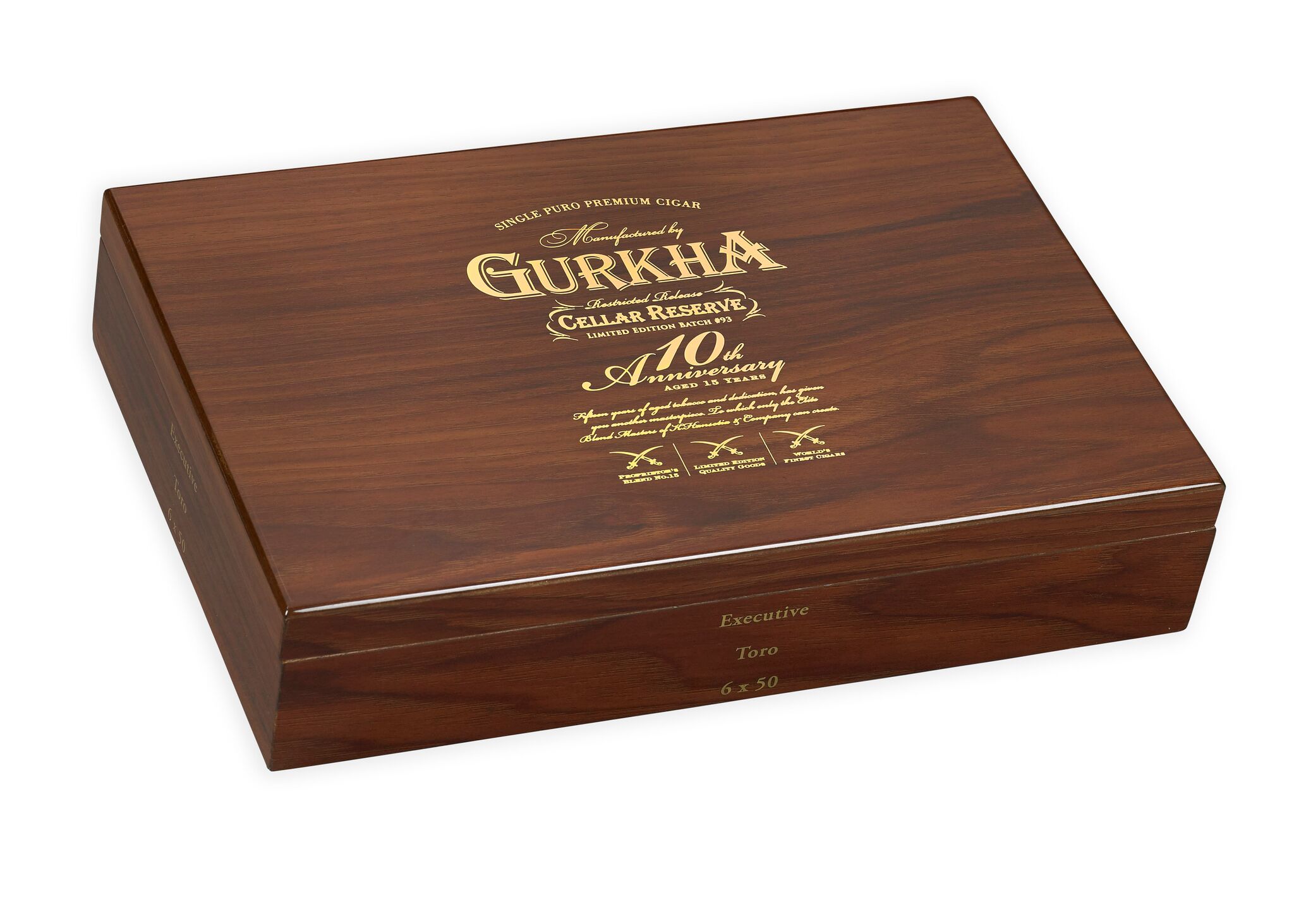 Now called the Gurkha 10th Anniversary Cellar Reserve, Gurkha lists the blend as featuring an Ecuadorian Rosado wrapper over Dominican Olor binder and Dominican filler. It will still be available in a single size – a 6 x 52 Toro.  Gurkha has not disclosed the factory or country of origin for the cigar.

Pricing for the Gurkha 10th Anniversary Cellar Reserve is set at $12.00 per cigar and shipping is expecting to commence in August.