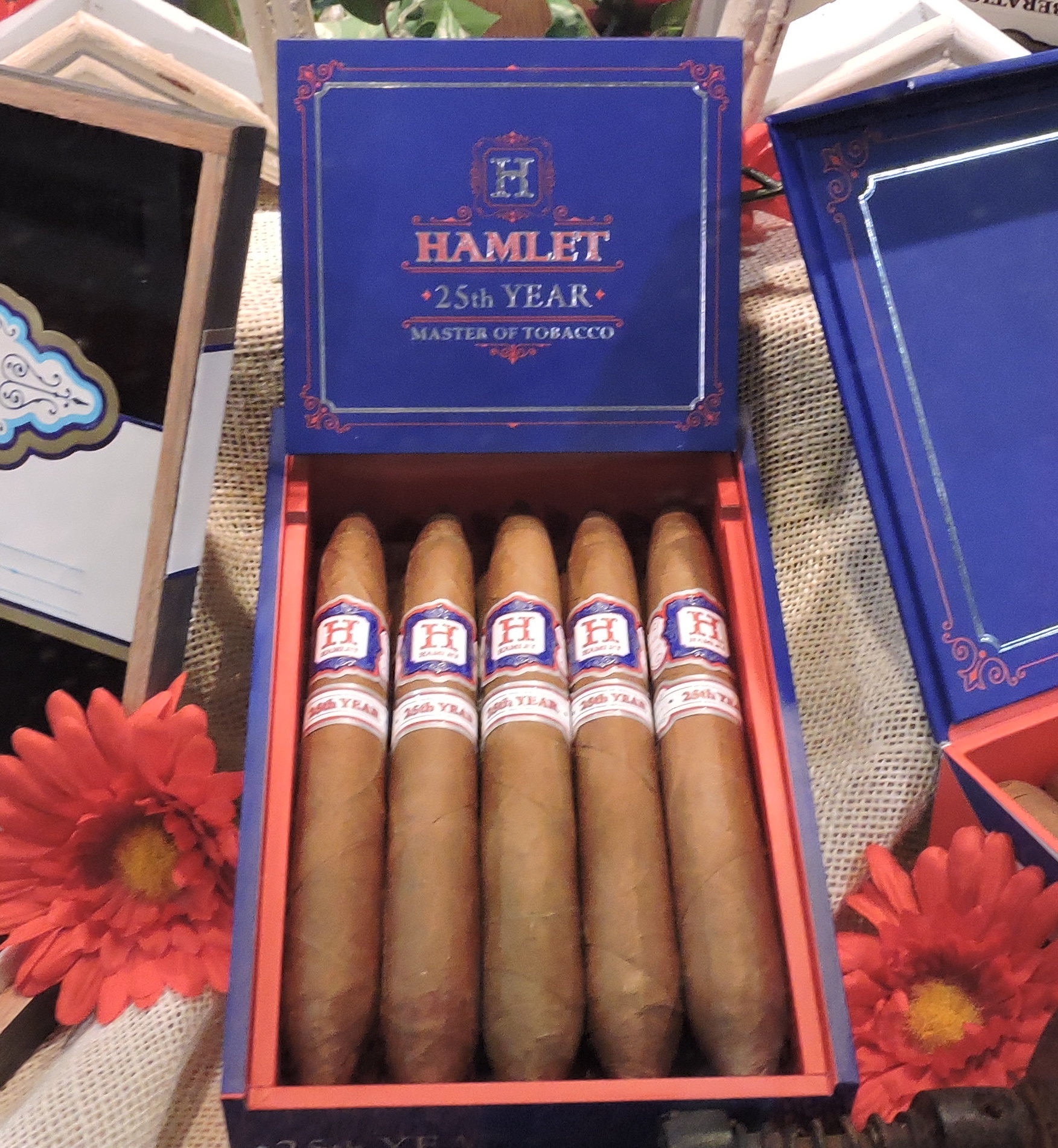 While Rocky Patel Premium Cigars made most of its product announcements prior to the show, there were a few things saved for the 2018 IPCPR Trade Show. One of those things was a new 7 5/8 x 58 Salomon line extension to the Hamlet 25th line.

The Hamlet 25th was the second line spearheaded by Hamlet Paredes at Rocky Patel Premium Cigars. The cigar is meant to commemorate a quarter of a century of work by Paredes. Paredes is the world-renowned blender, master roller, and former Habanos S.A. ambassador who joined Rocky Patel in 2015.

Hamlet 25th Year features an Ecuadorian Habano wrapper, Pennsylvania broadleaf binder, and filler from Nicaragua and Honduras. The Salomon is the fourth size in the line. While the other three sizes are available in 20-count boxes, the Salomon is packaged inten-countt boxes. Pricing is set for $11.00 per cigar. The Hamlet 25th is expected to hit the shelves later this summer.