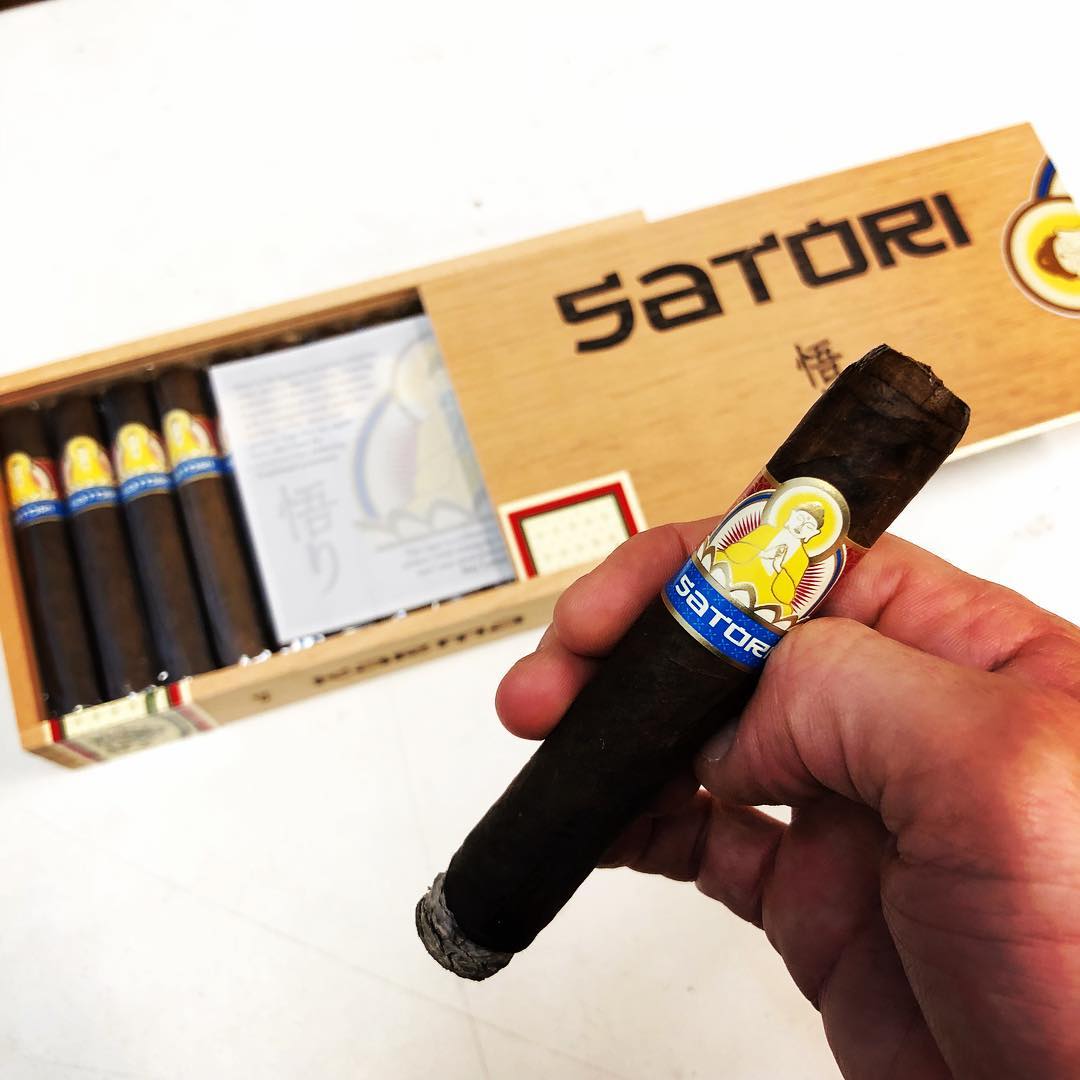 For the first time since 2015, the Viaje Satori is back – however, Satori was not available at the IPCPR Trade Show.

The Viaje Satori series has run from 2010 to 2015. Each year it was a cigar available for order the IPCPR Trade Show. According to Viaje Cigars founder Andre Farkas, Satori shipped to select retailers just prior to the 2018 IPCPR show.

As in previous years, Satori consists of a San Andres Maduro wrapper over Nicaraguan binder and filler. It is available in the three core sizes seen over the years: Karma (Rounded 5 x 52), Nirvana (Rounded 6 x 50) and Zenn (Double-ended Box Pressed Perfecto 6 3/4 x 52).  Each of the three sizes is presented in 25-count boxes.

The cigars are currently arriving at retailers. We do not have the list of retailers who have received this cigar.