The daily recaps on Cigar Coop are the first time in our nine consecutive years of IPCPR that we have done this. They have been meant to provide a different perspective on each day of the show. When it comes to the IPCPR Trade Show as a whole, the full IPCPR Post Game report will provide a much more comprehensive recap from a theme and roundup perspective.

The last day of the IPCPR Trade Show is typically the slowest in terms of foot traffic. It’s a half day as opposed to a full day. At the same time, it’s probably one of the most unique days of the trade show. This week is no exception.

The Trade Show opens an hour earlier than the previous two days (9:00am) and it ends much earlier (1pm). For the retailers and the manufacturers, many don’t make the early start time. As IPCPR progresses, people start to get tired, they start to go to bed later, and many don’t get to the trade show on time. Combine this with other factors (such as retailers and manufacturers leaving early to go home and the end result is a day that many question the usefulness of. In fact, several major manufacturers, including Alec Bradley, sent most of the sales staff home and left the management team to handle any of the orders the last day.

Yesterday IPCPR released its attendance numbers publicly for the first time that I could remember. IPCPR reported overall attendance numbers were increased by 3.3%, with an increase in retailer badges by 6.6%. While IPCPR has disclosed the overall numbers, a breakdown of the foot traffic per day was not provided. It is this author’s perception that the foot traffic numbers for days three and four didn’t see quite that level of increase from the year before.

Given this is usually a slower day, it does give an opportunity for many of the manufacturers and brand owners to walk the floors to see what is out there. Perhaps the most interesting name to walk the floors is a new brand owner to the cigar business, NBA Hall of Famer Karl Malone. Karl Malone was at the trade show launching the La Aurora Barrel Aged by Karl Malone in his own booth. In addition, Malone was walking the floors visiting other booths and taking photo opportunities with many attendees and manufacturers – particularly on the final day of the trade show. The cigar industry always gets excited when an outside celebrity is at the trade show. Malone was no exception. One can make the argument he was one of the most visible celebrities on the trade show floor in a long time. 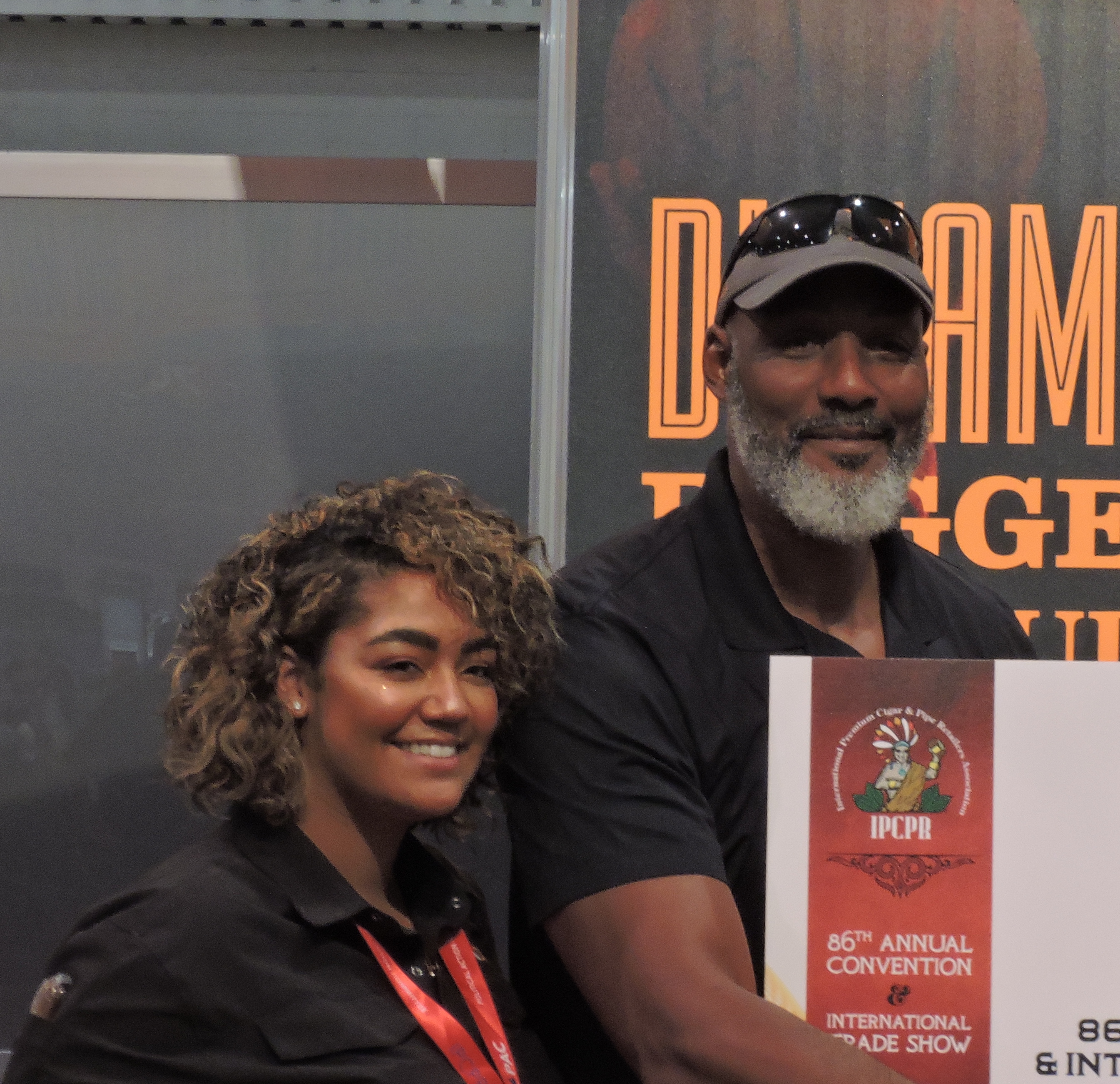 From a media standpoint, the last day of the trade show is very important. It is an opportunity to reach many of the manufacturer booths. It’s not hectic, but in some ways it does have an energetic vibe to it. While a post-mortem review will still be done on our Cigar Coop coverage, it appears many of the organization problems have been fixed. On the other hand, despite adding another resource to cover the show, we still fell short on some booths being reached. However, the goal this year was to fix the process. The goal next year will be to improve and execute the process.

One thing that can’t be swept under the rug is the reduction of foot traffic the last day. As much as I like the charm of the last day, this can’t be good for IPCPR. I’ll talk more about this in the full post-game recap coming up.