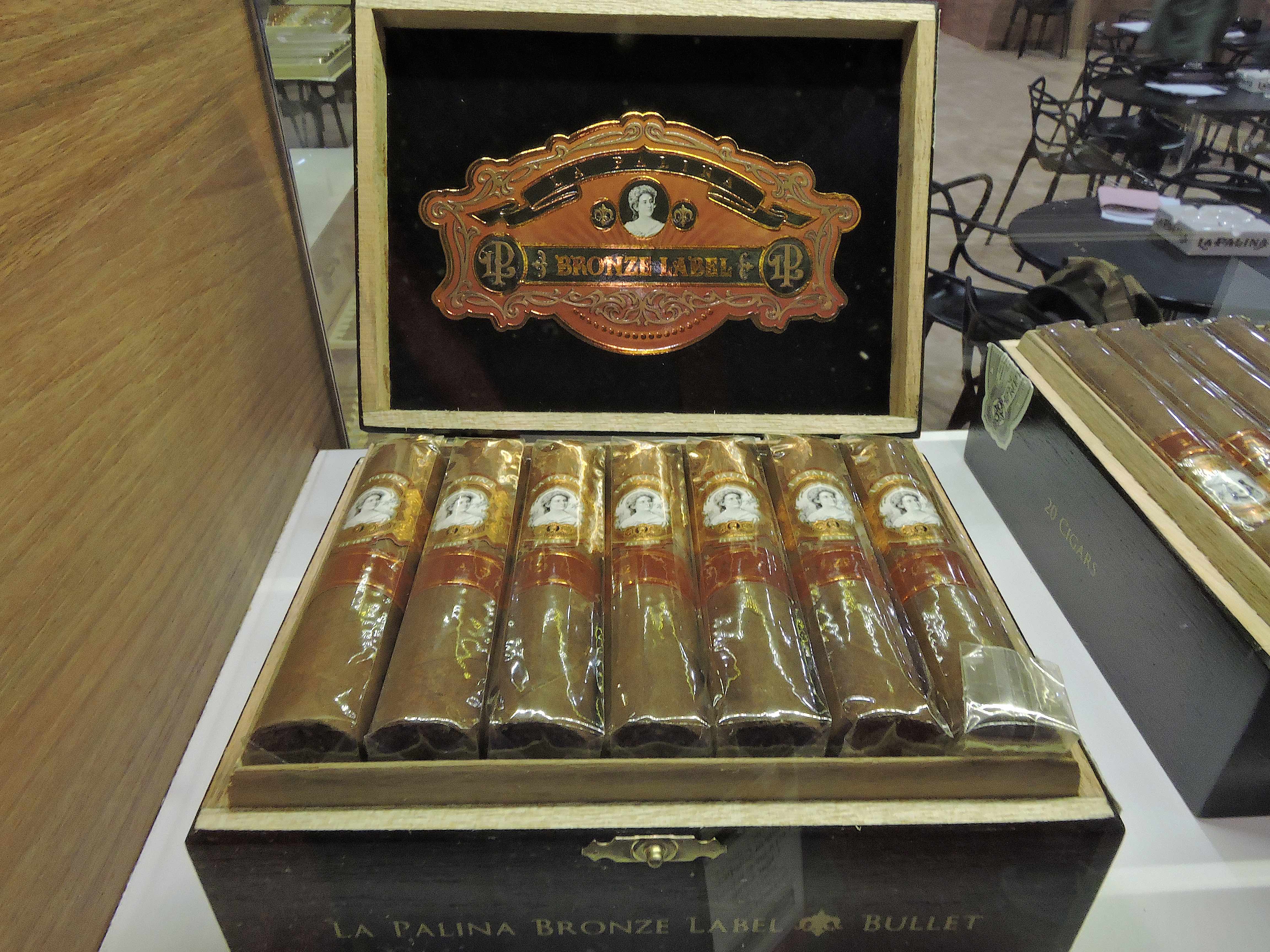 The La Palina Bronze Label features a Habano wrapper over a Honduran binder and a combination of Honduran and Nicaraguan filler. The cigars are packaged in 20-count boxes. The cigars are produced at the Plasencia’s El Paraiso factory where Rocky Patel Premium Cigars are made.

La Palina Bronze Label made its debut in 2017 in a Toro size as a part of the TAA Exclusive Series. Earlier this year, the line became a regular production offering with a Robusto and Gordo size added alongside the Toro. The Bullet is now the fourth size in the line.

At a glance, here is a look at the La Palina Bronze Label: