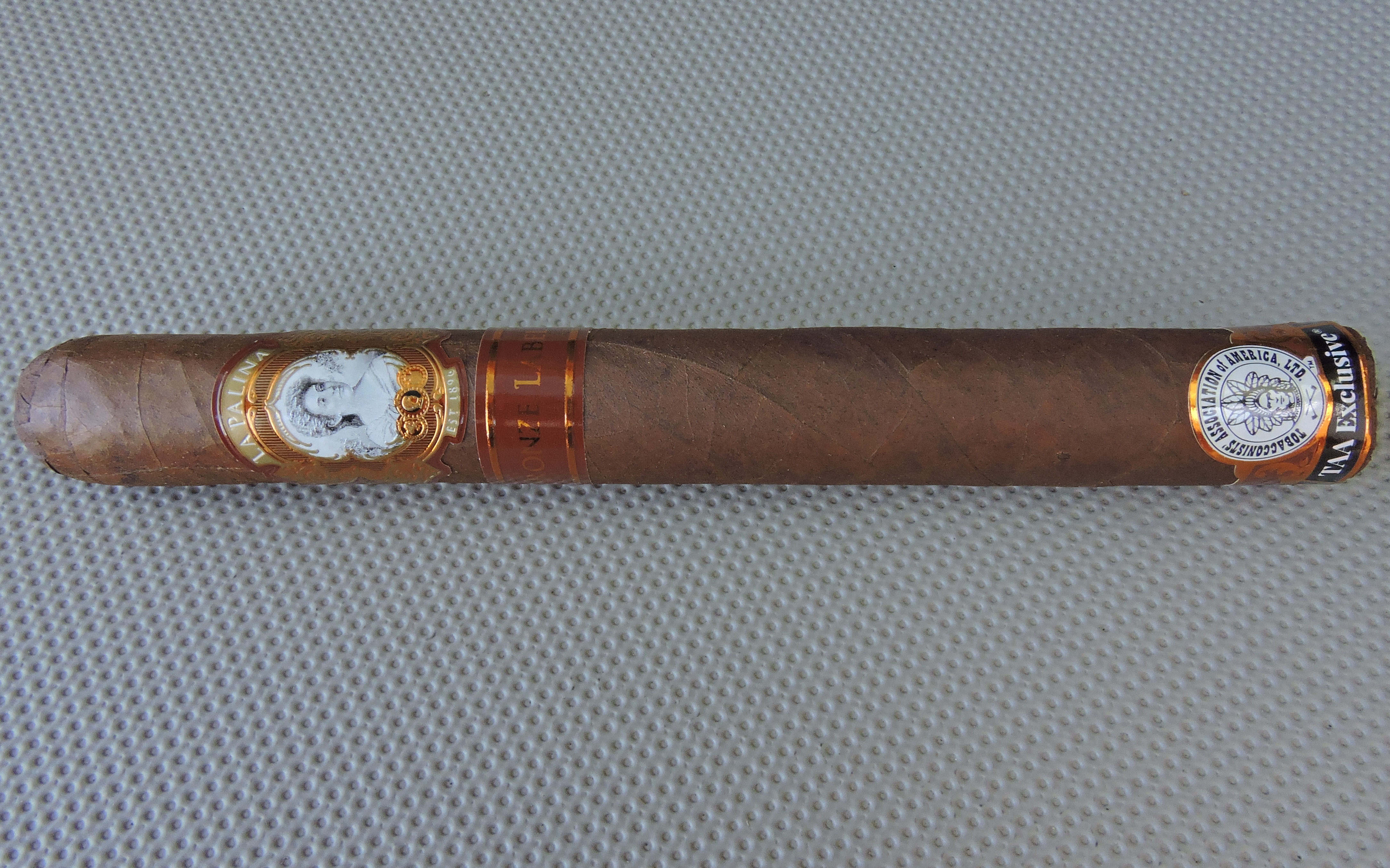 As mentioned above, this is the second consecutive year (and second time overall) that La Palina has released a TAA Exclusive cigar. There is a planned release for 2018 as well. These are the releases:

As for La Palina Bronze Label, it is the third installment in La Palina’s “Color” (unofficial name) series. The first two were the La Palina Black Label and La Palina Red Label.  Just before the 2016 Deeming Regulations went into effect, Bronze Label along with other numerous colors (Blue Label, Green Label, and Purple Label) were reported to be Stealth Releases. Bronze Label was the first of these La Palina Stealth Releases in this series to make it into a wider distribution.

Without further ado, let’s break down the La Palina Bronze Label Toro TAA Exclusive and see what this cigar brings to the table.

La Palina is one of the few companies to produce cigars using factories in the four countries of the Dominican Republic, Nicaragua, United States, and Honduras. In Honduras, La Palina has worked with Raices Cubanas in the past, but this time turns to Plasencia family’s El Paraiso factory in Danlí, Honduras.

The blend uses Honduran tobacco in the wrapper, binder, and filler. There also is some additional Nicaraguan tobacco as a part of the filler.

As we mentioned above, the La Palina Bronze Label is now a part of the company’s regular production offering. The blend is now available in three sizes, each packaged in 20-count boxes. 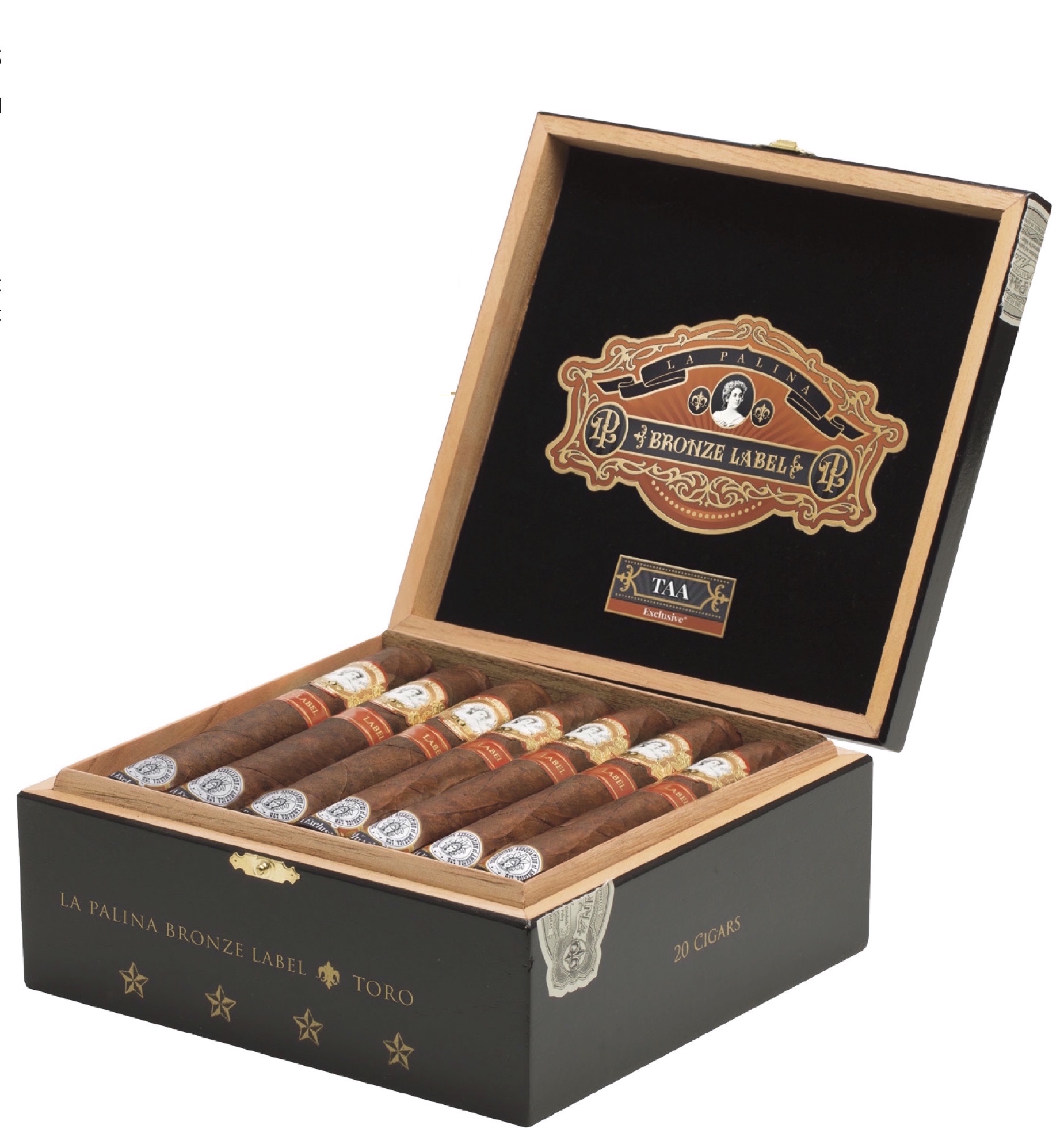 The Honduran wrapper to the La Palina Bronze Label Toro TAA Exclusive had a dark caramel color to it. Upon closer examination, some darker mottling can be seen on the surface. There was a nice coating of oil on the wrapper’s surface. This was a smooth wrapper with any visible veins on the thin side. The darker complexion of the wrapper did a nice job at hiding the wrapper seams.

There are three bands on the La Palina Bronze Label Toro TAA Exclusive. The primary band is a variation of the classic La Palina band found on several other La Palina lines. The band features the black and white image of Goldie Paley on the front-center on the band. The image is surrounded by copper-colored frame. The upper part of the band has the text “LA PALINA” in a thin white font on a gold background. Below the image is the text “EST 1896” in a smaller white font that is also on a gold background. There are also three medallions just below the image. There is a thick brown stripe to the left and right of the band with two copper colored pinstripes sitting on the upper and lower portions of it. On the brown stripe are a stream of copper colored fleur-de-lis images.

There is a secondary band resting just below the primary band. It is brown in color with the text “BRONZE LABEL” in copper font resting on it. The band is finished with a copper pinstripe across the top and bottom.

Finally, there is a footer band on the La Palina Bronze Label Toro TAA Exclusive. While the two upper bands have been carried over with the regular production offering of the La Palina Bronze label, the footer band is unique to the TAA release. The upper portion of the band has a brown stripe with copper trim. Sitting on the brown stripe is a black and white TAA logo. The lower portion is black with copper trim with the text “TAA Exclusive” in white font.

I kicked off my cigar experience of the La Palina Bronze Label Toro with a straight cut. Once the cap was removed I moved on to the pre-light draw. The dry draw produced a mix of earth, cedar, and hints of natural tobacco and black pepper. This was a satisfactory pre-light draw. At this point, I was ready to light up the Bronze Label Toro and see what the cigar experience would deliver.

The La Palina Bronze Toro kicked off with a short burst of cedar and black pepper. The pepper settled down, some natural tobacco surfaced and joined the cedar notes in the forefront. The natural tobacco had a very unique sweetness which I couldn’t quite put a name on. Meanwhil,e as the spices settled into the background, a slight chocolate note also surfaced. As for the retro-hale, it delivered some more black pepper.

Later in the first third, the sweetness I couldn’t put my finger on took on more citrus qualities. This citrus was pretty much joined at the hip with the natural tobacco. At this point, the natural tobacco/citrus and cedar both were grounded in the forefront delivering different degrees of intensity. As the La Palina Bronze Label Toro reached the midway point, the cedar settled into the background with the pepper and chocolate.

Once the La Palina Bronze Label Toro moved into the second half, the natural tobacco notes developed richer and more savory qualities while shedding the citrus characteristics. By the last third, the citrus wasn’t much of a factor in the overall flavor profile. As the Bronze Label Toro came to a close, there were notes of the savory natural tobacco in the forefront with cedar, black pepper and hints of chocolate in the background. The resulting nub was firm to the touch and cool in temperature.

There was a slight amount of curvature on the burn line of the La Palina Bronze Label Toro TAA Exclusive. This required some touch-ups, but in the end, this wasn’t a high maintenance project as the cigar had no problems maintaining a straight burn path. The resulting ash was firm with a light gray color to it. Meanwhile, the burn rate and burn temperature were both ideal. 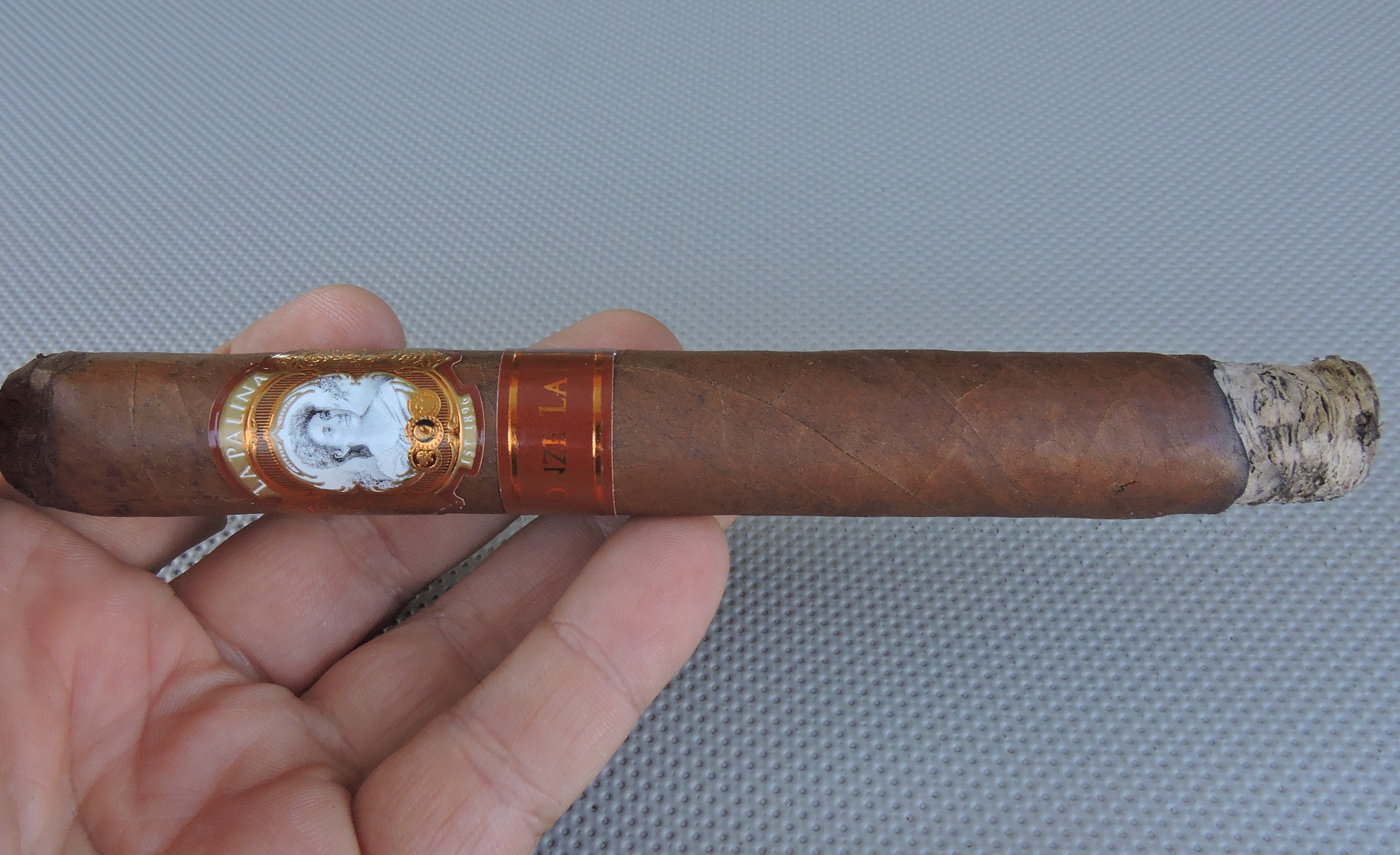 The draw to the La Palina Bronze Label Toro TAA Exclusive performed quite well. It had a touch of resistance to it – which is something that I like. At the same time, this was a low maintenance cigar to derive flavors from.

The La Palina Bronze Label Toro TAA Exclusive is a cigar that started out medium in strength and body – and it’s also one that built up in intensity. The increase in strength was very gradual, but by the last third I found the strength level had increased enough to move into medium to full territory. Meanwhile, the increase in body was at linear, steady rate.  By the second third, the Bronze Label Toro was medium to full-bodied and as the cigar entered the last third, I found it was smoking in full-bodied territory.

In term of strength versus body, the body pretty much maintained the edge from start to finish.

The La Palina Bronze Label Toro TAA Exclusive is a nice sophomore TAA effort by La Palina Cigars. In fact, it’s one of the better regular production lines the company has come out with in some time. There are some unique qualities this cigar brought to the table – especially some of the savory notes in the second half.  Many times Honduran-centric or Honduran puro blends can have a dry taste on the palate, but not the case with the La Palina Bronze Label Toro. Finally, I liked how this cigar left a clean finish with no bad aftertaste on the palate. This is a cigar I would recommend to an experienced cigar enthusiast or for a novice looking for something a little fuller. As for myself, this is a cigar I would smoke again. It’s a cigar I’d certainly pick up multiples of.