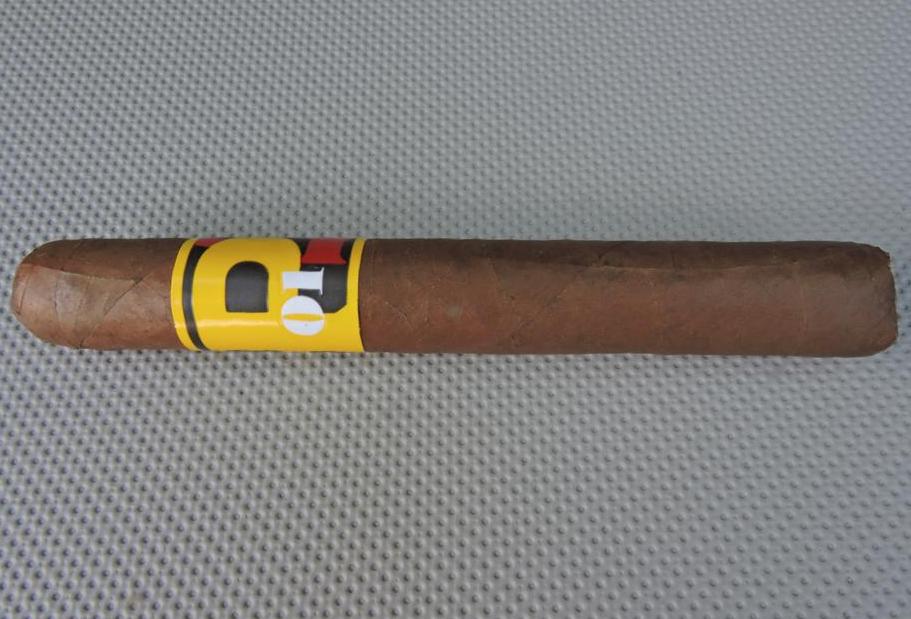 Last year, La Palina Cigars showcased a new line called the La Palina Number Series. As the name indicates, each blend is denoted by a particular number. The first two installments of this series LP01 and LP02 were announced just prior to the 2018 IPCPR, but there have been many reports of pre-FDA stealth releases of further installments. The striking feature about the Number Series is the packaging, which is quite different than anything La Palina has put out before. The packaging of the cigars was inspired by the late artist Paul Rand, who once designed artwork for the original La Palina brand. The cigar’s packaging invokes a feel of the 1960s  – a.la. “Mad Men”. While it’s retro, it’s a striking contrast to the classic packaging seen across La Palina. Today we take a closer look at the cigar that dubbed the number one in the series – the La Palina Number Series LP01 in the Robusto size. 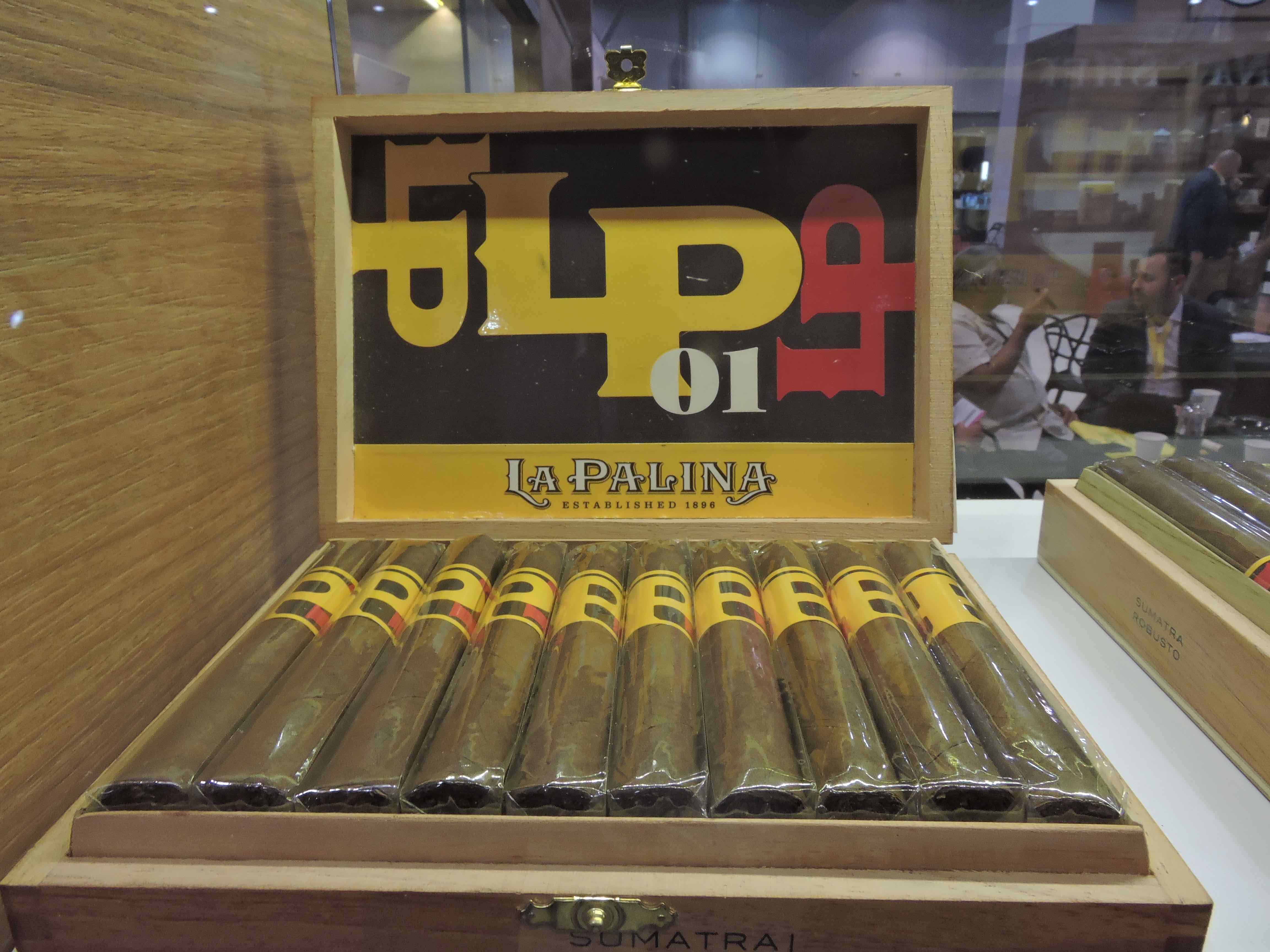 Without further ado, let’s break down the La Palina Number Series LP01 Robusto and see what this cigar brings to the table.

The La Palina Number Series LP01 is available in four sizes each presented in 20-count boxes.

The Sumatra wrapper of the La Palina Number Series LP01 Robusto had a medium brown color. Upon closer examination, there was a slight amount of mottling on the surface. The surface also had a light amount of oil on it. Overall this was a smooth wrapper with only some thin visible veins and nominally visible wrapper seams.

The band has a black background highlighted by a yellow “LP” and a white “01” on the center of the band. In landscape mode on the right side is a red LP01. This lettering very much has a mid-1960s retro-theme to it.  On the right side is a design representing a white seal. There is a white “LP” on it with the text “LA PALINA” and “1896” above and below it respectively.

A straight cut was used to commence the smoking experience of the La Palina Number Series LP01 Robusto. Once the cap was removed, I proceeded with the pre-light draw ritual. The cold draw delivered a mix of sweet natural tobacco, earth, and a very subtle almost mint-like note. I considered this to be a satisfactory pre-light draw experience. At this point, it was time to light up my LP01 Robusto and see what the smoking experience would have in store.

The La Palina Number Series LP01 Robusto started out with a mix of natural tobacco, cedar, black pepper, earth, and some of the subtle mint-like note I got on the pre-light draw. On the retro-hale, I detected an additional layer of black pepper. As the LP01 Robusto moved through the first third, the natural tobacco and cedar remained in the forefront, but the natural tobacco developed what I can best describe as a savory quality to it. The earth and pepper notes settled into the background and the mint-like note dissipated.

During the second third, the savory qualities of the natural tobacco continued. There still was a cedar presence in the forefront. At the same time, some citrus sweetness got into the mix. As the cigar moved through the second third, the citrus quality became more prominent and the savory qualities began to diminish. There was a slight increase in the pepper around the midway point with the earth notes further in the background.

There was more in the way of cedar and pepper spice during the last third. The citrus component was also still present. The natural tobacco and earth notes were now secondary notes and most of savoriness that was present early on had dissipated. This is the way the La Palina Number Series LP01 Robusto came to a close. The resulting nub was firm to the touch and cool in temperature.

While there was an occasional bit of jaggedness on the burn line, I found the LP01 Robusto had no problem maintaining a straight burn path. The resulting ash was skewed toward the firmer side. This was an ash that had a salt and pepper color to it. Meanwhile, the burn rate and burn temperature remained ideal throughout the smoking experience. 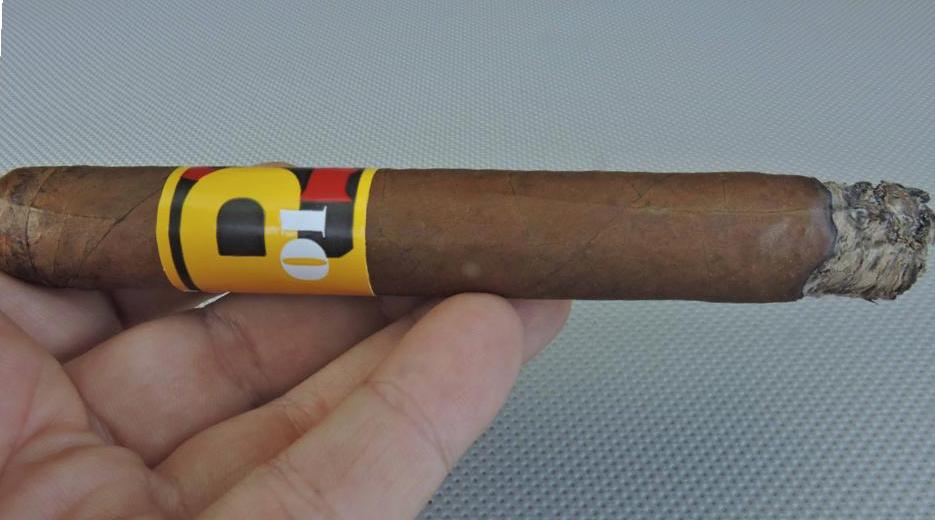 The LP01 Robusto had an excellent draw. It has a touch of resistance to it – which is something that I like. At the same time, this is a cigar that was not difficult to derive flavor from.

Overall, I found the LP01 Robusto to be a medium strength, medium-bodied cigar from start to finish. There was a nominal increase in intensity of both attributes, but by the time the cigar experience came to a close, I still found both the strength and body to be medium.

The Number Series has certainly had its share of criticism from a packaging standpoint – much of it I think is unfair as I enjoy the 60s retro-theme to it. When it came to the La Palina Number Series LP01 Robusto, some of the savory qualities and even the subtle mint note early seemed to differentiate the LP01 Robusto from many other Sumatra cigars. The problem is this cigar just seemed to lack what I term “wow factor” – and was more or less an average smoke in my book. As for myself, I found there was still enough going on where I would pick up one of these cigars again. The medium profile makes this an attractive cigar for the novice or experienced cigar enthusiast, but at $9.50, you may want to try a sample first.