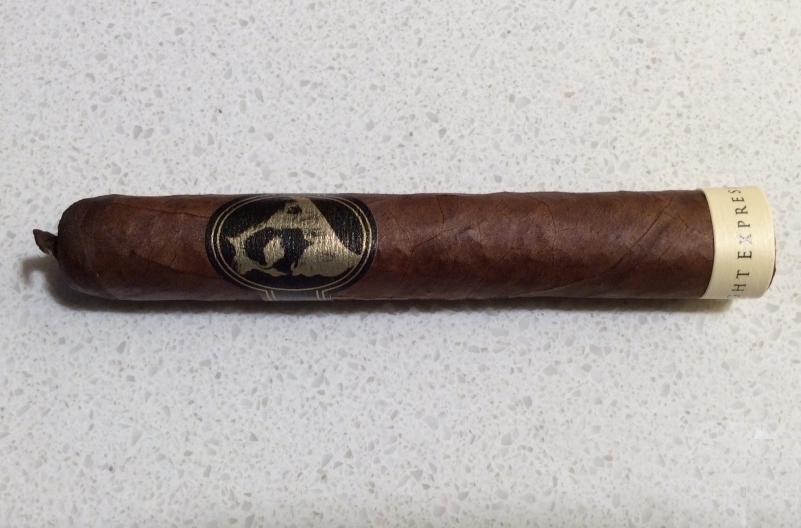 Eastern Standard has grown into a full-fledged brand in the Caldwell portfolio. There was also a limited edition cigar known as Dos Firmas (Caldwell Signature) and a recently released Sun-grown Habano.

The Eastern Standard Midnight Express is not just the original Eastern Standard blend with a maduro wrapper put on it. There are two key components that went into this blend. First up, the filler components are similar to what is in the Eastern Standard. The wrapper uses the same leaf that is found on the Caldwell The Last Tsar line. That wrapper is a hybrid Connecticut Arapiraca. While it is called a “maduro” on The Last Tsar, the wrapper has more of a classic dark maduro look. This is the result of the Connecticut Arapiraca wrapper undergoing additional fermentation to get the darker color. The Eastern Standard Midnight Express is produced at Tabacalera William Ventura in the Dominican Republic. 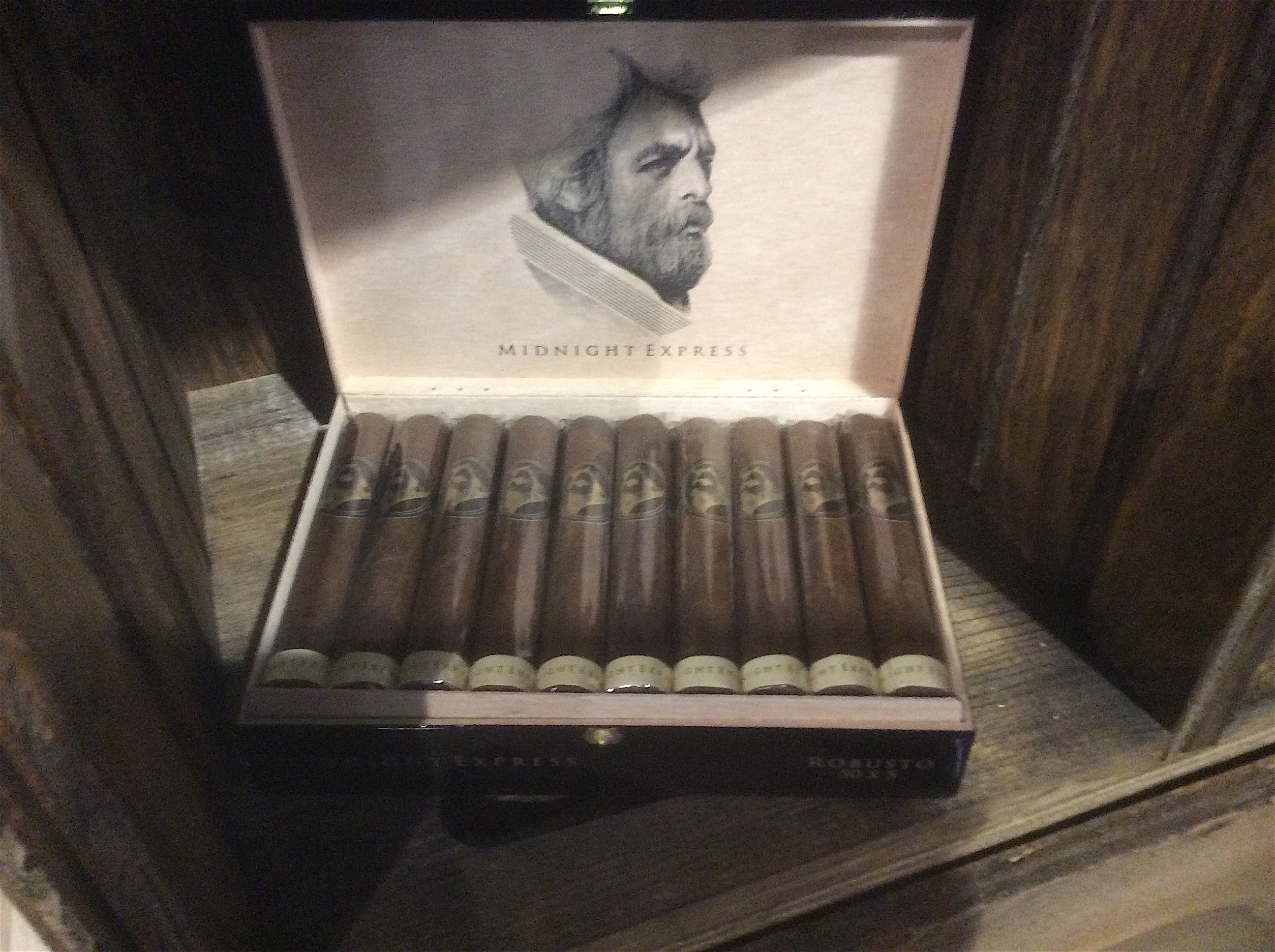 The band is an offshoot of the original Eastern Standard band. The cigar has the image of a bearded man, but as opposed to being a black pencil sketch on the white background, the Midnight Express has a black background with a gold silhouette  To the left of the band is the text “EASTERN” and “LIVE FAST” in gold font. To the right is the text “STANDARD” and “DIE YOUNG”.

The Eastern Standard Midnight Express also contains a secondary band that surrounds the footer. This band is antique white with the text “MIDNIGHT EXPRESS” in dark font.

The cigar experience commenced with the removal of the footer band. As opposed to pulling the pig-tail off the Eastern Standard Midnight Express Robusto, a straight cut was used to remove both the cap and pig-tail. From that point, it was on to the pre-light draw. The cold draw delivered a mix of mocha (a cross of chocolate and coffee notes), cream, and a slight tingly spice. I considered this a satisfactory pre-light draw. At this point, it was time to light up the Eastern Standard Midnight Express Robusto and see what this cigar would bring to the table.

During the second third, the floral and pepper notes started to increase in intensity. During this stage, the creaminess that was present with the mocha notes slowly began to diminish. By the midway, the floral notes joined the mocha in the forefront. Meanwhile, there still was a natural tobacco component in the background.

The last third saw the mocha and floral notes remain in the forefront. The pepper notes slightly increased, but never really overtook the other flavors. There were still some touches of natural tobacco remaining. This is the way the Eastern Standard Midnight Express Robusto came to a close. The resulting nub was slightly soft the touch and cool in temperature.

While the Eastern Standard Midnight Express Robusto had a relatively straight burn path, I did find this cigar needed slightly above the normal number of touch-ups to maintain that path. The burn line wasn’t the cleanest and at times got a little jagged. The resulting ash had a light gray color. This wasn’t overly firm and at times was prone to some flaking. Meanwhile, the burn rate and burn temperature were both ideal. 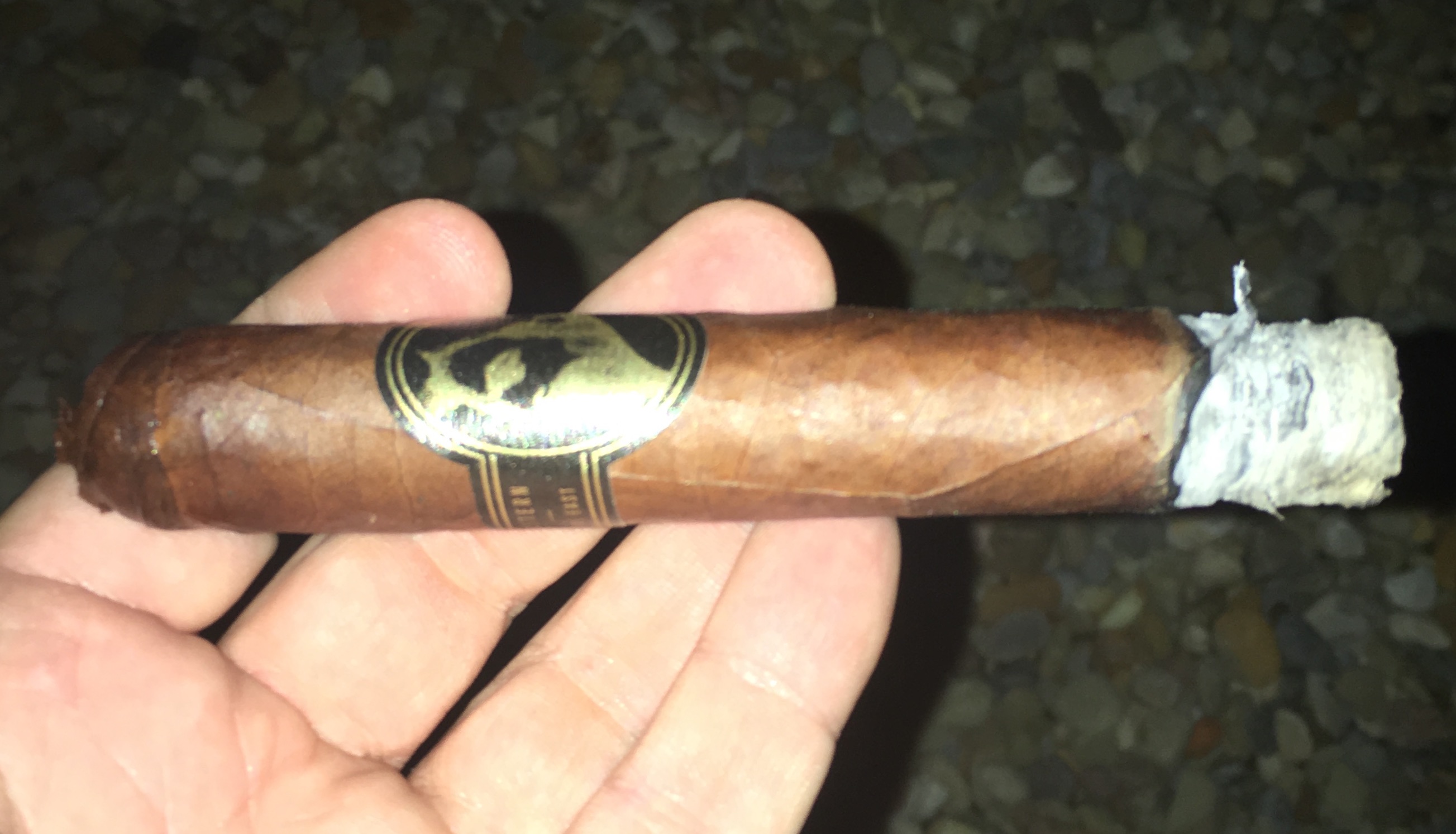 The draw to the Eastern Standard Midnight Express Robusto had a nice balance of openness and resistance. This was a low maintenance cigar to derive flavor from.

A couple of years ago, I did smoke a couple of Eastern Standard Midnight Expresso Robusto cigars and I found it to be a bold cigar that was close to a full-strength, full-bodied cigar. This time was a different story as I was treated to a cigar that was medium-strength, medium-bodied. For the most part, there was only a slight variance in the strength. While these cigars were purchased a couple of months ago, I’m not sure how long they were on the retailer shelves. I did find the fact this cigar mellowed worked in favor of the Midnight Express Robusto.

Normally any time I detect a floral note in a cigar, it is something that immediately loses my attention. When it came to the Eastern Standard Midnight Express Robusto, I found this to be an exception and the floral note fit very well into the overall flavor scheme. I didn’t find the Midnight Express Robusto to be the most complex of cigars, but the flavors delivered were solid. Finally, I think the fact the cigar wasn’t “in your face” with strength and body worked in favor of this blend. This is a cigar I would recommend to an experienced cigar enthusiast, but I wouldn’t discourage a novice from trying. At $11.20, it’s not the cheapest of cigars, but it’s still one I would pick up and keep in my humidor