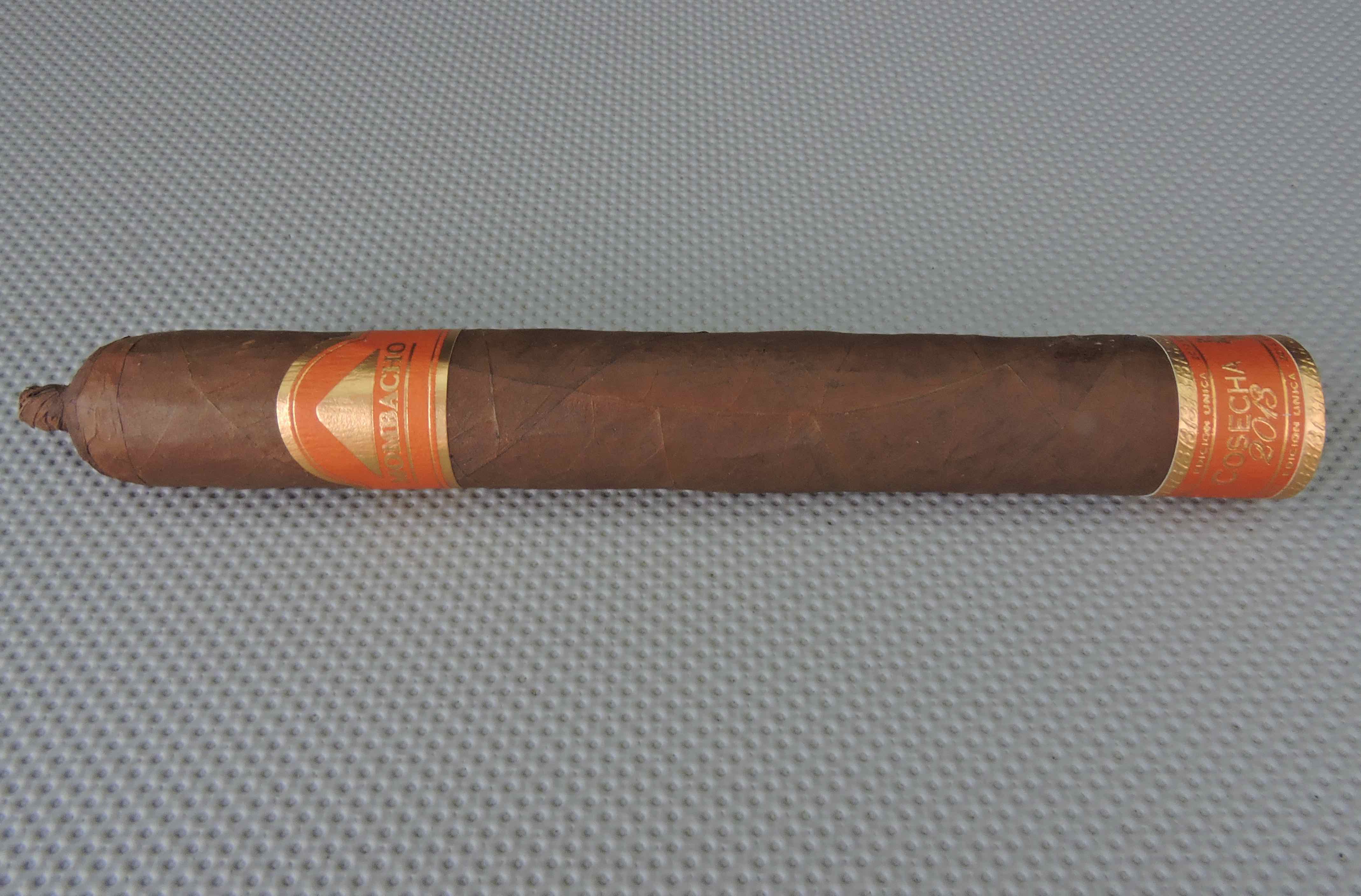 The Mombacho Cosecha 2013 is the second installment in Mombacho Cigars’ Cosecha series.  The name “cosecha” is Spanish for “harvest”.  It’s a concept that is analogous to the wine world – namely harvesting premium grapes from a particular crop.  When it comes to cigars, it involves using tobaccos from a harvest year. Mombacho Cigars is known for its 100% Nicaraguan tobacco releases, and last year company President and Master Blender Claudio Sgroi decided to create an analogous limited edition vintage series, and thus the Cosecha line was born. The first release was the Mombacho Cosecha 2012. It uses Nicaraguan tobaccos exclusively from 2012. This year a different blend using tobaccos from a 2013 crop was created known as the Mombacho Cosecha 2013. Today we take a closer look at that cigar.

Cosecha is a project that had two key steps. First Sgroi and his team worked to select the best tobaccos they can find for a particular vintage year. The tobaccos were set aside and the following year were rolled. Once rolled, the cigars were stored at the company’s Casa Favilli factory in Grenada, Nicaragua for additional long-term aging. The date the cigars were rolled is stamped on the back of the cigar’s primary band. In the case of the Cosecha 2013, it uses tobaccos from the 2013 crop and the cigars were rolled in October 2014 and had been aging at Casa Favilli until it shipped in July. Currently, Mombacho has said there are Cosecha 2014 and Cosecha 2015 releases that are forthcoming. 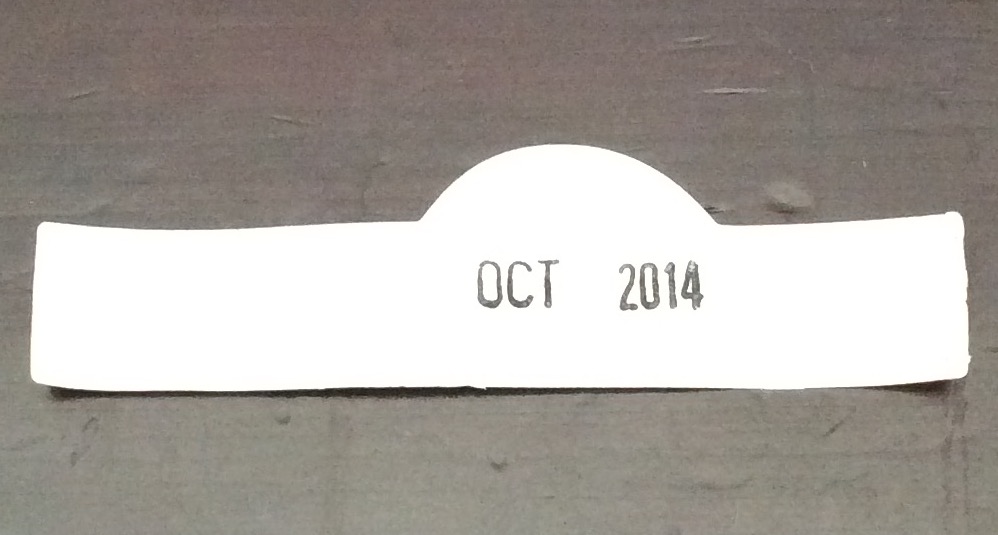 Plans were for the Mombacho Cosecha 2013 to make it to retailers in the spring. However, according to Mombacho Cigars, the civil unrest taking place in Nicaragua created some delays in getting the product. Grenada has been one of the cities impacted hardest by the situation in Nicaragua. As a result, the Cosecha 2013 did not make it out until July and ended up being showcased at the 2018 IPCPR Trade Show.

Without further ado, let’s break down the Mombacho Cosecha 2013 and see what this cigar brings to the table.

Other than the fact that the Mombacho Cosecha 2013 uses 100% Nicaraguan tobaccos from a 2013 crop, the specific leaf components have not been disclosed.  The cigars were rolled in 2014 and have been aging since then. 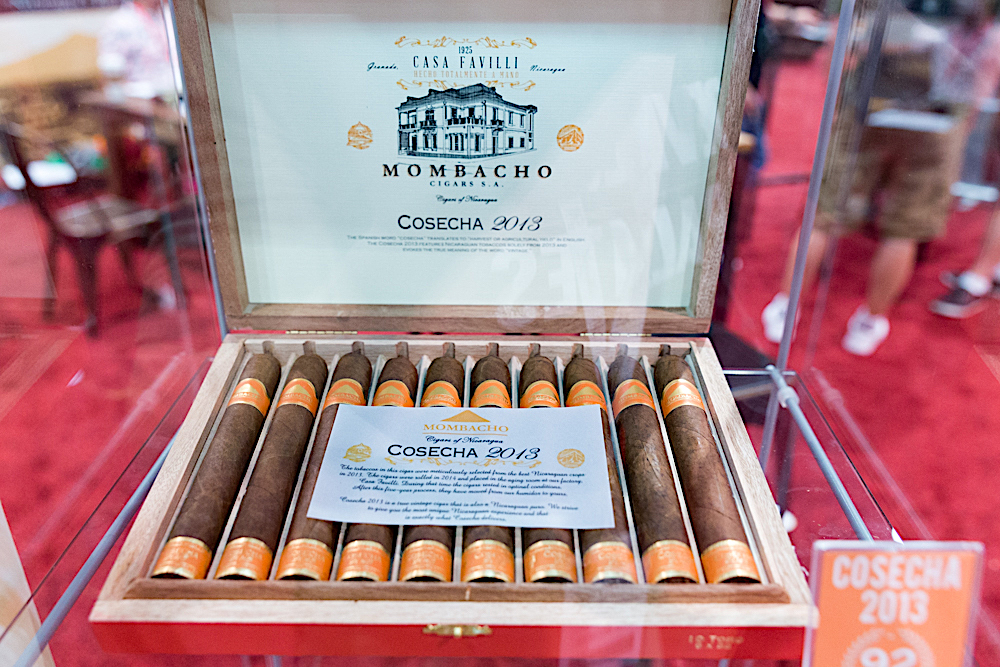 The Nicaraguan wrapper of the Mombacho Cosecha 2013 had a medium brown color with a subtle rosado tint to it. There was a light coating of oil on the surface of the wrapper. The wrapper had some thin visible veins and thin visible wrapper seams. Like the 2012 edition, the Cosecha 2013 was finished with a thick pig-tail.

The Mombacho Cosecha 2013 uses very similar banding to the 2012 edition. The primary band has an orange background with gold trim and gold font. On the front of the band, it features the company’s triangular volcano logo. Just below it is the text MOMBACHO. On the left side of the band is the text “Grenada Nicaragua” in cursive font while on the right side is the text “Casa Favilli” – also in cursive font.

The secondary band is also orange with gold trim and gold font. It features the text “COSECHA 2013” on the center of the band. On the left side of the band is the text “TOTALAMENTE A MANO” while on the right side is the text “PURO NICARAGUA”. There are also some gold adornments to the left and right. In a ticker tape pattern toward the top and bottom is the text “2013 EDICÍON UNICA” – also in gold font.

A straight cut was used to remove both the cap and pig-tail of the Mombacho Cosecha 2013 simultaneously. Once the cap was detached it was time to move to the pre-light stage. The cold draw delivered a mix of cedar and mineral notes. Overall it was a simple, but satisfactory pre-light draw. At this point, the footer band was removed and it was time to light up the Cosecha 2013 and see what the smoking phase would have in store.

Later in the first third, some of the earth notes developed into more of a classic coffee bean flavor. This flavor moved up into the forefront and alternated in intensity with the natural tobacco. The cedar/orange rind note also remained grounded in the forefront. Meanwhile, there were still hints of pepper in the background. By the midway point, the coffee bean notes receded back into the background.

The last third saw the coffee bean notes increase in prominence, again rejoining the natural tobacco in the forefront. The cedar/orange rind component diminished. There was an increase in the pepper-spice, but it never overpowered the blend. This is how the smoking experience of the Mombacho Coscheca 2013 came to a close. The resulting nub was firm to the touch and cool in temperature.

The burn of the Mombacho Cosecha 2013 performed quite well. The cigar maintained a straight burn path from start to finish. The burn line had a slight curvature to it, but the cigar was never in danger of getting off-track and canoeing. The ash itself was firm with a light gray color to it. The burn rate and burn temperature were both ideal. 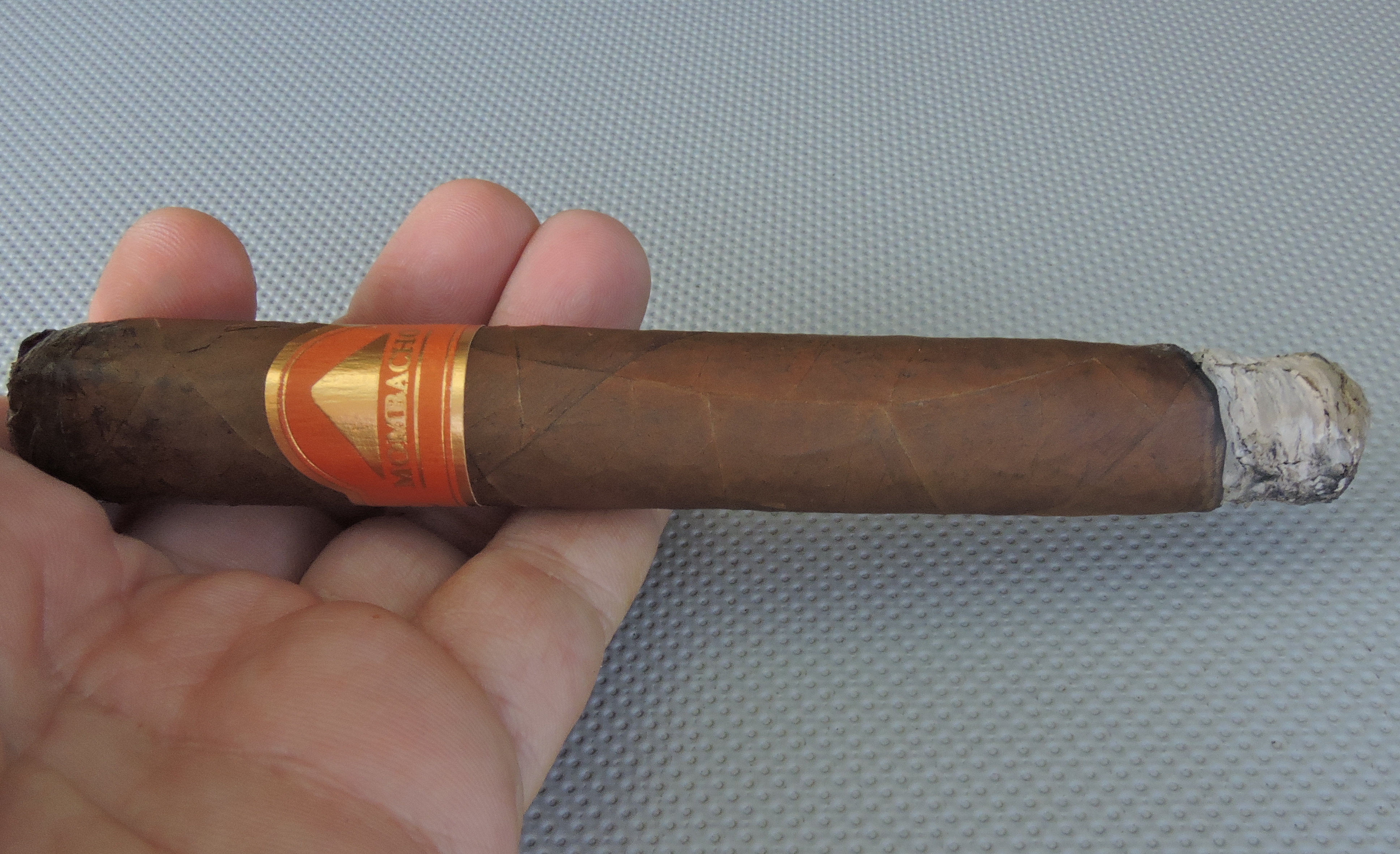 Burn of the Mombacho Cosecha 2013

Draw-wise, I found the Mombacho Cosecha 2013 to perform quite well. I found this cigar maintained a nice balance of openness and resistance. This was also a low maintenance cigar to derive flavor from.

In terms of strength and body, the Mombacho Cosecha 2013 is a cigar that started out medium. There is a slow and steady build up in intensity along the way. While there was more strength and body in the second half, I still assessed both attributes as medium.

Looking at strength versus body, both attributes balanced each other nicely with neither attribute overshadowing the other.

When it comes to the Mombacho Cosecha 2013, there will be obvious comparisons with to its predecessor, the Mombacho Cosecha 2012. I still prefer the 2012 to the 2013, but that’s not a knock on the 2013. The Mombacho Cosecha 2013 is a very good cigar – and it’s one of the better cigars that Mombacho has put out. The cigar has a good flavor profile that was not “cookie cutter” and its the first two-thirds of this cigar is where this cigar shined.  It’s a cigar that I would still recommend for the novice or experienced cigar enthusiast. The Cosecha 2013 carries a price point at over $20.00 and (at press time) is a tough cigar to find. If you do find it, it’s worth buying multiples for your humidor.