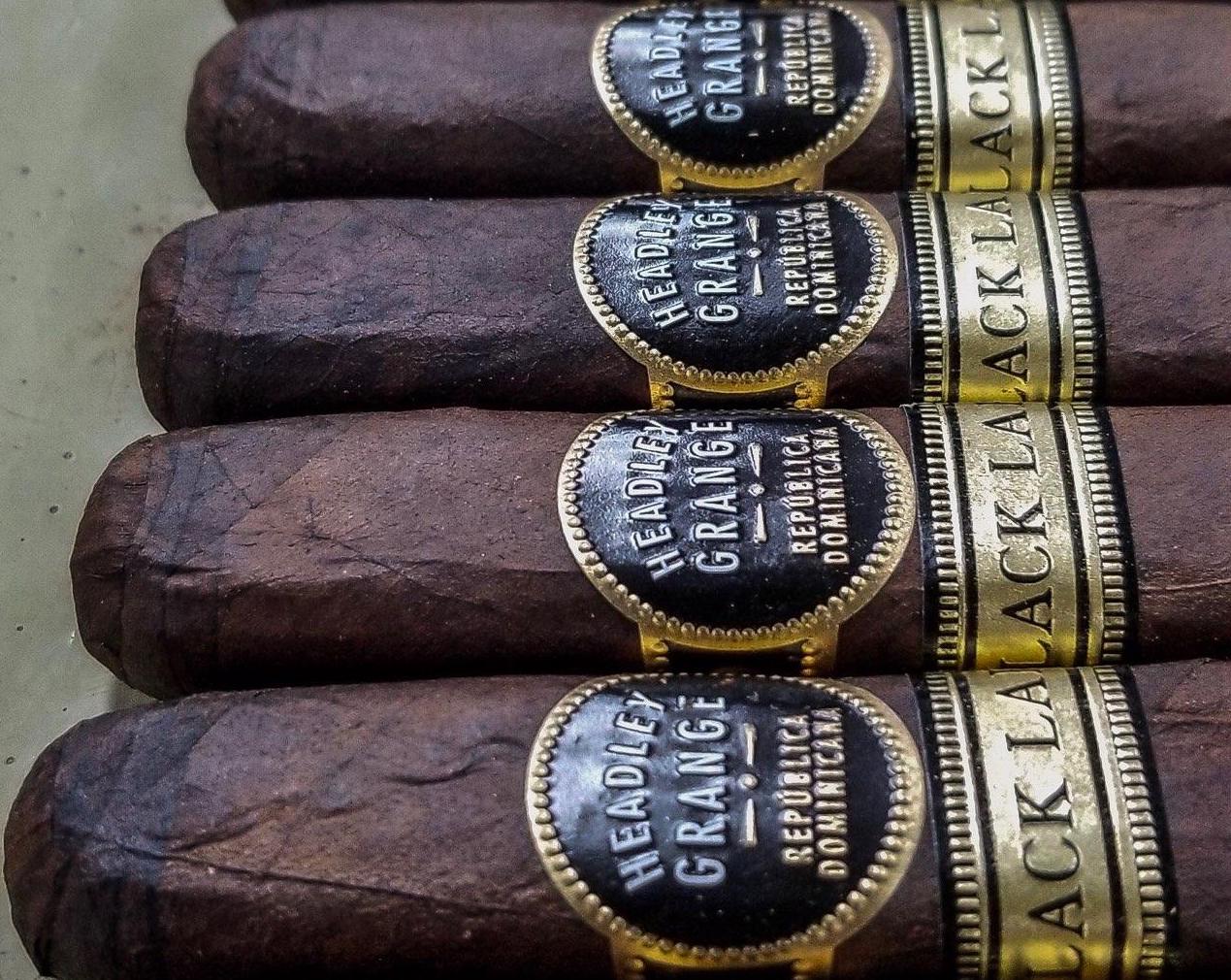 Made at Ernesto Perez-Carrillo’s Tabacalera La Alianza, the Black Lab utilizes the original Crowned Heads Headley Grange blend. It then incorporates a Connecticut Habano Maduro wrapper. The cigar is then box pressed and utilizes a closed foot. Black Lab is the first Crowned Heads cigar to feature the closed foot. While Black Dog was a rounded parejo, the Black Lab is a 6 x 52 box pressed Toro.

Connecticut Habano Maduro is a wrapper that Crowned Heads has used before – namely on its Four Kicks Maduro. The remainder of the Black Lab blend utilizes Nicaraguan tobaccos for the binder and filler.

Headley Grange gets its name from the former recording studio of that same name in East Hampshire, England that was used by bands such as Led Zeppelin, Fleetwood Mac, and Genesis. Led Zeppelin had an indirect influence on the project. It was John Bohnam’s opening drum track from “When the Levee Breaks” that inspired the blend developed. The Black Dog is a play on another Led Zeppelin song, with the same name “Black Dog”. “Black Lab” is a play on that name as a Labrador retriever was said to inspire that song.

At a glance here is a look at the Crowned Heads Black Lab LE 2018.

The Black Dog line available to JR Cigar is available in the following sizes: