Agile Cigar Reviews are cigar assessments where we use a lightweight, shorter format. These will never take the place of our comprehensive reviews. They are only used on blends we have previously assessed. This might be a blend we are re-scoring or giving a score for the first time. It might be a blend we are looking at in a different size. Today we look at the Cornelius Lonsdale by Cornelius & Anthony. This is a cigar we previously assessed back in November 2016 in the Robusto size. 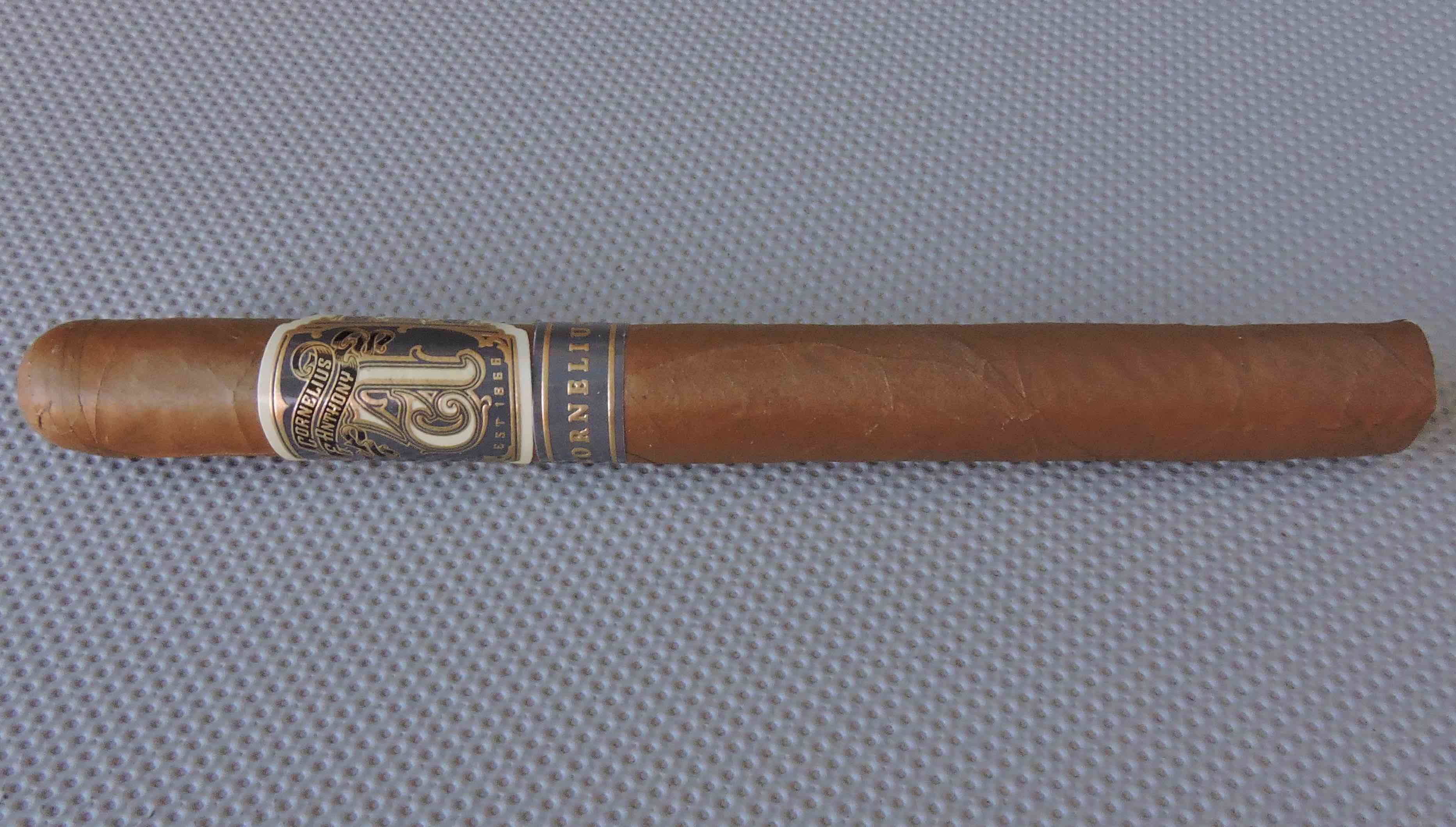 Cornelius & Anthony is the premium cigar division S & M Brands. S & M Brands is owned by the Bailey family and run by Steven Bailey. The family has over 150 years in the tobacco industry. After a couple of misfires, the company got its traction and had its first official start in 2016. The first release would be a cigar that would pay homage to Steven Bailey’s great-grandfather, Cornelius Bailey. It was Cornelius Bailey who ran the family’s tobacco business when it was established back in 1866. Cornelius was a line that was launched in three sizes, but the following year, the company would extend the line by adding a 6 1/2 x 42 Lonsdale size. Today, we take a closer look at that cigar – the Cornelius Lonsdale. This is a cigar that has been aging in the Cigar Coop humidor for about one year.

Fast forward to 2019 and Cornelius & Anthony has now established a portfolio of eight lines. Of those eight lines, seven are produced at Erik Espinosa’s La Zona factory in Estelí, Nicaragua. Cornelius is the one exception as that cigar is produced in the United States at the El Titan de Bronze factory. It’s a cigar highlighted by Ecuadorian tobacco for both the wrapper and binder over a filler consisting of Dominican and Nicaraguan tobaccos. The Cornelius Lonsdale is currently lonsdale-sized offering across the eight lines in the Cornelius & Anthony portfolio.

The Cornelius Lonsdale started out with notes of sweet natural tobacco, earth, cedar, and red pepper. There was also a slight floral component mixed in with the natural tobacco. Early on the earth and natural tobacco moved into the forefront with a definite creamy texture to it. As the cigar experience progressed into the second third, the earth notes took over as the sole primary note maintaining that creamy texture. The natural tobacco subsided joining the pepper and cedar in the background. Later in the second third, the cedar notes increased in intensity, moving toward the forefront toward the end and taking over as the primary note. Throughout the smoking experience, the flavors were medium-bodied countered by medium strength. On the retro-hale, there was a combination of red pepper and cedar with the red pepper diminishing as the cigar experience progressed.

When it came to the Lonsdale size of the Cornelius line, I found this size to be the best expression of this particular blend. The Cornelius has always been a blend that strikes a nice balance between sweetness and spices. With the Lonsdale, there are some additional elements of smoothness and creaminess. Add to the fact that this cigar had a year of age on it – and it’s a winner. It’s a cigar I could recommend to a novice or experienced cigar enthusiast. It’s a pricier cigar at $13.50, but one I’d still pick up one to purchase and smoke.