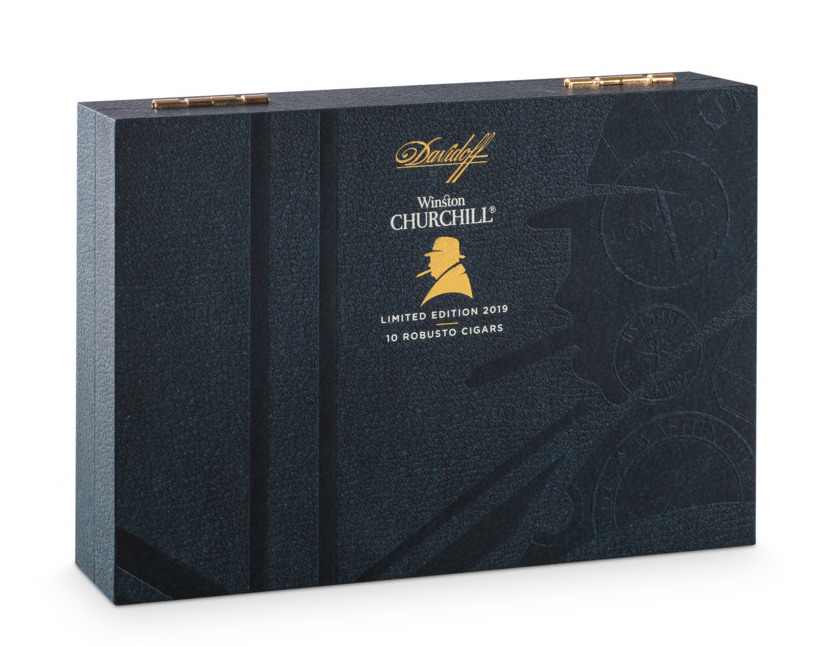 The Davidoff Winston Churchill 2019 is a multi-national blend featuring a Dominican wrapper, Mexican San Andres binder, and a combination of Dominican and Nicaraguan fillers. The cigars will be available in two formats – a Robusto and a Corona. The Corona size will be sold in five packs an exclusively at Duty-Free locations outside the U.S. According to Davidoff the Corona size will have the same strength and flavor but more intense aroma. 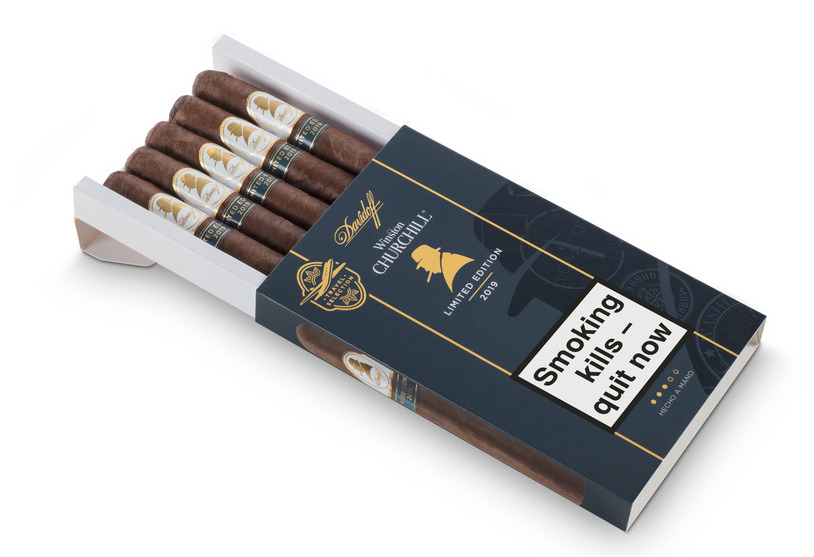 “After the successful launch of the Winston Churchill “The Original Collection” in 2014, and the great success of the more intense “The Late Hour” line, with the industry’s first, unique scotch cask-aged blend, our Master Blenders have taken on the challenge to create another complex multi-origin blend inspired by Winston Churchill’s rich character,” says Sybille Johner, Head of Brand Marketing at Oettinger Davidoff AG in a press release. “Sir Winston was an explorer, a traveller, all the time widening his horizons, exploring new places and trying new things. We wanted this limited edition to celebrate this facet of his character and our Master Blenders have done an amazing job at crafting a beautiful, extremely balanced Robusto cigar that will take aficionados on an exciting sensory journey”. 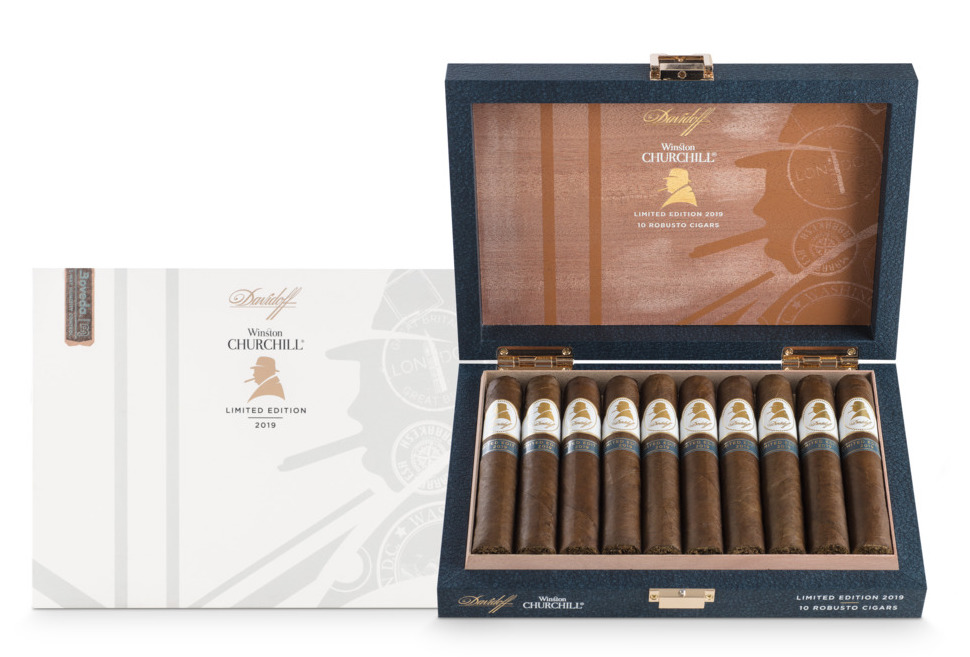 A total of 8,000 ten-count boxes of the Robusto format will be released worldwide. The boxes are inspired by leather travel cases and include a Boveda humidification device that will allow it to be reused as a humidor. 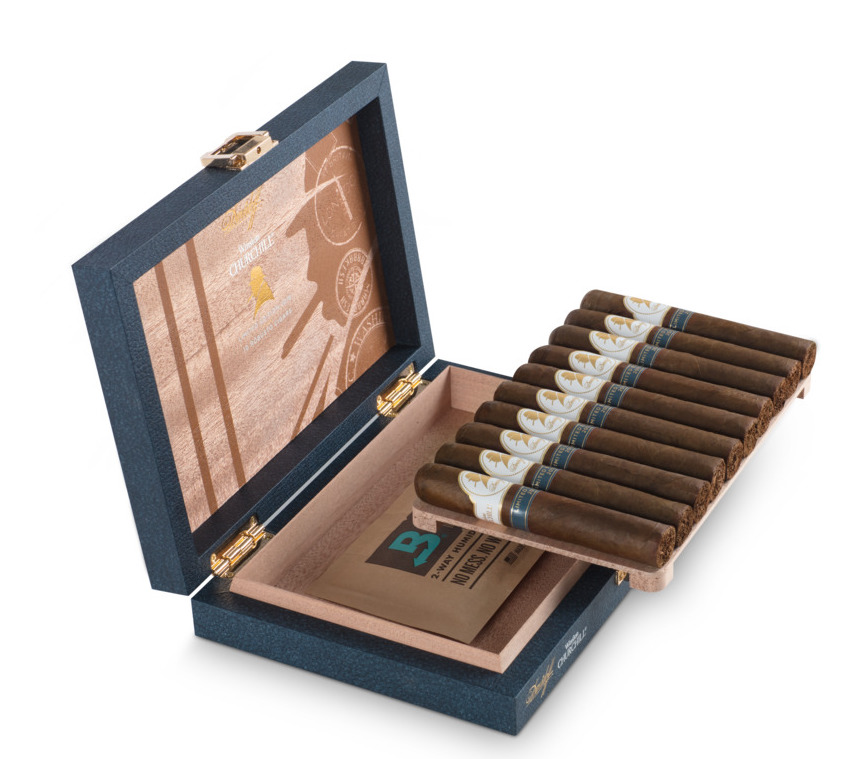 The leather travel boxes and the Coronas being sold at Duty-Free stores honor Sir Winston Churchill’s passion for traveling. In particular, the icon applied to the cigar boxes reflects some of the key places that marked Sir Winston Churchill’s paths: cities like London and Washington that built the Commander and the Statesman and places that inspired his art like Marrakesh. The icon is also applied to the Corona five pack.

In February, Davidoff will launch a contest around the theme of Winston Churchill The Traveler. This contest will encourage cigar enthusiasts to post a photo of their favorite Winston Churchill cigar at their preferred Davidoff or travel destination. By using the hashtag, #churchillthetraveller, there is a chance to win a Winston Churchill accessory.

At a glance, here is a look at the Davidoff Winston Churchill Limited Edition 2019.

Davidoff is also releasing a set of cigar accessories to complement the Davidoff Winston Churchill 2019 release. This includes two humidors, an ashtray, a cutter and a cigar case. 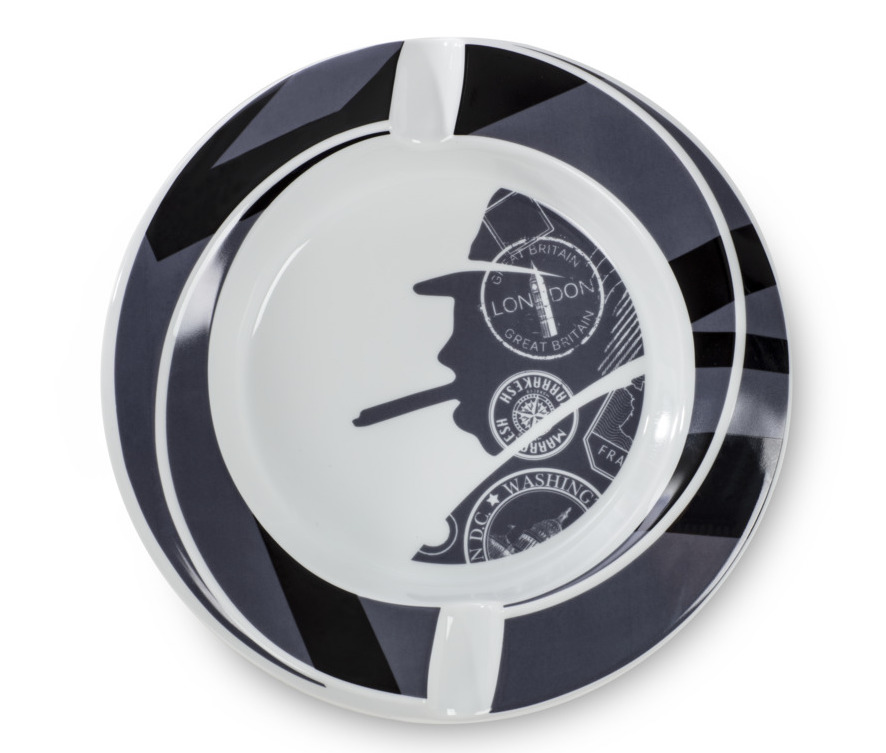 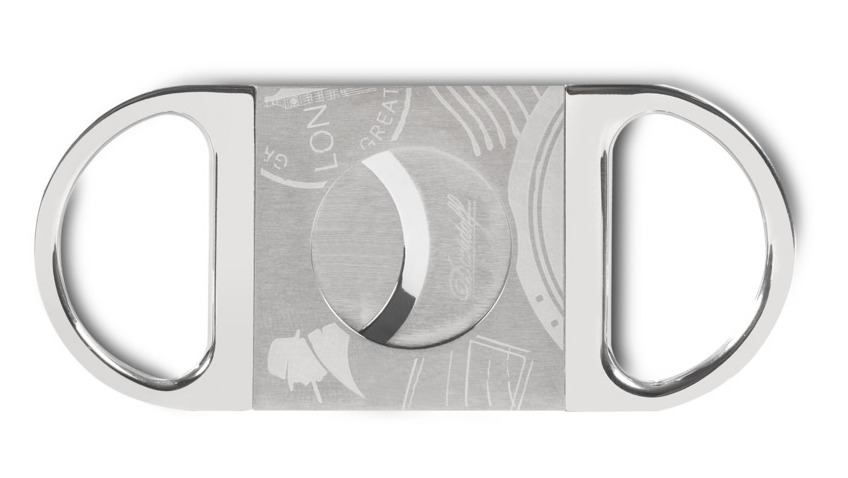 The humidors are available in two sizes: Primos (holds 35 cigars) and Ambassador (holds 70 to 80 cigars). 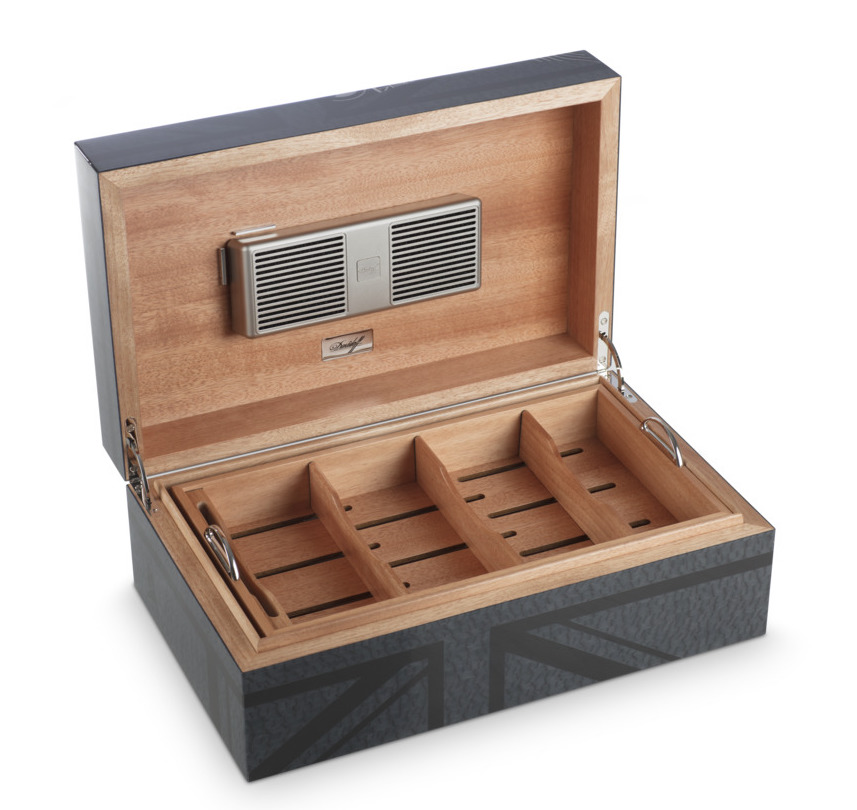