It’s the 2018 Postseason on Cigar Coop! This is our year in review of the Cigar Industry.

Our postseason coverage consists of:

Our tentative schedule is below. There may be some changes or swaps in the next few days. 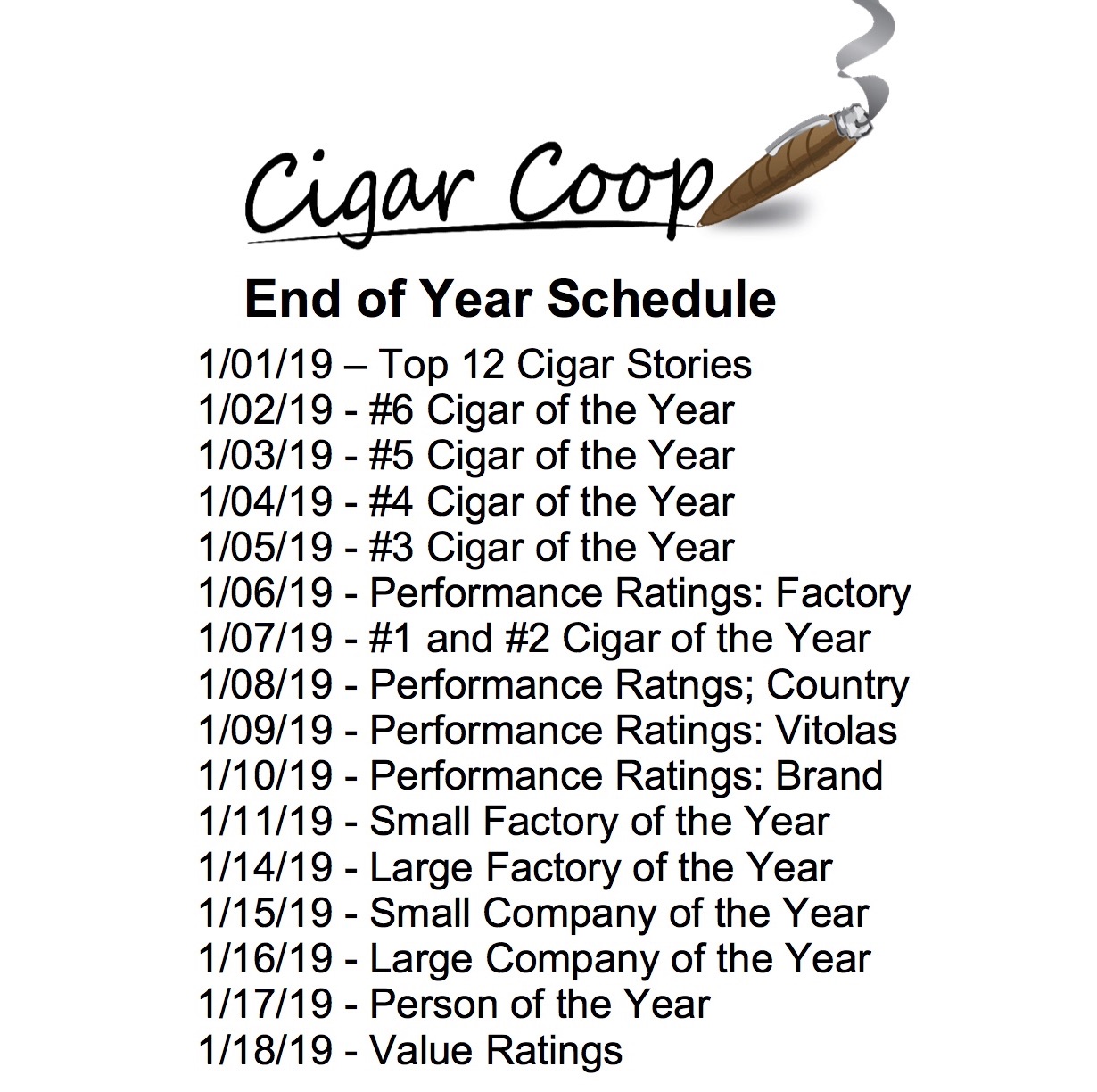 2019 will be an exciting year for Cigar Coop(I know, every cigar media outlet says that). Because it is the close of the decade, there will be a “Cigars of the Decade” list (not a Countdown) and most likely several decade postseason awards. The Cigars of the Decade list work actually has begun already.