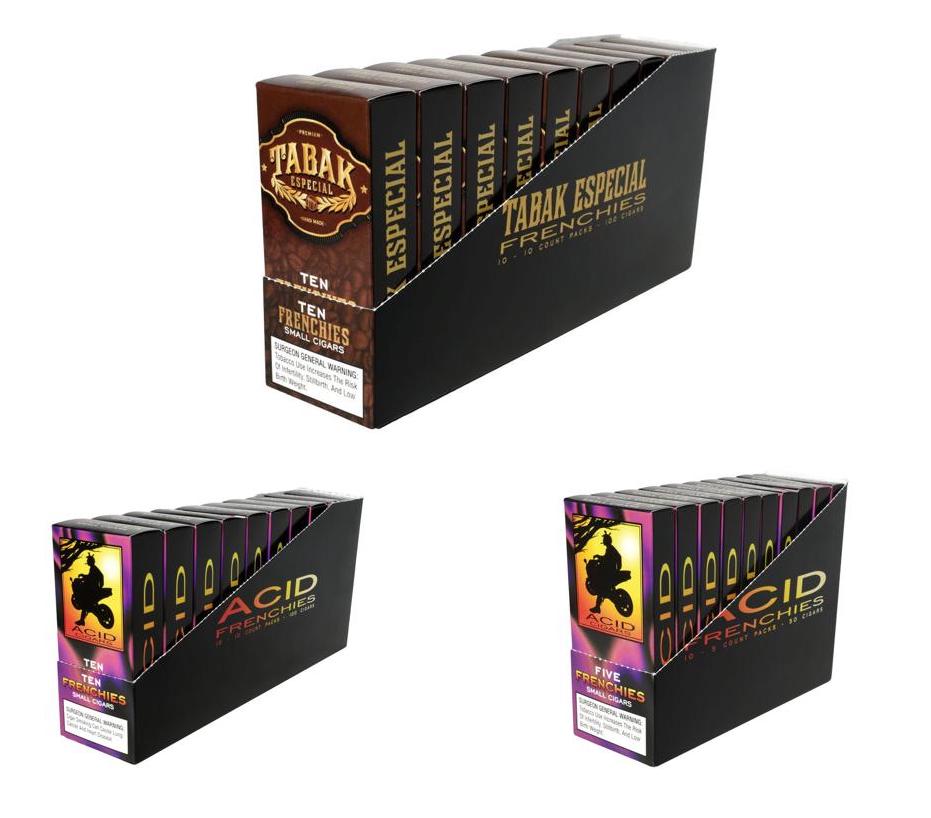 Drew Estate has announced a series of line extensions to its ACID and Tabak Especial lines called Frenchies. These are smaller cigars geared for a quick smoke. The cigars will make their debut at the 2019 Tobacco Products Expo (TPE) in Las Vegas which opens on February 11th.

The ACID Frenchies feature a Sumatra wrapper over Nicaraguan fillers. The Tabak Especial Frenchies feature an Ecuadorian Connecticut Shade wrapper over Nicaraguan fillers. Both offerings are 3 1/4 x 20 vitolas. Tabak Especial Frenchies will be packaged in 10-count packs (priced $9.99 per pack) while ACID Frenchies will be offered in both 5 and 10-count packs (priced $5.99 and $9.99  per pack respectively). Both are shipped to retailers in 10-count merchandising sleeves and each pack features a Boveda humidification pack.

In a press release announcing Frenchies, Jonathan Drew, Founder and President of Drew Estate notes, “Frenchies are the mega start to kick off the 20th Anniversary of ACID, and a perfect way to enjoy ACID in any moment during your day. For you coffee freaks, we also have the Tabak Especial in this new mini size. Why Frenchies you ask? Well, French is the language of romance and people are going to LOVE these sticks.”

Orders will be taken by Phillips and King distributors at TPE and are scheduled to ship in June. In addition, Kwik Trip stores will be the first to sell Frenchies starting March 1st at its 650 locations. A full release to all sales channels is planned at the 2019 IPCPR Trade Show.