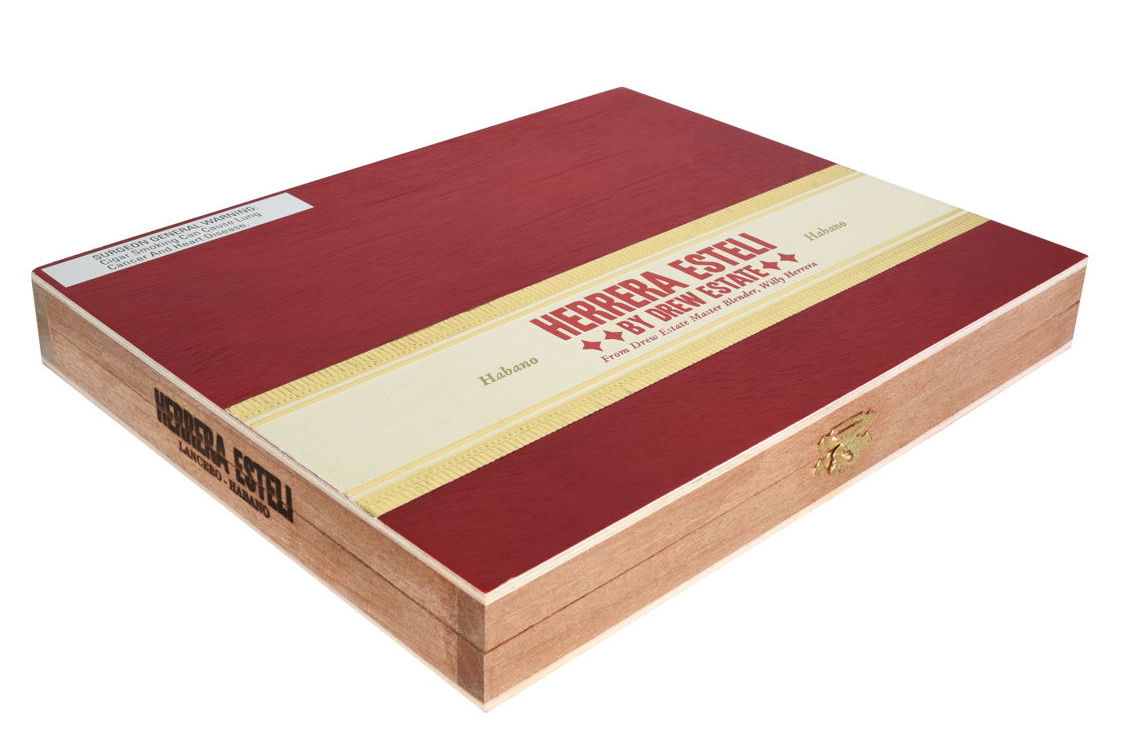 For the first time since 2014, Drew Estate is bringing back its limited edition lancero size of its original Herrera Esteli brand. This time, it will be dubbed the Herrera Esteli Habano Edición Limitada Lancero and feature the line’s new name (Habano) and new packaging.

In a press release announcing the return of the Herrera Esteli Habano Edición Limitada Lancero, Drew Estate Master Blender Willy Herrera commented, “The lancero is a notoriously difficult vitola to master both from a blending and rolling perspective. The same rollers who make the L40 are assigned to this special blend since they’re the best of the best. We took our time here at the factory when we decided to re-release this cigar so that every aspect from flavor to construction is perfection.”

Drew Estate says the cigars will ship immediately and also be showcased at the 2019 Tobacconist Association of America (TAA) Convention scheduled to take place Casa de Campo in the Dominican Republic from March 17-21.

For details of our assessment of the 2014 of the  Herrera Esteli Edición Limitada Lancero, see our review below: