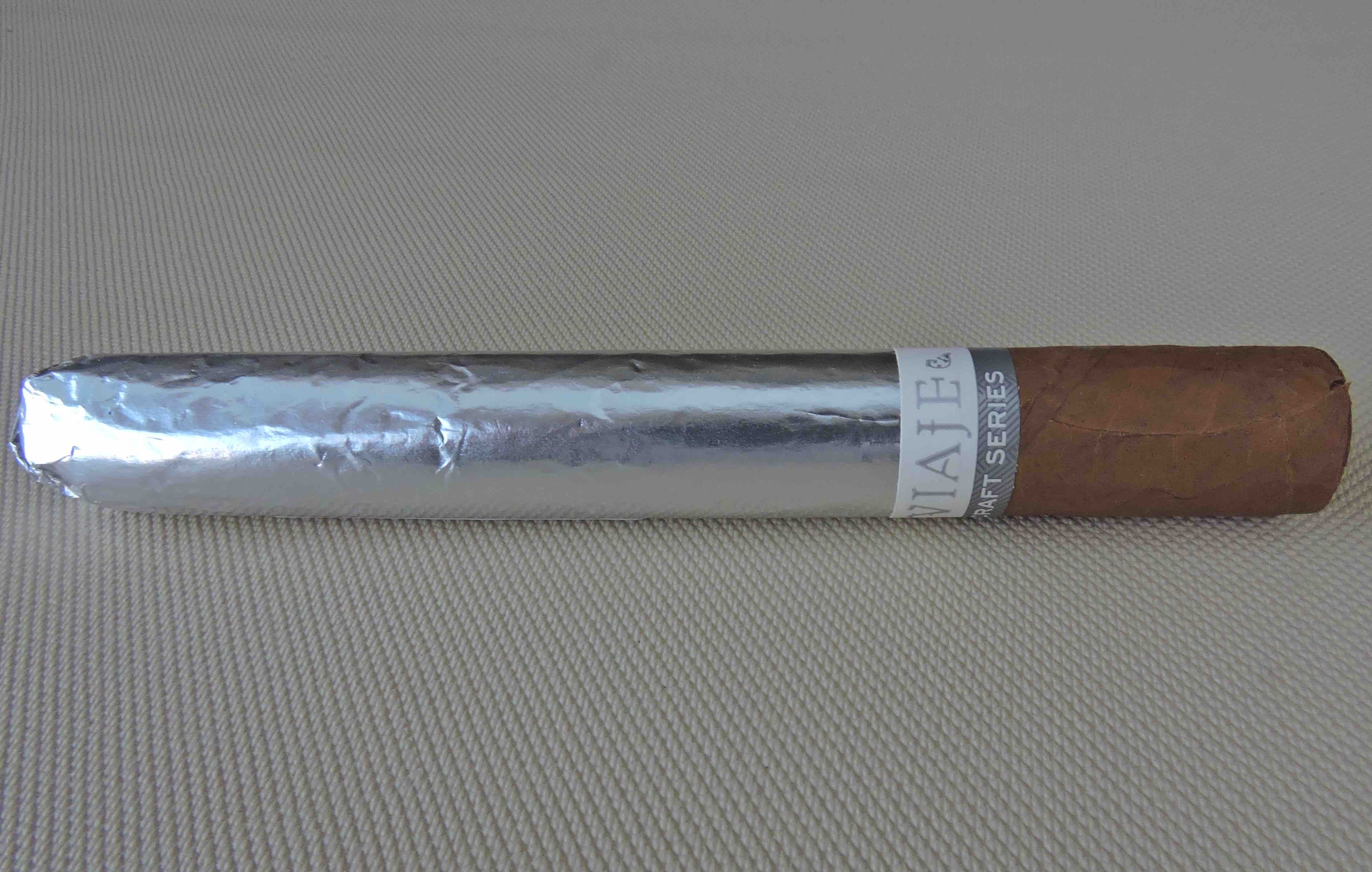 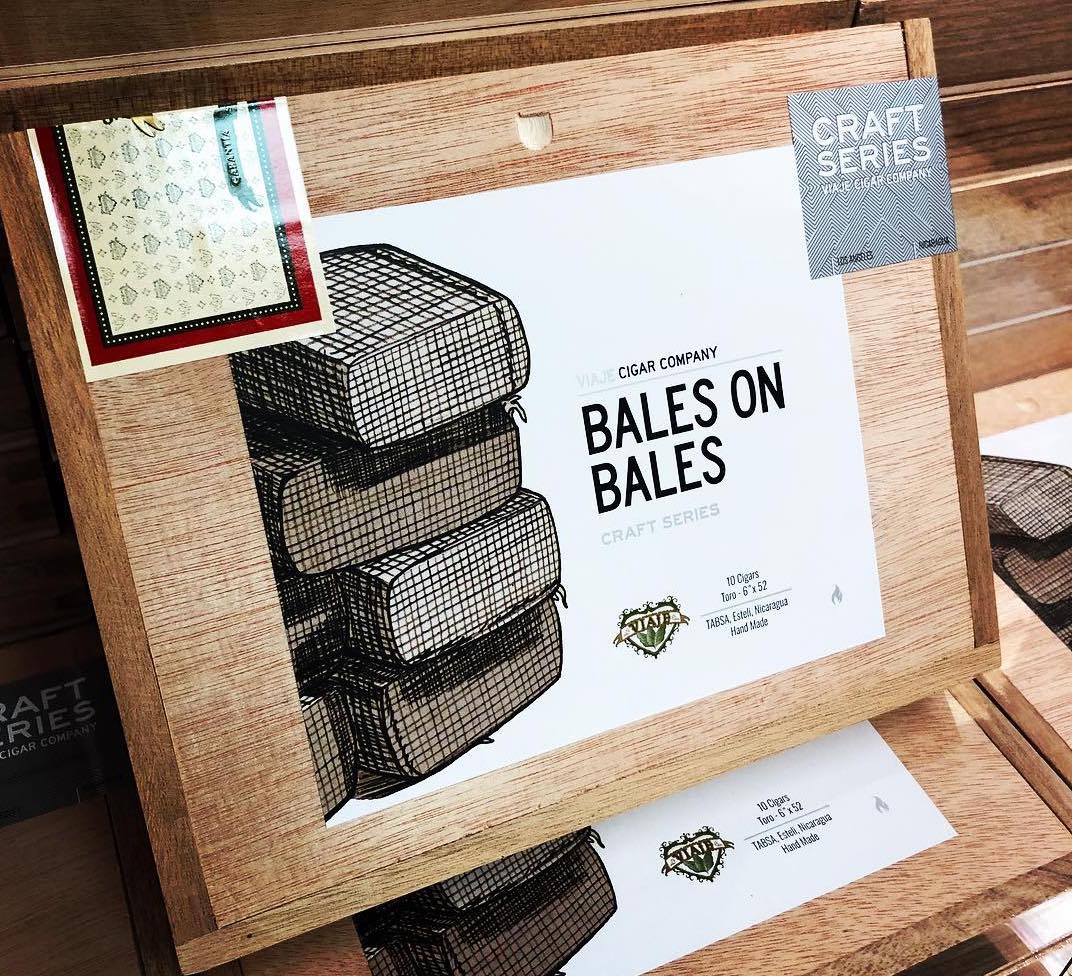 As for the Bales on Bales cigars used for this assessment, they had been aging in the Cigar Coop humidor for about ten months. Without further ado, let’s break down the Viaje Craft Series Bales on Bales release and see what this cigar brings to the table.

Bales on Bales is a Nicaraguan puro consisting of tobaccos that come from Aganorsa Leaf’s Nicaraguan farms.

Bales on Bales was made available in one size – a 6 x 52 Toro. The cigars were presented in ten-count boxes. 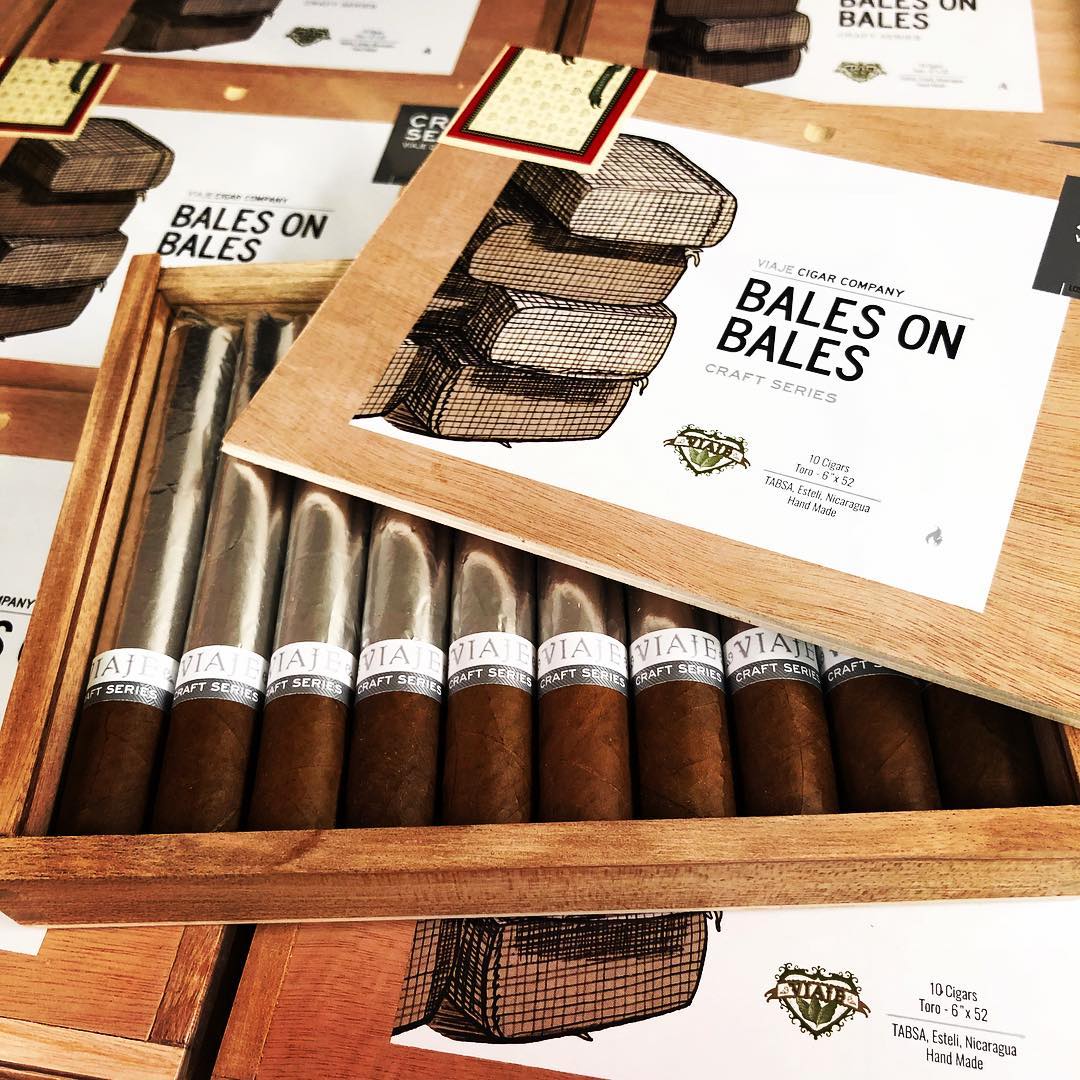 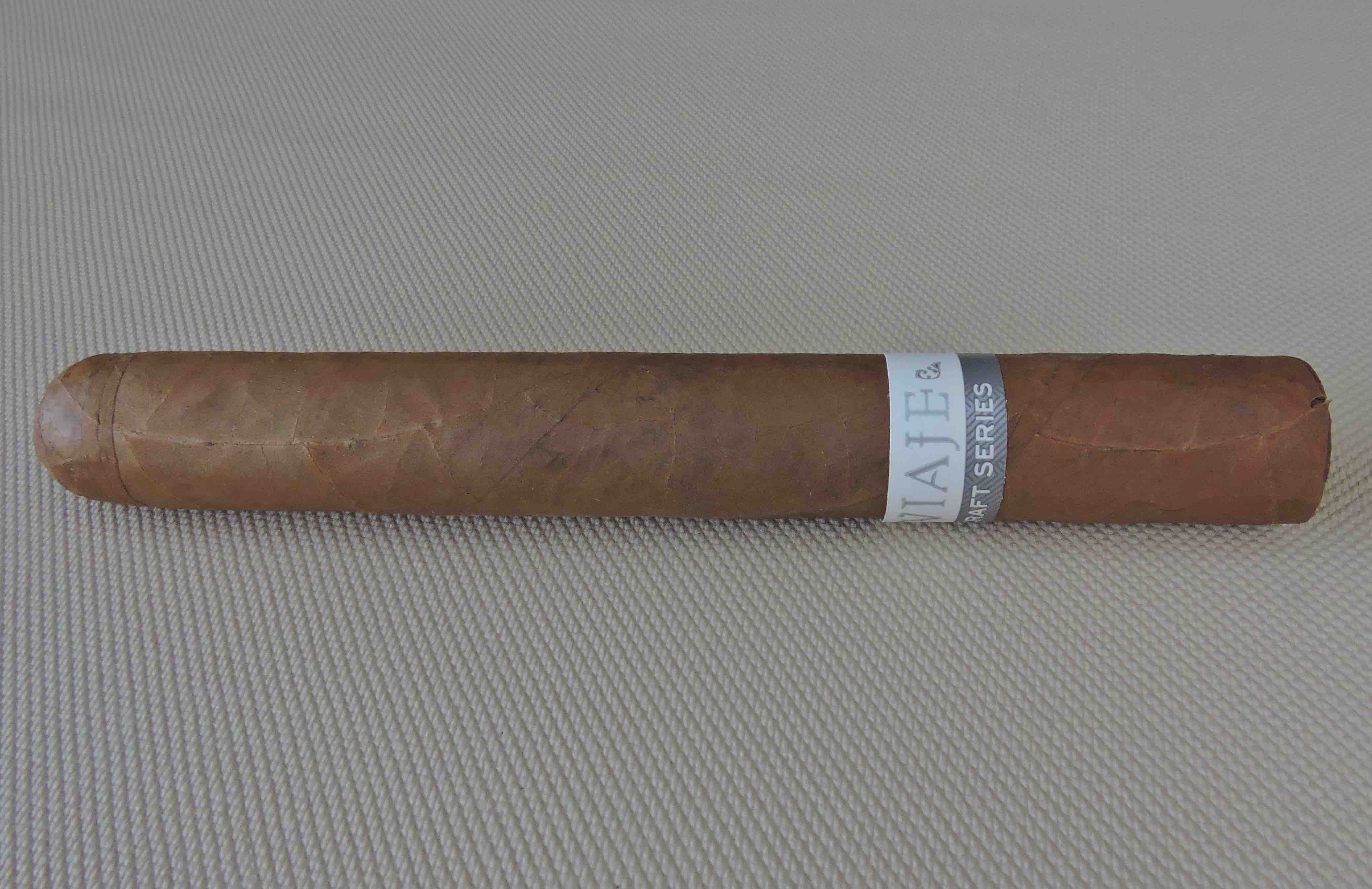 While it wasn’t the same size, the presentation of the banding Bales on Bales seemed like a variant of the Bolivar Gold Medal. The Bolivar Gold Medal is famous for a foil sleeve almost 2/3 the way down the cigar as well as the placement of the cigar band just below the foil sleeve. Bales on Bales doesn’t have a gold foil sleeve, but it does have a silver one. There is also a cigar band just below the sleeve. It has a thick white stripe with a silver stripe on the lower portion. On the white stripe is the “VIAJE” logo text in silver font. On the silver stripe is the text “CRAFT SERIES” in white font.

After removing the foil sleeve from the Bales on Bales, a straight cut was placed into the cigar to remove the cap. From that point, it was on to the pre-light draw. The cold draw delivered a mix of earth, berry, and a slight cedar bite. In the end, this was a very good pre-light draw. At this point, it was time to light up the Bales on Bales cigar and see what the smoking phase would have in store.

Out of the gate, the Bales on Bales delivered a mix of earth, natural tobacco, black pepper, and some berry notes. Early on the earth notes moved to the forefront. There was a creamy texture to these earth notes. Meanwhile, the natural tobacco, berry, and pepper settled in the background. There also were some notes of cedar on the retro-hale.

Throughout the remainder of the first third, the earth notes and creamy undertones remained in the forefront. The berry and natural tobacco occasionally popped into the forefront. The berry notes had more of bittersweet quality which contributed positively to the balance of the flavor profile.  Meanwhile, the pepper now was present on the after-draw and was mixed in on the retro-hale. There was also some natural tobacco remaining in the background.

The final third of Bales on Bales saw the natural tobacco notes remain in the forefront. The earth and pepper notes were close secondary notes. The creaminess present early on had now dissipated. There still were touches of berry in the background. This is the way Bales on Bales came to a close. The resulting nub was slightly soft to the touch and cool in temperature.

While there was some occasional jaggedness on the burn line, the Bales on Bales maintained a straight burn path, only requiring a few additional touch-ups above the norm. The resulting ash was firm with a light gray color to it. The burn rate and burn temperature were both ideal. 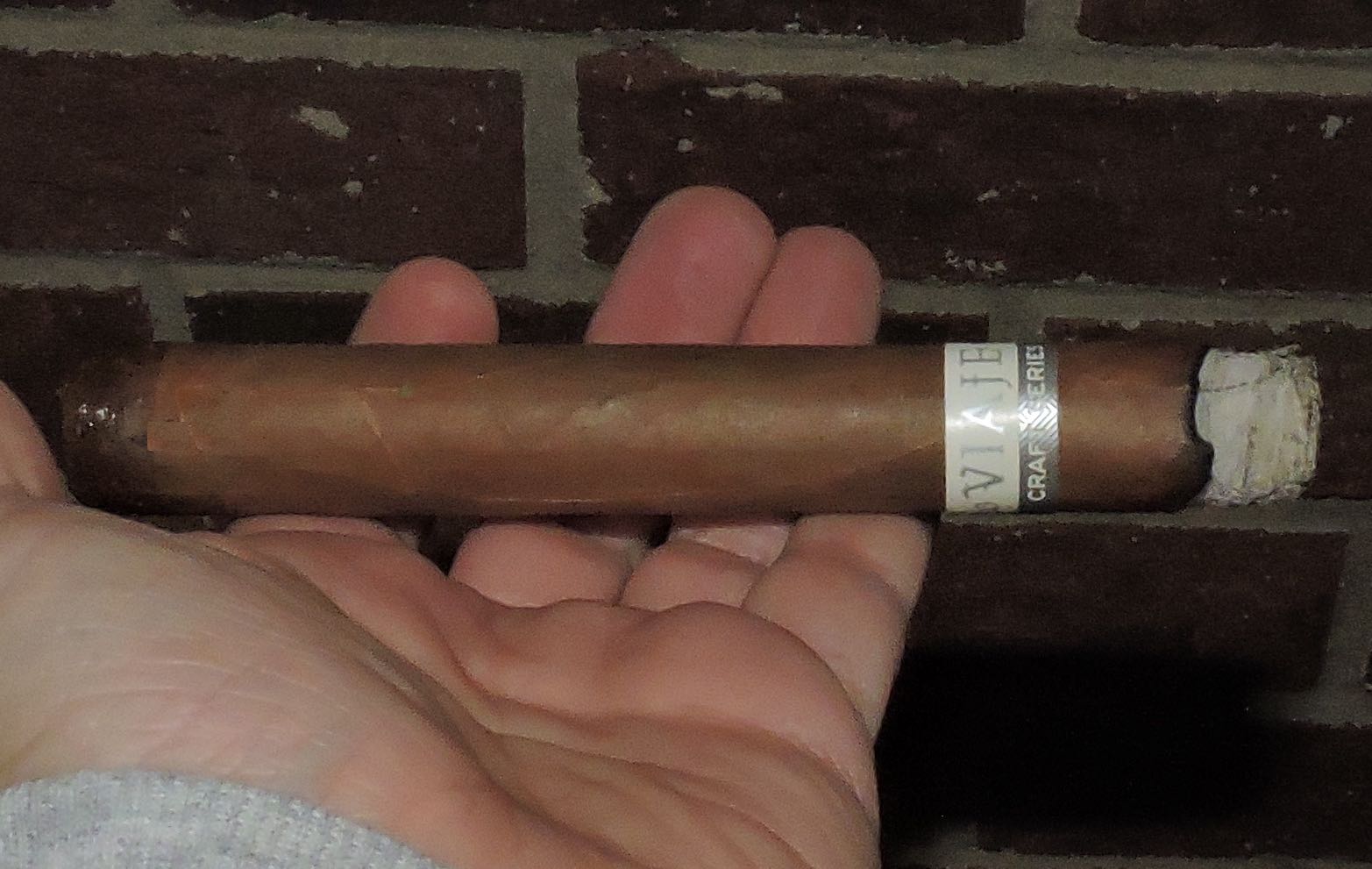 Burn of the Viaje Craft Series Bales on Bales

The draw to the Bales on Bales had a touch of resistance to it – which is something that I consider to be ideal for a cigar. At the same time, this was a cigar that also had ample smoke production. It was also a low maintenance cigar to derive flavor from.

In terms of strength and body, the Bales on Bales started out on the lower end of medium for both attributes. While there was a nominal increase in strength along the way, the Bales on Bales remained in the medium range until the end of the smoking experience. As for the body, there was an increase just before the final third – and that was enough to push the cigar into medium to full-bodied territory. When looking at strength versus body, I found the body maintained a slight edge in the first two thirds, and a bigger edge during the final third.

For many years, Viaje built a reputation for its bolder cigar offerings. My experience with the Bales on Bales cigar was somewhat more dialed back – delivering a medium profile for strength and body for most of the cigar experience. While the cigars that were assessed were ten months old, I found the aging period didn’t result in a significant loss of boldness. At the same time, I liked what the aging did to the profile as it delivered a more refined and complex smoke. In the end, this is a cigar I would recommend to either the novice or experienced cigar enthusiast. As for myself, this is a cigar I would smoke again – and one I would buy multiples of.