Agile Cigar Reviews are cigar assessments where we use a lightweight, shorter format. These will never take the place of our comprehensive reviews. They are only used on blends we have previously assessed. This might be a blend we are re-scoring or giving a score for the first time. It might be a blend we are looking at in a different size. Today we look at the Diamond Crown Black Diamond by J.C. Newman Cigar Company in the Radiant (Short Robusto) size. This is a cigar line we previously assessed in the Emerald (Toro) size back in September 2017 . 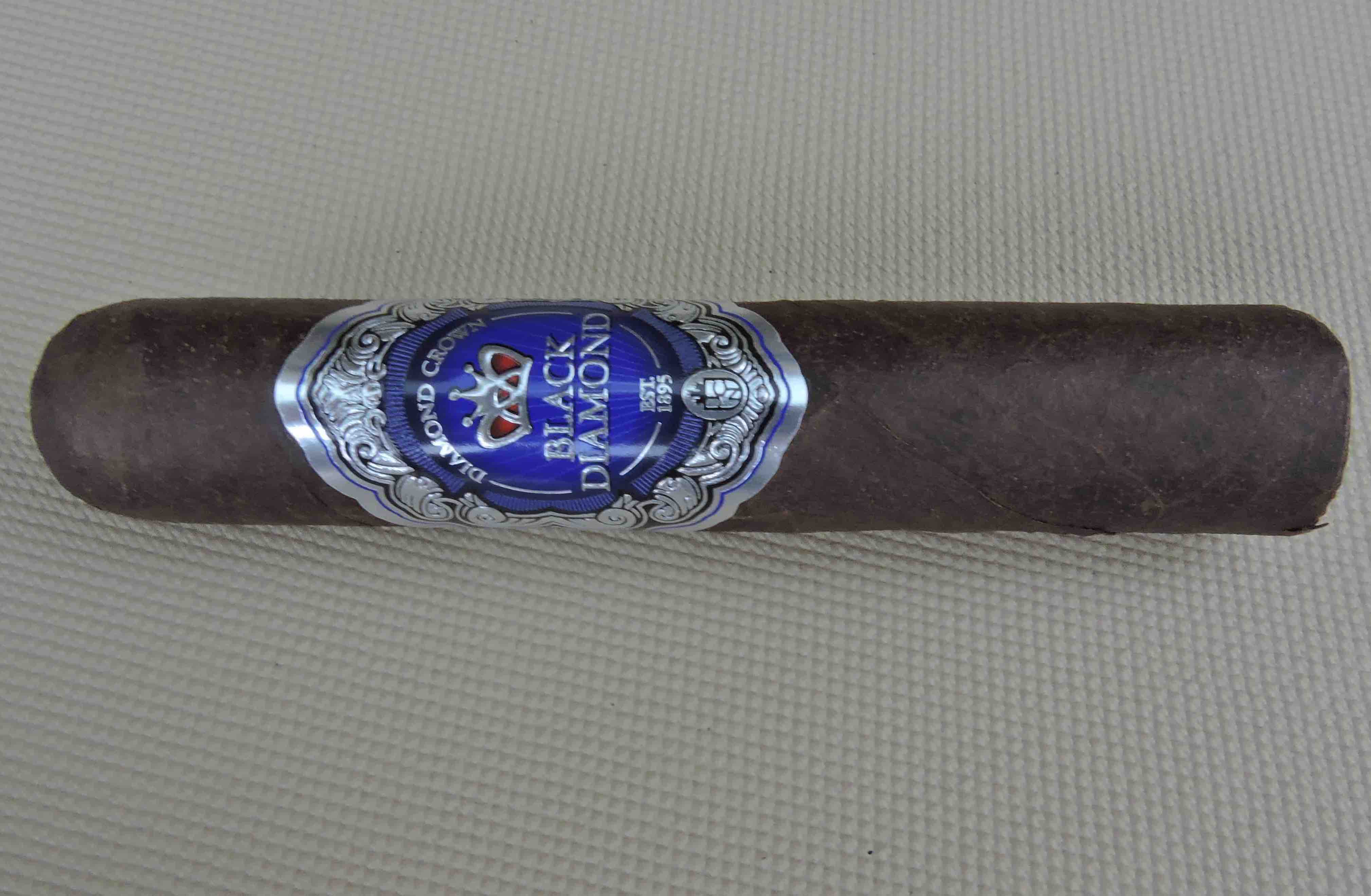 Late in 2016, J.C. Newman Cigar Company released a line that had been several years in the making, the Diamond Crown Black Diamond. The story of the Black Diamond traces back to 2013 when J.C. Newman announced it was rebranding its Diamond Crown Maduro to Black Diamond. After soliciting input from consumers and retailers, the blend was changed and eventually new packaging was put in place. Then, at the 2016 IPCPR and a new iteration of the project was showcased. Finally, on “Black Friday” November 25, 2016, the Black Diamond would hit the shelves. It’s a cigar that landed on the 2017 Cigar of the Year Countdown, and today we take a look at the Black Diamond in the Radiant (Short Robusto size).

The Black Diamond features a Sun Grown wrapper from Connecticut that was aged for eight years and underwent extended fermentation. The Dominican tobaccos used in the binder and filler are grown at the Chateau de la Fuente farm and have not been used on any other blend before. These fillers have been aged for five years. The Black Diamond comes in three sizes with the Radiant measuring 4 1/2 x 54.

Flavorwise, the Black Diamond Radiant kicks off with notes of mocha (a fusion of chocolate and coffee notes), earth, classic wood, cedar, and a mix of red and white pepper. Early on the mocha and the spices (pepper, cedar) were more prominent. Later in the first third, the spices diminished into the background and were replaced by a classic maduro sweetness (a fusion of dried fruit and natural tobacco). As the Radiant progressed through the second third, the earth and maduro sweetness mixed in with the mocha in the forefront. By the final third, the mocha, maduro sweetness, and earth were all primary notes. Concurrently, there was an additional kick in spice, but it never became overpowering.

The Black Diamond Radiant cigar was on the lower end of medium to full in body and strength. The strength and body didn’t have much variance in intensity. Both attributes balanced each other nicely with neither the strength nor body overpowering each other.

In a time in the cigar industry where there are many gimmicky cigars hitting the market, the Diamond Crown Black Diamond is a refreshing change of pace. The Newmans took their time bringing this product to market and the end product shows. This assessment period was the first time I smoked the Radiant size – and to me this is the belle of the ball of the line. This is a cigar that fires on all cylinders – flavor, complexity, and construction. It’s a cigar that I would recommend to someone who is a seasoned cigar enthusiast, but its a great cigar to a novice looking to graduate to medium plus cigars. While this cigar has a premium price point of $17.25, it certainly smoked like a cigar worthy of being in this range and one I’d splurge for a box purchase. Easily one of the best performing cigars I’ve had in 2019.