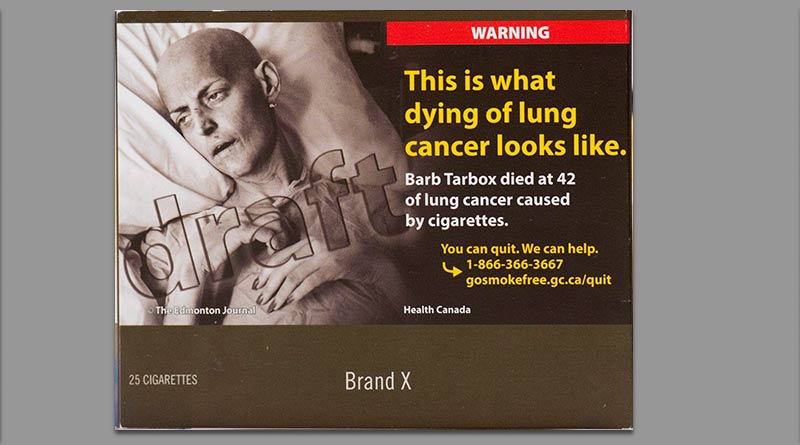 Yesterday Canada’s Minister of Health, Ginette Petitpas Taylor announced that plain and standard packaging for all tobacco products, including cigars, will go into effect on November 9th, 2019.

It was almost one year ago when the Canadian Parliament passed Bill S-5, which amends Canada’s current Tobacco Act and gives Health Canada the authority to implement plain packaging on tobacco products – including premium cigars. This gave Health Canada, an agency in Canada responsible for compliance and enforcement of regulations pertaining to public health, the authority to carry out the plan for plain packaging. The initiative is a part of  Canada’s Tobacco Strategy, which Health Canada says is intended to drive down tobacco use to 5% of the Canadian population by 2035.

Under the new law, packaging must contain prescribed information, including health hazards. The Canadian plan is based on Australia’s plain packaging law.  It essentially removes all distinctive and artistic features on packaging, including bands and replaces it with what Health Canada describes as a “drab brown color.” The packaging also implements standard text fonts, as well as graphic health warning labels on the packaging.

“We have fulfilled our commitment to implement plain packaging requirements for tobacco products. The evidence is overwhelming that plain packaging is an effective way to drive down tobacco use, especially among young people. Reducing the rate of smoking among Canadians is a top priority for us,” commented Minster of Health Taylor.

The plan was applauded by many anti-tobacco groups, “Canada is demonstrating global leadership by adopting the best tobacco plain packaging requirements in the world. We strongly support these regulations. Tobacco plain packaging will protect youth, reduce tobacco use, and save lives,” commented Rob Cunningham, Senior Policy Analyst for the Canadian Cancer Society.

Industry people are predicting potentially catastrophic effects for the premium cigar industry in the Canadian market. John McTavish, a writer for Developing Palates and former General Manager Cheap Smokes & Cigars, a 19 store chain in Alberta Canada penned an editorial following the announcement of regulations. According to McTavish, “Selection of product available will decline almost immediately as manufacturers won’t be able to justify the added plain packaging costs and labor associated with the small Canadian market.”

Plain packaging is not unique to Canada. Currently, Australia (2012), the United Kingdom (2017), France (2017), Ireland, Norway and New Zealand (2018) all have implemented plain packaging. Meanwhile, Hungary, Slovenia, Uruguay and other countries have announced plans to implement plain packaging by 2020.

Once plain packaging goes into effect in Canada on November 9th, retailers will be given a grace period of 180 days to sell cigars that they have in inventory that do not comply with the new packaging.