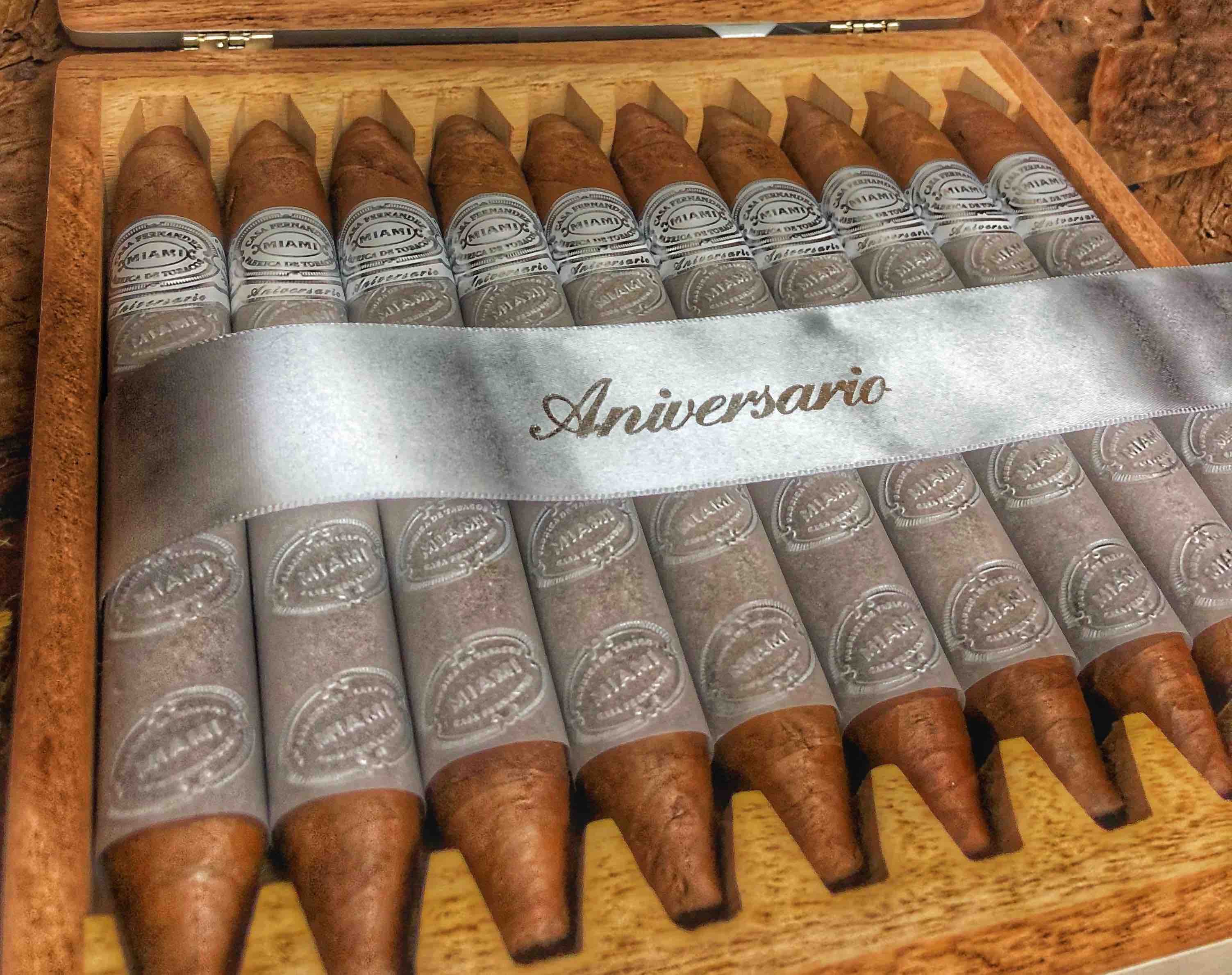 At the 2019 IPCPR Trade Show in Las Vegas, Aganorsa Leaf will introduce a box-pressed perfecto offering in its Casa Fernandez Aniversario line. The cigar will be a limited production offering of 250 ten-count boxes and will only be made available to IPCPR attendees. The Box Pressed Perfecto will be the sixth installment in the Aniversario line.

The Aniversario Perfecto features 100% Nicaraguan tobacco grown on the Aganorsa farms. The cigar features a Corojo ’99 wrapper over binder and fillers from the Jalapa and Estelí regions. The perfecto is a 6 3/4 x 52 offering rolled at the company’s Miami, Florida factory by a single roller. Pricing is set at $13.99 SRP per cigar.

“We want to reward the retailers who attend IPCPR by offering them an incredible cigar they won’t be able to acquire otherwise,” states Terence Reilly, Vice President of Sales & Marketing. “This special edition must be ordered at our booth. We expect to sell out quickly so we are limiting each retailer to a total of six boxes.”