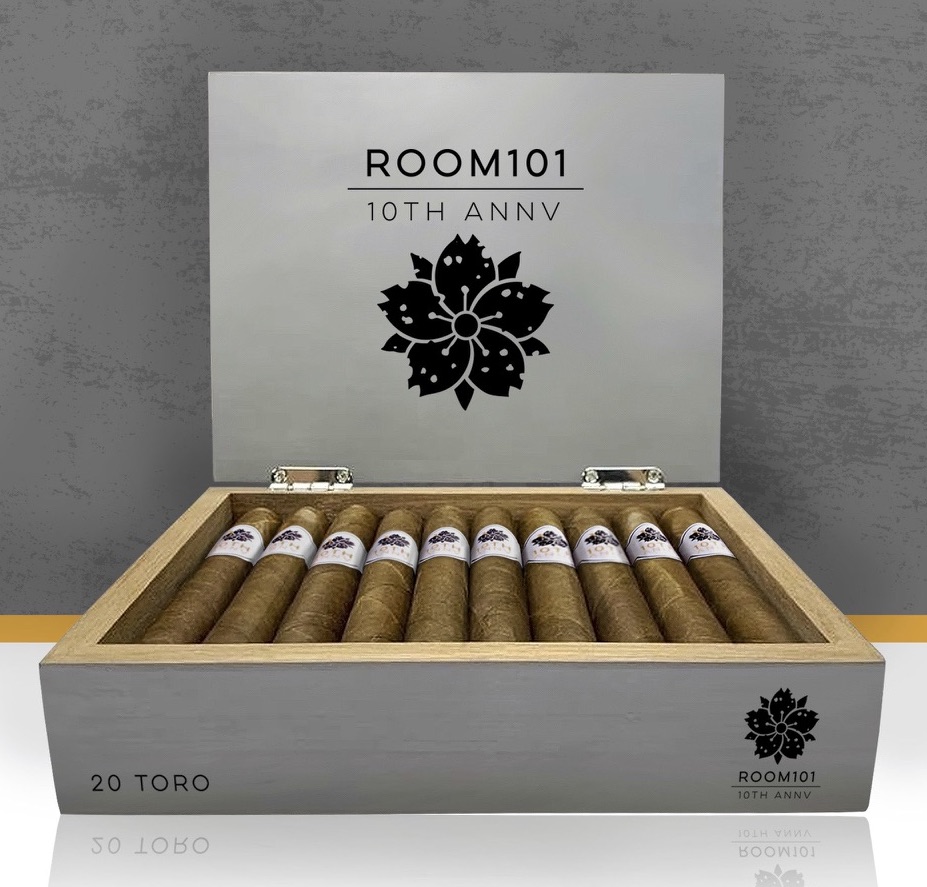 Back in 2009, Matt Booth entered the cigar business with an off-shoot brand of Camacho Cigars known as Room101 Cigars. Now in 2019 he commemorates ten years of his cigar brand with the release of the Room101 10th Anniversary Cigar.

The Room101 10th Anniversary cigar will come from AJ Fernandez’s factory in Estelí, Nicaragua. It’s a factory that he has used for “The T” which is done in collaboration with Fernandez and Robert Caldwell.  A report by Cigar Aficionado indicated the blend had a Nicaraguan Rosado wrapper, but other details of the blend have not been disclosed.