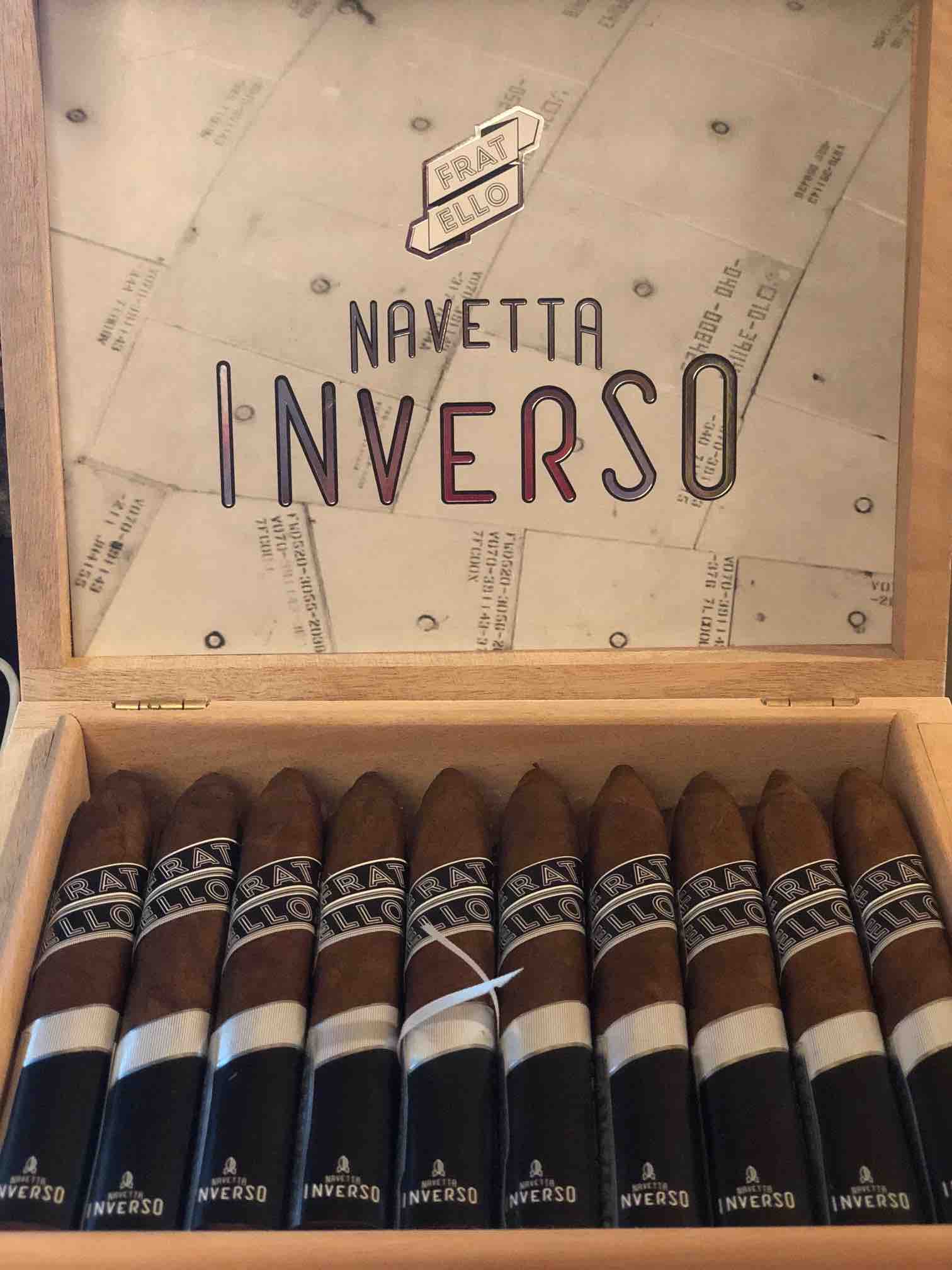 Fratello Cigars has announced its signature box-press vitola the Boxer is now coming to the Fratello Navetta Inverso line. The new Fratello Navetta Boxer will debut at the 2019 IPCPR Trade Show.

In each of the lines in his portfolio, Fratello has released a box-pressed torpedo that features a slightly modified version of the blend for the line. The Fratello Navetta Boxer is no exception.

“Similar to the other Boxer blends, we modified the filler blend in the Inverso Boxer to increase in strength and highlight a different flavor profile from its Father the Navetta Inverso,” commented Fratello Cigars’ owner Omar de Frias in a press release.

Navetta Inverso was introduced at last year’s IPCPR Trade Show. It was the fifth line to be introduced in the Fratello portfolio. It is a spinoff of another line, the Fratello Navetta, featuring all of the same tobacco components as the Fratello Navetta, but they are assembled into the blend differently. Navetta Inverso features a Habano Nicaraguan wrapper, an Ecuadorian binder, and a combination of Dominican and Nicaraguan fillers. (The original Navetta featured an Ecuadorian wrapper, Dominican binder, and Nicaraguan filler.)

“It’s incredible how our consumers saw clearly how the cigars were different from our original release and helped us brand all our cigars [sic] box press cigars as The Boxer,” said de Frias.