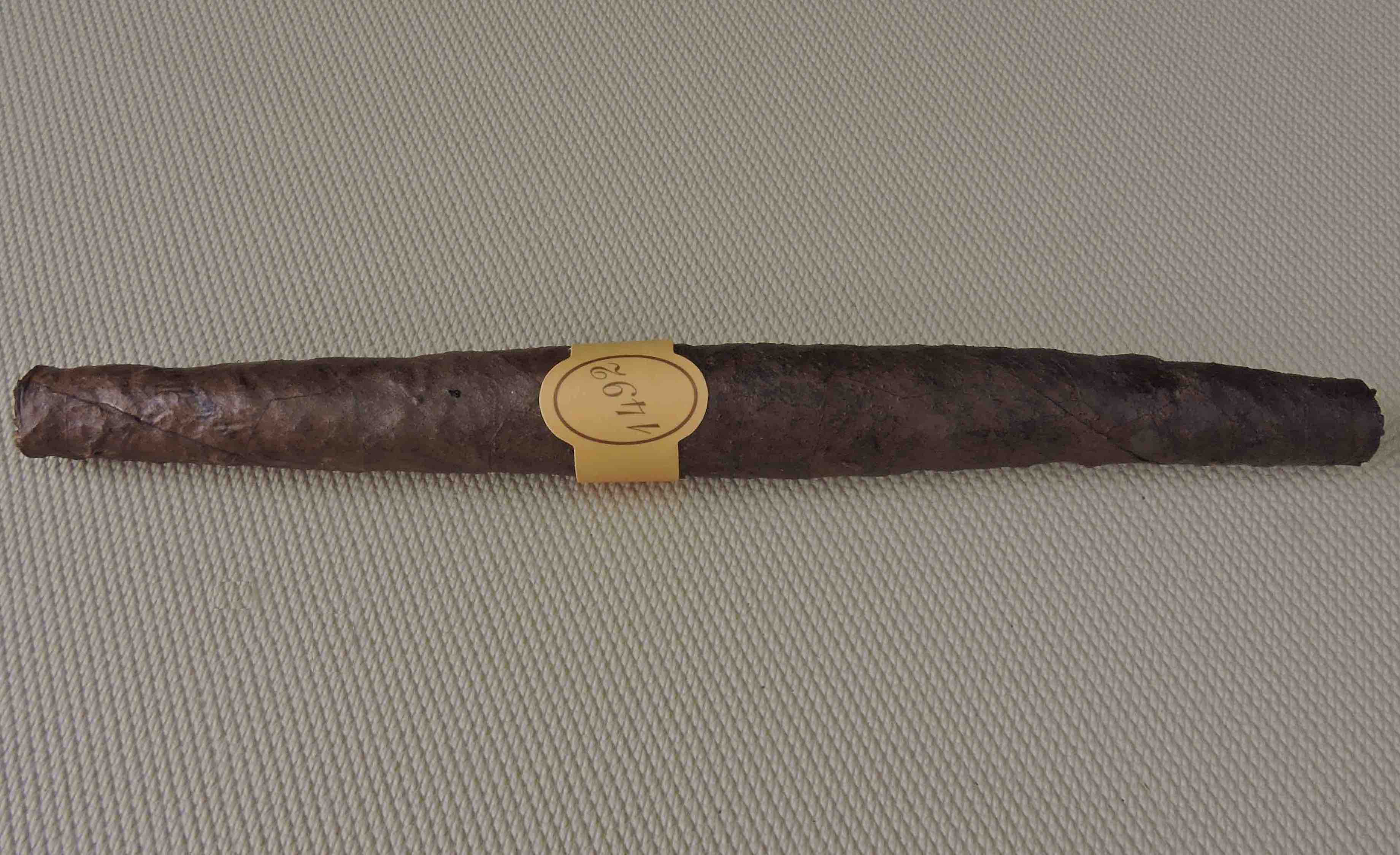 Toscano Anno Domini 1492 is a cigar that comes from Italian-cigar maker Manifatture Sigaro Toscano. 2018 was a year when many companies and brands celebrated anniversaries, but for Toscano it was very special as the brand was celebrating its 200th anniversary. This is a cigar company that makes some very unique cigars. Long before it became trendy, Toscano was well known for working with Kentucky Tobacco, including incorporating the use of fire-cured leaf in its blends. The company incorporates a unique fermentation process. As a result of this process, Toscano Cigars do not require humidification and can be stored at room temperature conditions for years. Today, we take a look at one of the offerings in the company’s portfolio.

In terms of the name, it’s pretty obvious that 1492 makes reference to the famed Italian explorer Christopher Columbus. Given that Toscano is a company that is based in Italy, it’s a logical connection to have a brand pay homage to him. The Toscano Anno Domini was introduced in 2007 on a limited basis. When Toscano was able to source more tobacco, it became a regular production offering in 2013.

Early in 2016, it was announced that Miami Cigar and Company would be taking over the U.S. distribution for Toscano Cigars

Without further ado, let’s break down the Toscano Anno Domini 1492 and see what this cigar brings to the table:

One thing that is different is that Toscano Cigars are not rolled with a binder. The tobaccos used in the Toscano Anno Domini 1492 are Kentucky seed grown in Tennessee (which makes this cigar a “Tennessee puro” or a “Kentucky puro” depending on how you look at it.)

The Toscano Anno Domini 1492 is available in one size – a 6 x 40 cheroot. The cigar is referred to as. “wide belly” having almost an elliptical shape and bulged in the middle. They are sold in two-packs.

There have been cases where the 6 x 40 cigar has been cut in half – creating two cigar units. (In fact, Toscano’s Toscanello Cigar brand already does this). For this assessment, the entire Toscano Anno Domini 1492 was smoked.

The Kentucky wrapper of the Toscano Anno Domini 1492 had a roasted coffee bean look to it. There was a light coating of oil on the surface. This was a wrapper that had a bumpy surface and thick toothy veins. The darker wrapper did a good job at hiding any visible seams. While the cigar had a rugged look, the cigar also had a charm. There was a definite campfire-like aroma off the cigar that I tend to get from many blends featuring fire-cured tobacco. The cigar keeps to the elliptical-like shape with the bulge in the middle described above. Finally, the cigar is pre-cut on both ends.

The earth and wood notes remained in the forefront during the second third. During this stage, some black pepper emerged on the tongue. At the same time, there were times the sweet barbecue notes developed a burnt campfire note that at times not only imparted bitterness, but some harshness.

The Toscano Anno Domini 1492 maintained a straight burn path and straight burn line from start to finish. For such a rugged cigar, I was really surprised how well it burned. The resulting ash was a very light gray. This ash was skewed toward the firmer side. As for the burn rate and burn temperature, both were ideal. 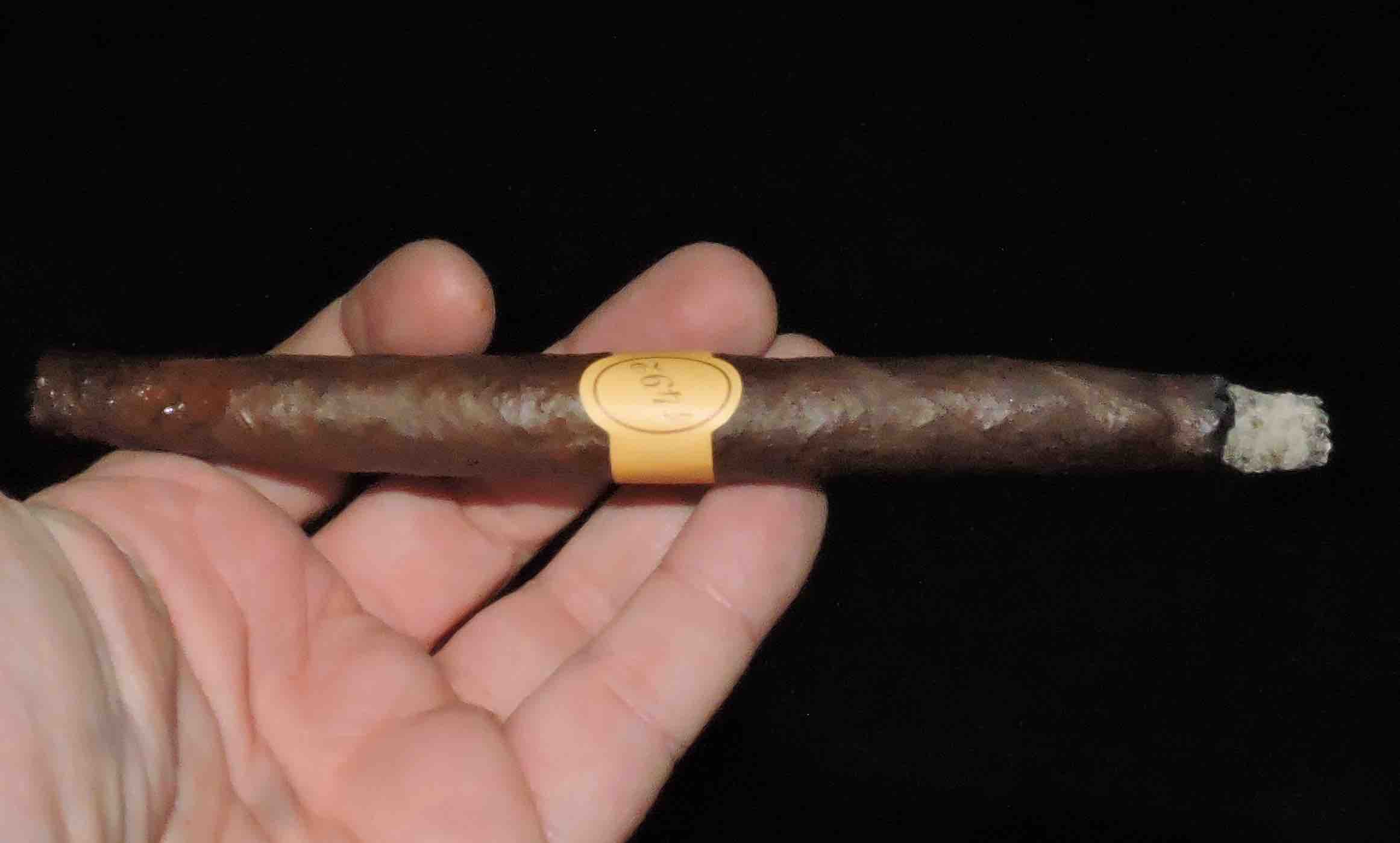 Burn of the Toscano Anno Domini 1492

The Toscano Anno Domini 1492  is a cigar that delivers medium to full strength. There was a slight increase in strength along the way, but in the end, the cigar remained medium to full. As for the flavors, they started out mild to medium-bodied. There was a slow, gradual increase and by the second half, the 1492 had advanced to medium-bodied. The increase in body continued in the second half, but it still remained in the medium range.

In terms of strength versus body with the Toscano Anno Domini 1492, this is a cigar where the strength had the edge.

While the Toscano Anno Domini 1492 might be different than most of the cigars you read about on this website, it’s still very much a cigar that uses excellent quality tobacco. However my experiences with dark-fire cured tobacco always seem to be mixed. Many times, the dark-fire cured products the nice barbecue sauce sweetness – other times it produces some of the harsher campfire-like notes. In the case of the Toscano Anno Domini 1492, this was exactly the case. It’s not a cigar that would replace your normal traditional cigar experience, but it’s certainly worth of a change of pace. Still this is a cigar priced quite well, and it’s one that I would encourage an see if this is a fit for you.