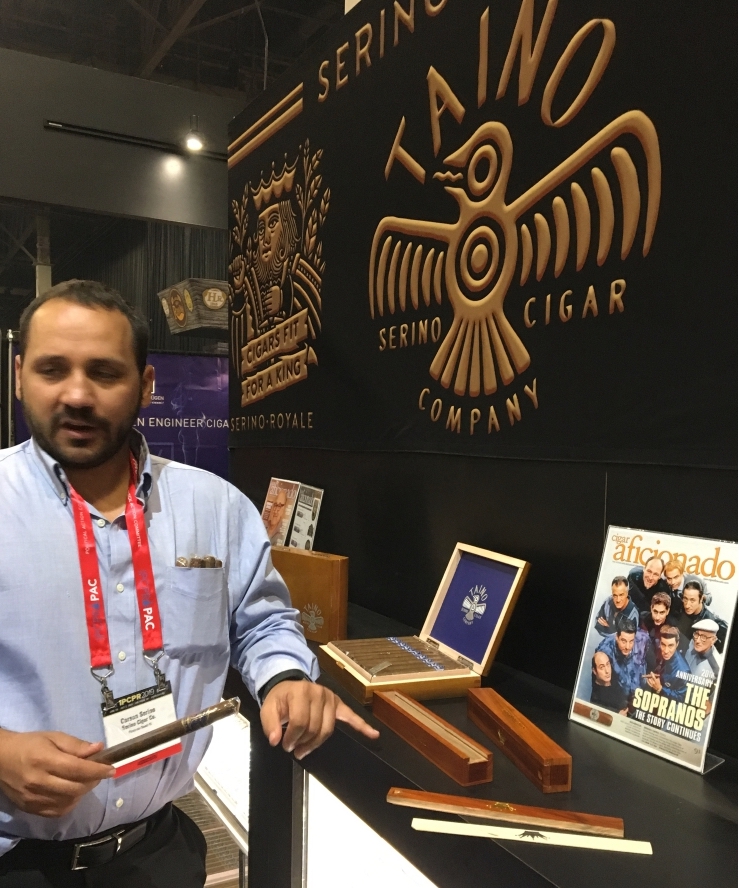 2019 marked the fourth trade show for Serino Cigar Company, the company owned by the father and son team of Anthony and Carson Serino. Over the past 3 years, Serino has been partnering with the La Corona factory in Estelí, Nicaragua to build up its portfolio of three regular production brands (Serino Royale, Wayfarer, and Taino). This year the company changed things up a bit – introducing its first line out of the Dominican Republic as well as its first limited edition offering.

Last year, Serino Cigar Company introduced the Taino line. This is a line that pays homage to the Taíno Native American people. The Tainos were based in the Caribbean (most notably on the island of Hispaniola) and were the oldest to cultivate and consume tobacco leaves. The original Taino was produced at La Corona in Nicaragua. This year, Serino is introduced the Taino Heritage – a cigar that is actually produced on the island of Hispaniola where the Dominican Republic is located. Production comes from Jochy Blanco’s Tabacalera Palma. The blend itself consists of an Ecuadorian Habano wrapper over Dominican binder and filler. It’s being released in three sizes Hamaca: (5 1/8 x 50), Yocahú (6 x 47), and Manicato (6 1/4 x 54) – each paying homage to the Taino tribe. 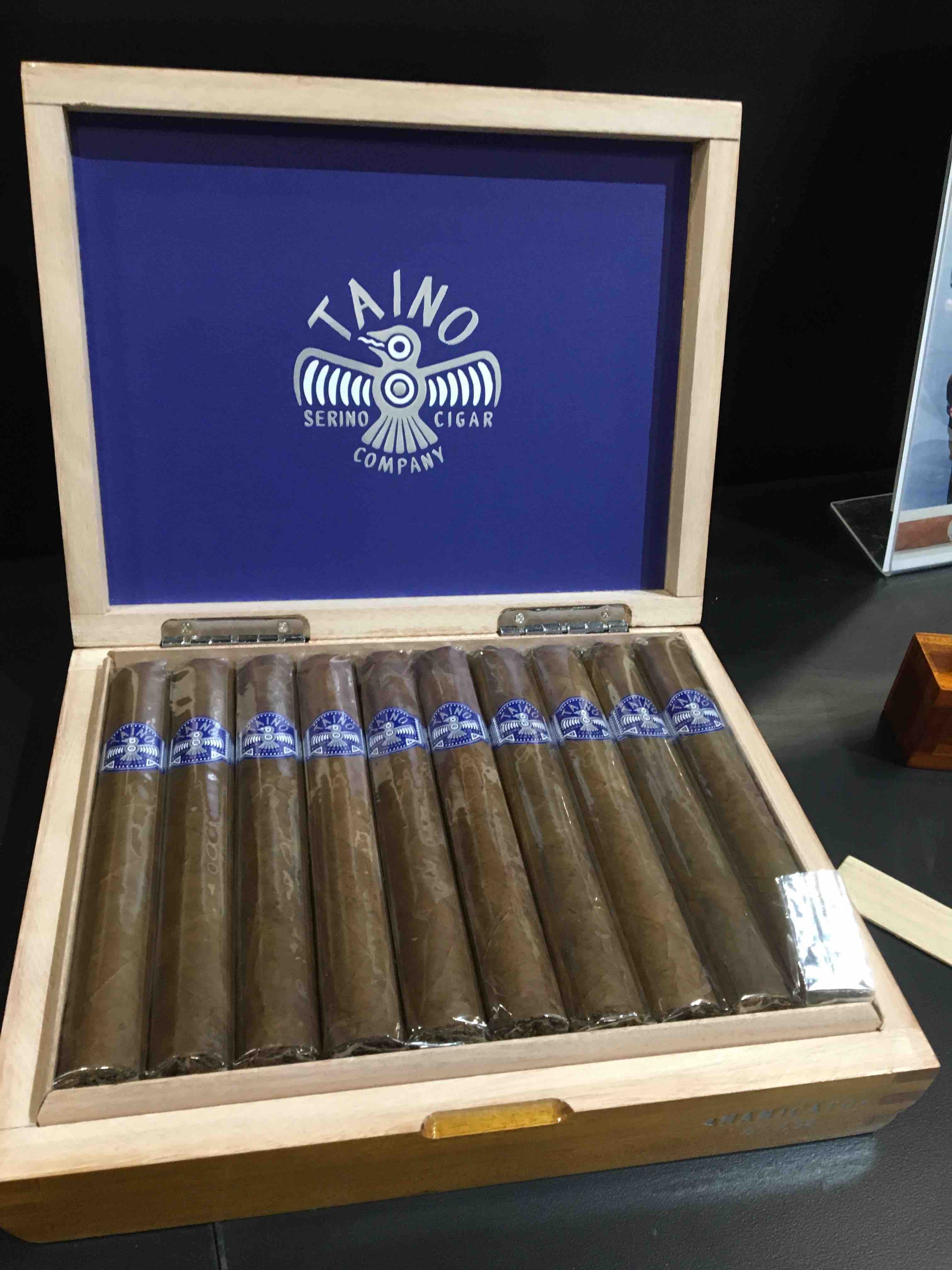 The other release was a limited vintage offering, the Serino Vintage 2012. This still comes from the La Corona factory and features an Ecuadorian Habano wrapper over Nicaraguan binder and fillers. All of the tobaccos are from a 2012 vintage crop, The cigar comes in one size – a massive 9 1/4 x 47 “A” vitola packaged in an individual coffin. A total of 1,000 coffins have been produced.