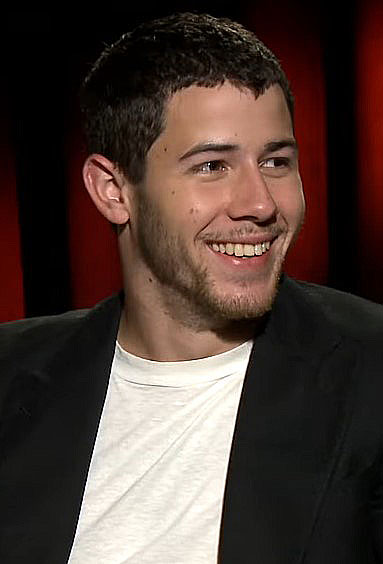 Three years ago, musician Nick Jonas said in an AMA Reddit Chat that someday he hoped to be on the cover of Cigar Aficionado magazine. Later this month when the September/October issue of Cigar Aficionado hits the newsstands, Jonas’ wish will officially come true. However, when news of Jonas being on the cover hit social media, it was greeted with a firestorm of controversy and in a way gave the cigar industry a much-needed ally in Jonas.

Nick Jonas, together with his older brothers Kevin and Joe make up the band The Jonas Brothers. The band was formed in 2002. After a decade of success, the brothers went separate ways, pursuing solo careers. In 2018, the brothers came back together for a reunion tour.

Nick Jonas is also a serious cigar enthusiast. Tatuaje Cigars Pete Johnson learned this first hand when he had an opportunity to tour with the Jonas Brothers. He then informed Cigar Aficionado Senior Editor David Savona about Jonas. Savona confirmed this on the Cigar Aficionado Instagram page saying “Nick Jonas is a multi-talented star, and his interest in cigars is off the charts. Pete Johnson is the one who first put him on my radar, and when Pete says a guy is a serious cigar smoker I take them seriously. I did the interview and had a cigar with Jonas—he knows his stuff.”

Perhaps what was most interesting was Nick’s general enthusiasm for being on this magazine cover. “First person under 30 (Jonas is 27) to hold a cigar on the cover of one of my favorite magazines. So pumped about this one! Thank you @cigaraficionado! Issue on newsstands September 24th.”

First person under 30 to hold a cigar on the cover of one of my favorite magazines. So pumped about this one! Thank you @cigaraficionado! Issue on newsstands September 24th.

Not everyone from his fan base was happy about Jonas appearing on a cigar publication cover. There was a rash of fan backlash on social media. Comments on Jonas’ Instagram post  included “disgusting and disappointing”, “love ya, but that cancer stick is scaring me”,  “You look awesome, but shouldn’t be promoting tobacco”, “Smoking is bad for health”, “you know it’s bad For your lungs… you are promoting young kids to use Cigars??? Why???”,  etc.

Meanwhile, the cigar industry has gotten behind Jonas.  “It is great to have you representing the people that work hard and enjoy the finest things in life.” commented Rafael Nodal, Director of Product Capability of Altadis U.S.A. and co-owner of Boutique Blends Cigars. Johnson also commented, “Congrats @nickjonas very happy for you.” Meanwhile (with a few exceptions) cigar enthusiasts have also praised the cover shoot.

Nick Jonas’ Instagram posts generated over 1.23 million views in the first 24 hours, and thus far despite the criticism, Jonas is maintaining enthusiasm about his cover shoot. While one can argue the backlash isn’t a positive thing for the industry, the 27-year-old Jonas being on the cover of the world’s most popular cigar magazine gives the cigar industry a mainstream ally.

Perhaps PCA should extend an invite to Jonas for next year’s Trade Show…..

Acknowledgment: Thanks to John McTavish for the Reddit link.