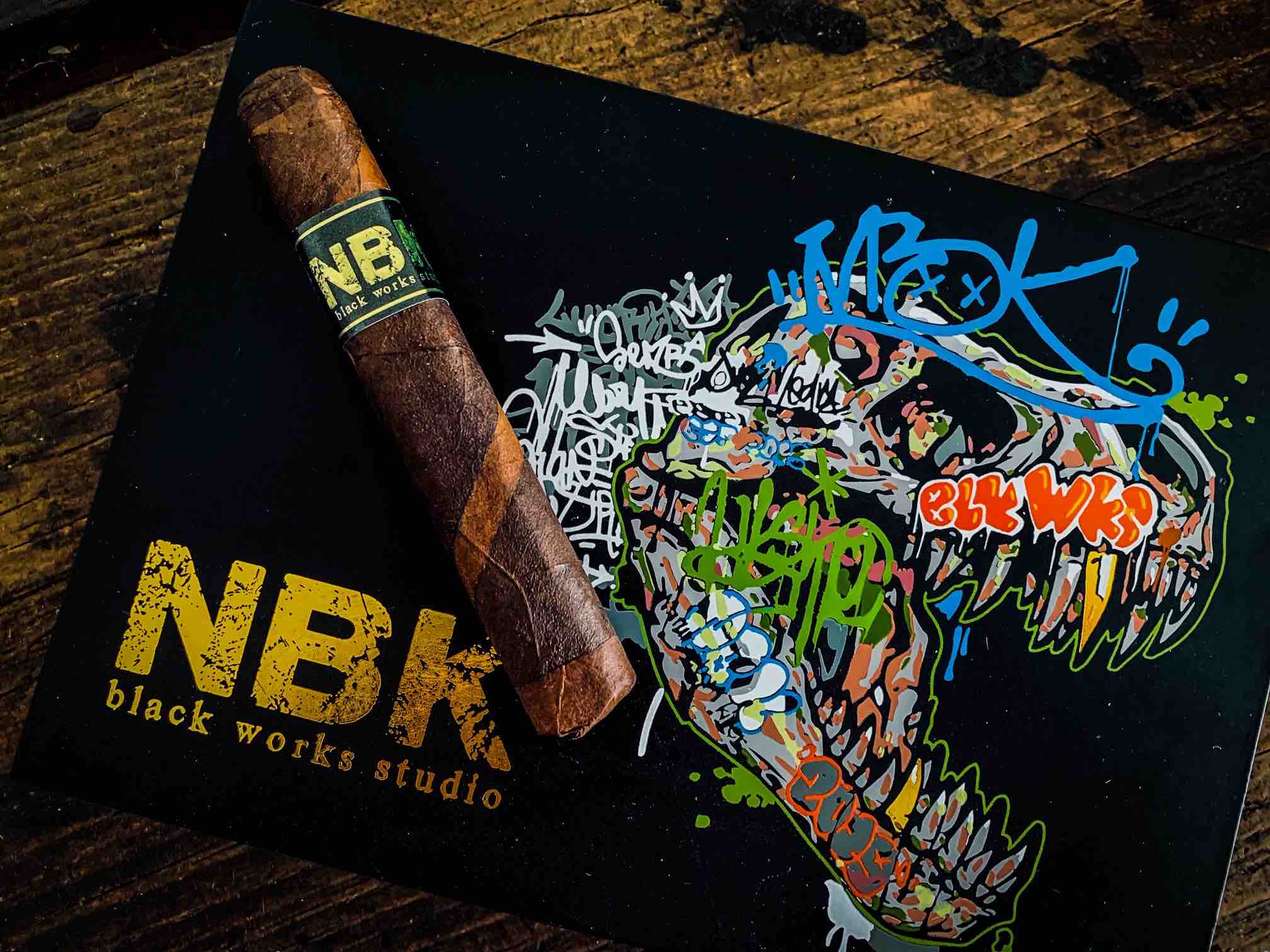 Oveja Negra Brands has announced its new event-only cigar offering, the Black Works Studio NBK Lizard King, will be available at select retailer events beginning this month. This is a cigar that was first showcased at the 2019 IPCPR Trade Show.

“NBK has always been a favorite of mine. It is the cigar that started Black Works Studio. The Lizard King is an amped up version of the original with more strength and spice. The duel wrappers also change up the profile quite a bit and add to the complexity of this unique cigar. These cigars will be released as event only in very limited quantities. I wanted something special for our retailers who support us with events,” said James Brown, creator of BLTC & BLK WKS and owner at Fabrica Oveja Negra in a press release.

At a glance, here is a look at the the Black Works Studio NBK Lizard King