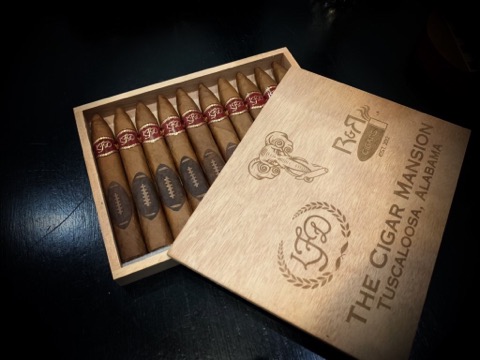 When the third Saturday of October comes around, it could only mean one thing in College Football – the annual game between the Alabama Crimson Tide and Tennessee Volunteers. This year’s game is taking place in Tuscaloosa, Alabama and Tuscaloosa’s own R & R Cigar Mansion is getting an exclusive cigar from La Flor Dominicana to coincide with the festivities.

The cigar features a Nicaraguan Sun Grown wrapper over Dominican binder and filler. It comes in one size. – a 6 1/2 x 54 torpedo. Each cigar features a football-shaped leaf affixed to the wrapper.  The R & R Cigar Mansion Special Football Edition will be available in ten-count boxes. A total of 75 boxes has been produced. Pricing is set at $16.00 MSRP per cigar and $160.00 MSRP per box.

“We are thrilled to be partnering with LFD Cigars on this project for the Cigar Rivalry. A few years ago I took Jon Carney to his first Alabama Football game vs Tennessee. After the game was over we smoked cigars inside Bryant Denny Stadium to celebrate the win. Every year after beating Tennessee Alabama fans across the city of Tuscaloosa and across the nation light up a special cigar to celebrate the win. We’ve always said, ‘A Great win deserves a GREAT cigar’ and we really believe that this cigar knocks it out of the stadium! After the game Jon and I discussed doing something special for the game every year. The Cigar Mansion Football is the result of those talks. We are so excited to have this cigar exclusively at the Cigar Mansion,” commented Reagan Starner, owner of R & R Cigar Mansion. 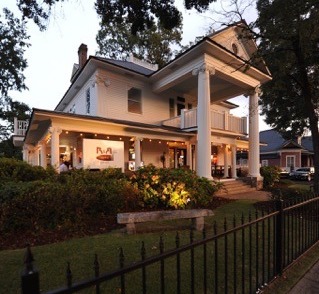