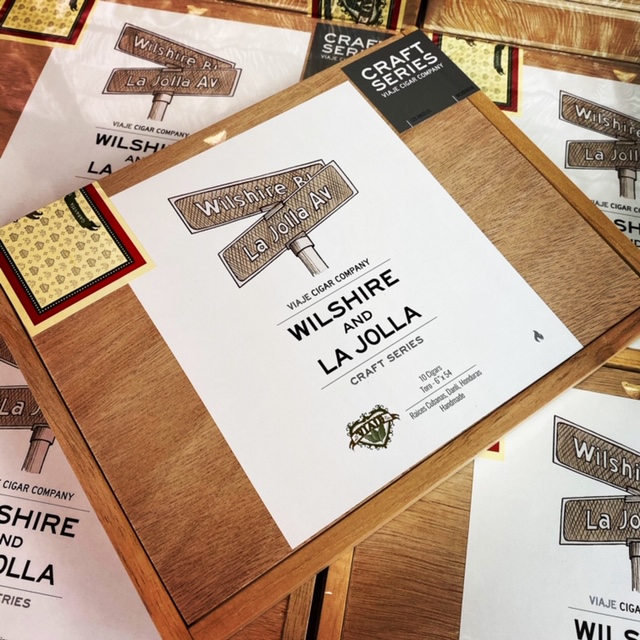 For Viaje’s small batch November release, the company will release the third installment of its Viaje Craft Series. This one is called Wilshire and La Jolla. The release takes inspiration from two famous streets in Downtown Los Angeles, California – an area home to several craft breweries.

The Craft Series is a line that draws its inspiration from the craft beer business. According to Viaje, each release of the Craft Series will involve incorporating some of the best tobaccos from chosen factories. The first two releases, Bales on Bales and For the Love of the Leaf, originated from the Tabacos de Valle Jalapa S.A. (TABSA) factory with which Viaje has a long-standing partnership. The Wilshire and La Jolla come from Fabrica de Tabacos Raíces Cubanas S. de R.L. (a.k.a. Raices Cubanas) in Honduras.

Wilshire and La Jolla is a 100% Nicaraguan puro that comes in a 6 x 54 box-pressed Toro. It’s the first box-pressed installment of the Craft Series. The cigars come packaged in ten-count boxes.

At a glance, here is a look at the Viaje Craft Series Wilshire and La Jolla