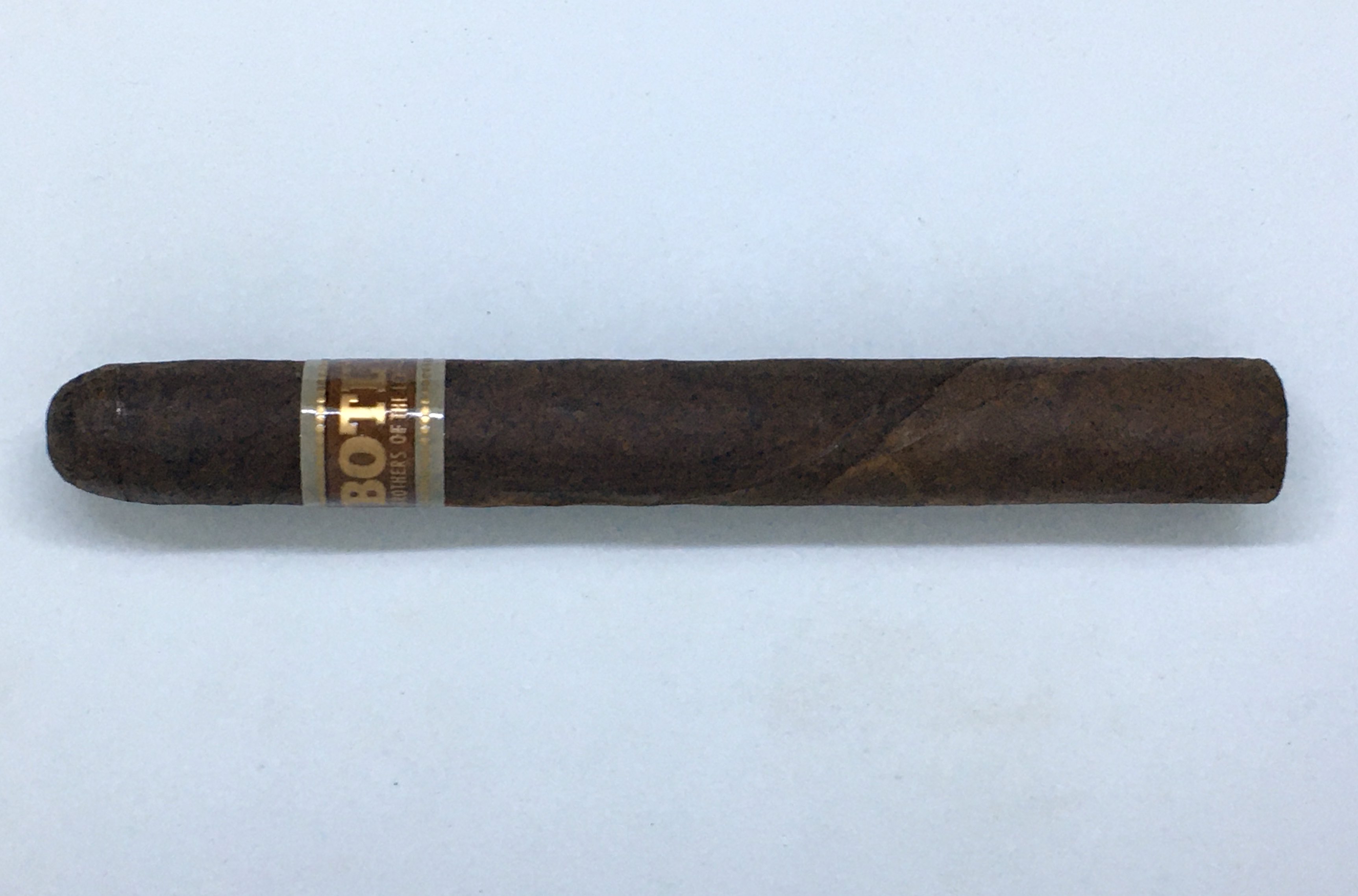 In 2019, Drew Estate brought back one of its more popular limited releases, the BOTL.  The name BOTL stands for “Brothers of the Leaf” and is a forum for the cigar community. The story of the BOTL cigar goes back to 2010. The story has it that a man by the name of Tim Podwika was on a Drew Estate Cigar Safari trip and during one of the attendee blending sessions, Podwika had put together a blend that had impressed the Drew Estate folks. Eventually, that cigar was released as an offering to pay homage to BOTL community. The cigar was a limited release cigar sold on Podwika’s online website and would have three small batch runs: a Lancero size in 2012 followed by the release of a Corona Gorda and Corona in 2013. Since 2013, the project would be shelved – until 2019. Today we take a look at the return of the BOTL in the Corona Gorda size.

The return of the BOTL cigar brings back the same blend and all three of the same sizes. This time all of the sizes are being released concurrently. While the cigar is limited in production, there have been no production numbers disclosed. In addition, the packaging has been updated with new boxes and bands. 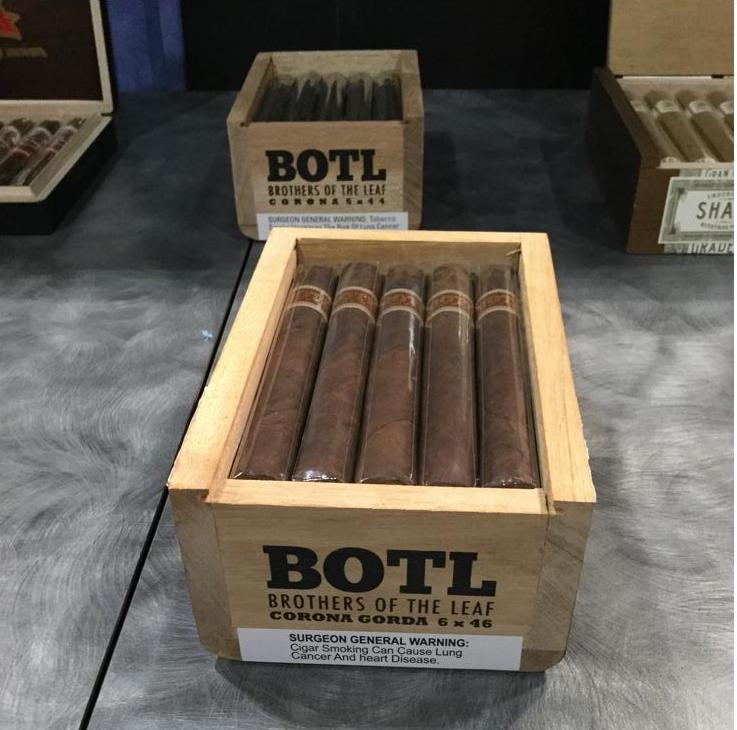 Without further ado, let’s break down the BOTL Corona Gorda and see what this cigar brings to the table.

As mentioned the blend of the 2019 edition of the BOTL is the same as the original blend released in 2012. The one difference is that the tobaccos are from different vintages.

The BOTL cigar is available in three sizes:  Each size is presented in 15-count boxes.

The Connecticut Broadleaf wrapper of the BOTL Corona Gorda had a classic roasted coffee bean color. Upon closer examination, some light mottling was visible. There was a light coating of oil on the surface. The surface of the wrapper had some visible seams as well as some thin visible veins.

A straight cut was used to commence the cigar experience of the BOTL Corona Gorda. Once the cap was removed, it was on to the pre-light draw. The dry draw delivered notes of coffee bean, citrus, earth, and wood. Overall this was a satisfactory pre-light draw. At this point, it was time to light up the BOTL Corona Gorda and see what the smoking phase would have in store.

The BOTL Corona Gorda picked up where the pre-light draw left off with notes of coffee bean, citrus, earth, and wood. There also was some red pepper that entered the equation. The coffee and citrus notes moved to the forefront quickly with the pepper, earth, and wood settling in the background. By the midway point of the first third, the coffee notes took over as the sole primary note. Meanwhile, notes of red pepper with some citrus were present on the retro-hale.

The second third saw the coffee remain grounded in the forefront. There was a further diminishing of the citrus notes with an increase in the red pepper notes. At the same time, the earth and wood remained present in the background

By the last third of the BOTL Corona Gorda, the red pepper notes started to close in on the forefront, but never quite overpowered the blend. There were also still notes of wood, citrus, and earth as the cigar experience came to a close. The resulting nub was soft to the touch and cool in temperature.

When it came to the burn, the BOTL Corona Gorda performed very well. The cigar maintained a straight burn path and a relatively straight burn line. The resulting ash was on the firmer side. This was an ash that had a very light gray color. As for the burn rate and burn temperature, both were ideal. 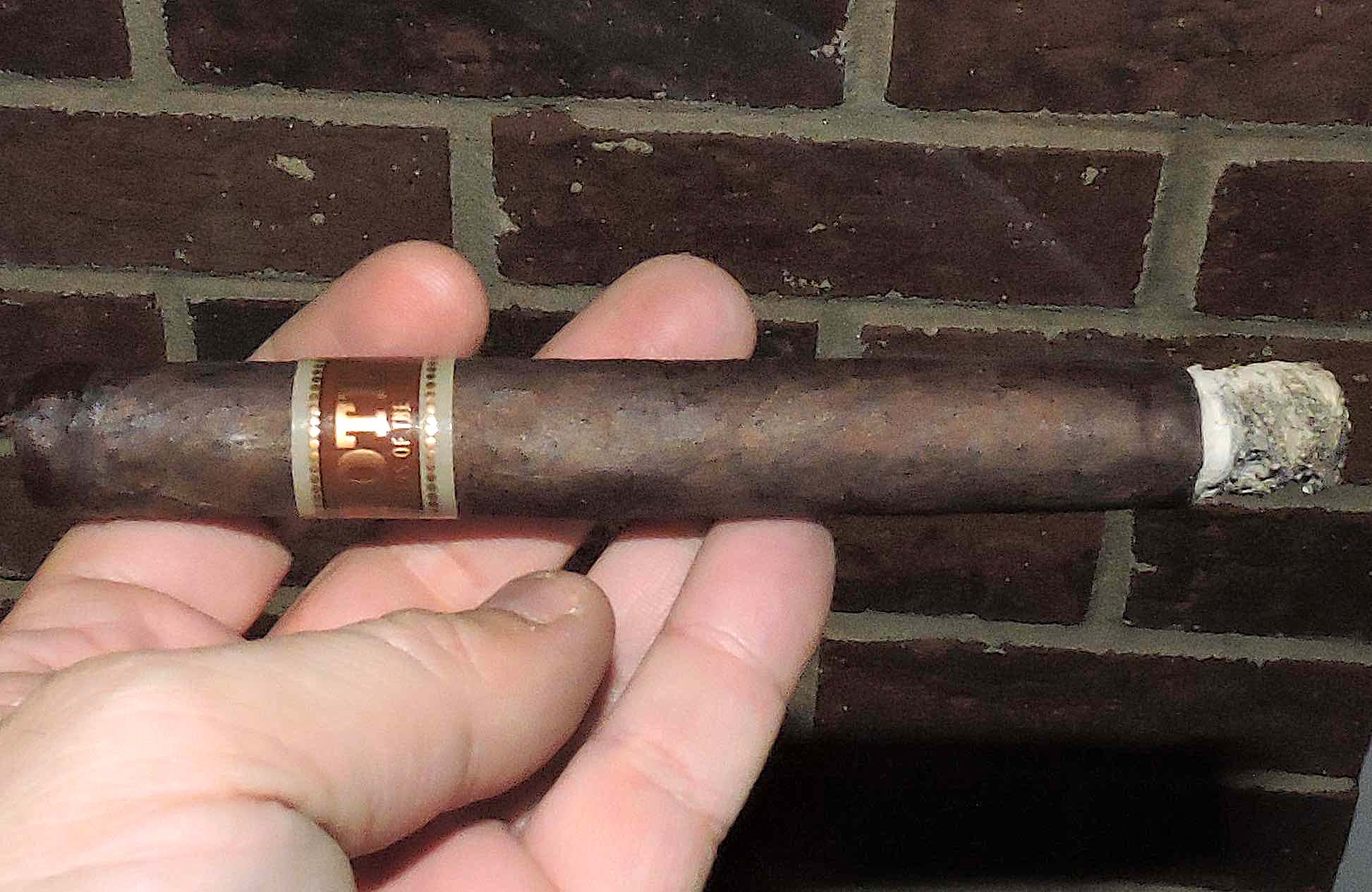 The BOTL Corona Gorda had a more open draw than I prefer and it required me to pay attention to the combustion of the burn. This open draw also produced ample amounts of smoke.

While the BOTL 2019 Corona Gorda scored lower than the 2013 release (90 vs 92), this does not mean the 2013 is a better cigar. We’ve changed a lot of the methodology in terms of scoring and assessing the cigar overall. As a result, I would still consider the BOTL 2019 to be a better cigar. While there is a common denominator to the flavors, I found the BOTL Corona Gorda 2019 release to be less aggressive and more refined. I do realize the cigar has achieved a cult status over the years, but I still wouldn’t put this cigar in the same league as Drew Estate’s signature Connecticut Broadleaf release, the Liga Privada No. 9.

In the end, this is still a very good cigar. Comparisons out of the way, this cigar holds its own. I’d recommend this to the novice or experienced cigar enthusiast. As for myself, it’s one I would smoke and buy again – and pick up multiples for my humidor.