Agile Cigar Reviews are cigar assessments where we use a lightweight, shorter format. These will never take the place of our comprehensive reviews. They are only used on blends we have previously assessed. This might be a blend we are re-scoring or giving a score for the first time. It might be a blend we are looking at in a different size. Today we look at the Joya de Nicaragua Cinco Décadas Diadema. This is a cigar line we previously assessed in the El General (7 x 50) size back in November, 2018. 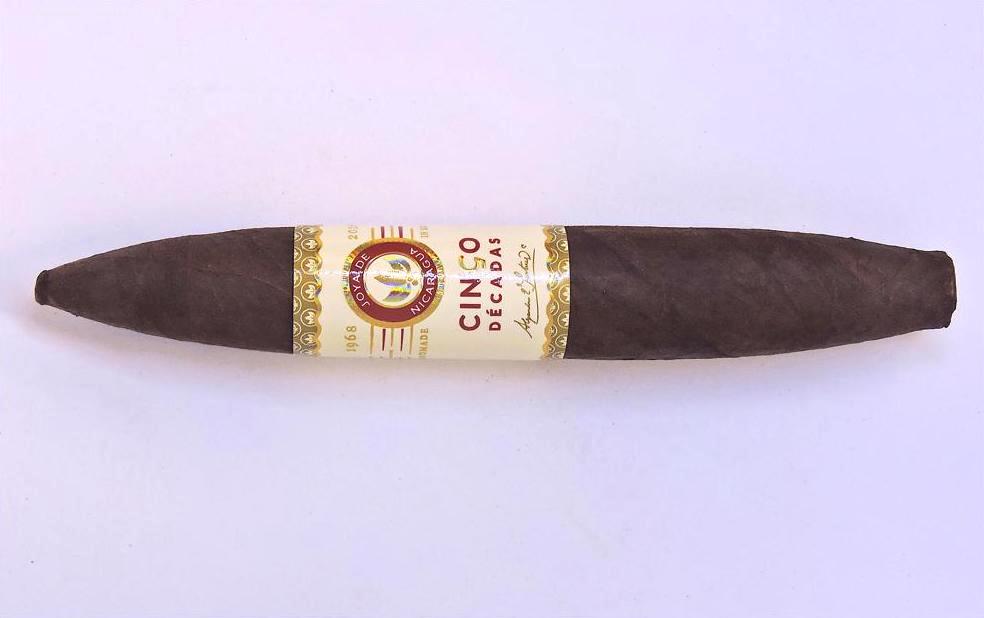 The year 2018 was big for anniversaries in the cigar industry, but to Joya de Nicaragua, it was truly something special as the company celebrated 50 years in business. It’s the company that has the oldest factory in Nicaragua, and has very closely tied its brand to the history and culture of Nicaragua. Joya de Nicaragua and had a year-long celebration that included several cigars and even a book. However, of all of the commemorative releases, the one that stood as the signature for the 50 years anniversary would be The Joya de Nicaragua Cinco Décadas. It’s a cigar that would place #11 on the Cigar Coop Countdown for 2018 in the El General size. Today we take another look at the Cinco Décadas, but this time in the Diadema size.

The Joya de Nicaragua Cinco Décadas Diadema started out with notes of natural tobacco, earth, wood, mixed pepper, and a signature cherry-cream soda note. Early on the natural tobacco and wood became primary while the other notes settled in the background. There also was an additional layer of pepper on the retro-hale. By the second third, the “cream” component of the cherry-cream soda note had dissipated. During this time, the earth notes joined the wood and natural tobacco in the forefront with the cherry and pepper in the background. The flavor profile continued into the last third, but there was a slight increase in pepper.

In addition to capturing the #11 Cigar on Cigar Coop, the Joya de Nicaragua Cinco Décadas captured the #1 Cigar of the Year on the Halfwheel consensus, an aggregation of end of year rankings on leading cigar websites. In my unofficial analysis of things, it seemed as though of the two original vitolas, the Diadema was the more popular of the two. In my case, I still gave a slight edge to the El General, but that’s not a negative. The Cinco Décadas Diadema is an excellent cigar. The tapering makes it a fun cigar to smoke. It’s a cigar I’d recommend to any cigar enthusiast. As for myself, it’s one that I would smoke again and even at $19.00, a ten-count box garners box worthy consideration.