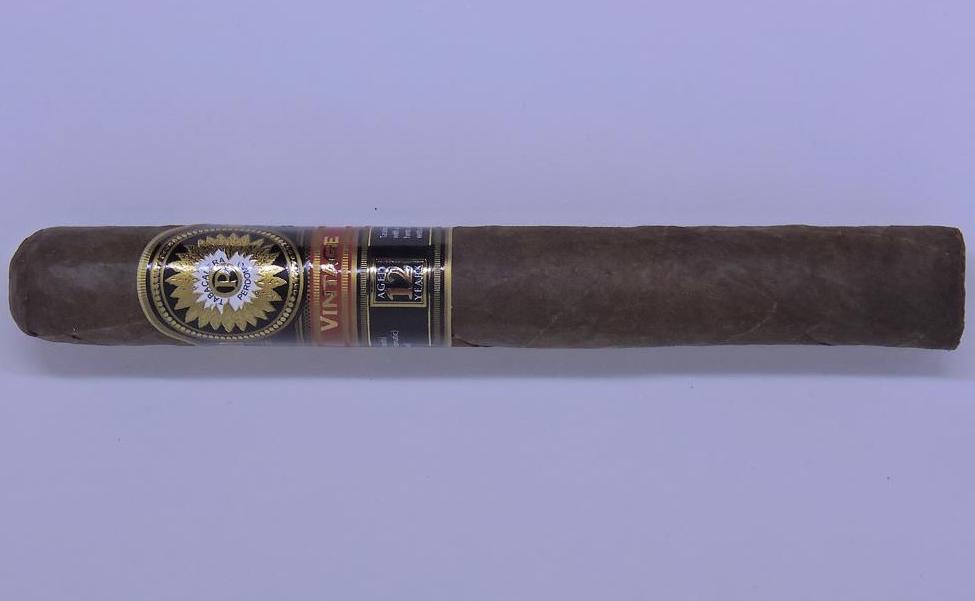 Over the years, most of Perdomo’s lines have been offered in three wrapper options: Nicaraguan Maduro, Nicaraguan Sun Grown, and Ecuadorian Connecticut Shade. The Perdomo Double Aged 12-Year Vintage Maduro is no exception. Since its inception, each of the three blends in the line has been limited production offerings.

Without further ado, let’s break down the Perdomo Double Aged 12-Year Vintage Maduro Churchill and see what this cigar brings to the table.

Perdomo lists tobacco components on the band (which we will go into more in-depth) including Condega Seco, Jalapa Viso, and Estelí Ligero.

There are five sizes in the Perdomo Double Aged 12-Year Vintage series. Each of these sizes is offered in the Maduro, Sun Grown, and Connecticut lines. All of the sizes are packaged in 24-count boxes except for the Salomon which is in an 8-count box.

The Nicaraguan Maduro wrapper of the Perdomo Double Aged 12 Year Vintage Maduro Churchill had a chocolate brown color to it. There was a light coat of oil on the surface and the wrapper itself had a silky complexion to it. While there were some visible wrapper seams and visible veins, I considered the cigar itself to be on the smooth side.

The band is a large one with a lot going on it. While some may consider it to be a busy band, there is a lot of information on it, and I found it delivered some charm. The upper part of the band features the gold, black, and white “TABACALERA PERDOMO” sunburst logo. The logo is surrounded by a bright orange trim. There is also orange, gold, and black striping on the upper part of the band. To the left and right of the logo is a red bar sitting on the orange stripe.  The left side has the text “HAND MADE” sitting on the red bar while the right side has the text “NICARAGUA” – both in a darkish colored font. On the black stripe is the text “Bale Aged” on the left with the text “Barrel Aged” on the right – both in gold cursive font. There is a large red stripe in the middle of the band (below the sunburst logo) with dull gold pin-striping.  Sitting on the middle stripe is the text “VINTAGE” in a gold font.

The lower part of the band is also black with gold pin-striping. The middle of the band has a box surrounded by gold trim. There is a large red “12” inside that box. The text “AGED” and “YEARS” sit above and below the “12” in small white font. To the left of the box is some information on the tobacco and its characteristics listed in white font. The right side features a short writeup on the tasting notes also in white font.

The Perdomo Double Aged 12-Year Vintage Maduro Churchill started out with a mix of creamy cocoa, mixed pepper, cedar, and earth notes. The creamy cocoa notes moved into the forefront early on. The cedar, pepper, and earth notes settled in the background. During the first third, a natural tobacco flavor surfaced in the background – this flavor had a subtle fruit-like sweetness to it. The retro-hale produced an additional layer of black pepper.

As the Perdomo Double Aged 12-Year Vintage Maduro Churchill moved into the second third, some coffee notes emerged in the forefront. The cocoa notes lost some of their creaminess and settled into the background with the pepper, cedar, and natural tobacco notes. Concurrently the earth notes increased in intensity. By the midway point, the earth notes joined the coffee in the forefront.

The final third saw the earth notes take a slight edge over the coffee notes in the forefront. There was an increase in the pepper and cedar, but they never took over the experience. Meanwhile, other complementary flavors included the coffee, cedar, earth, and natural tobacco. This is the way the Perdomo Double Aged 12-Year Vintage Maduro Churchill came to a close. The resulting nub was firm to the touch and cool in temperature.

The Perdomo Double Aged 12 Year Vintage Maduro Churchill had excellent construction and this was reflected on the burn and draw. The cigar maintained a straight burn path and had a relatively straight burn line. The resulting ash was a light gray color. This ash skewed toward the firmer side and came off the cigar in clean chunks. The burn rate and burn temperature were both ideal. 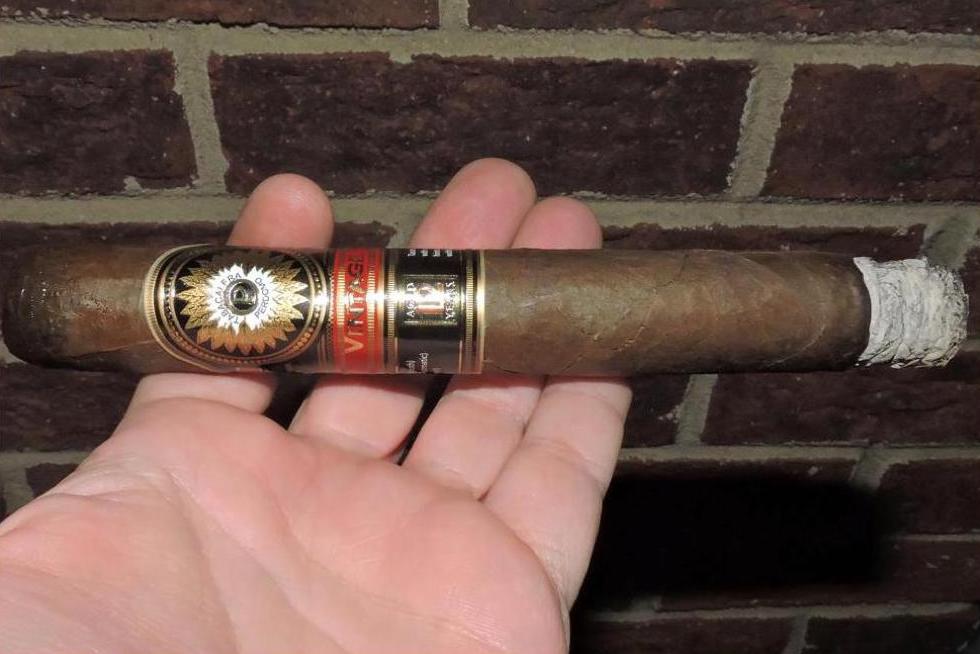 For a large cigar, I was quite impressed with how the Perdomo Double Aged 12-Year Vintage Maduro Churchill performed. The draw was in the sweet spot for me as it had a touch of resistance. Despite a larger ring gauge and longer length, this was a cigar that was smooth to puff on. This cigar also produced ample amounts of smoke.

One thing that stands out about the performance of the Perdomo Double Aged 12-Year Vintage Maduro is how well this cigar smokes in a 7 x 56 format. This as a cigar that delivered the whole package – flavor, complexity, and excellent construction. While it’s one that can be smoked any time of the day, it’s one to me that has its sweet spot after a steak dinner and with a glass of whiskey. I’d recommend this cigar to an experienced cigar enthusiast or a novice looking for something medium plus. As for myself, this is a cigar I’d smoke again – and it’s one that earns box worthy consideration.