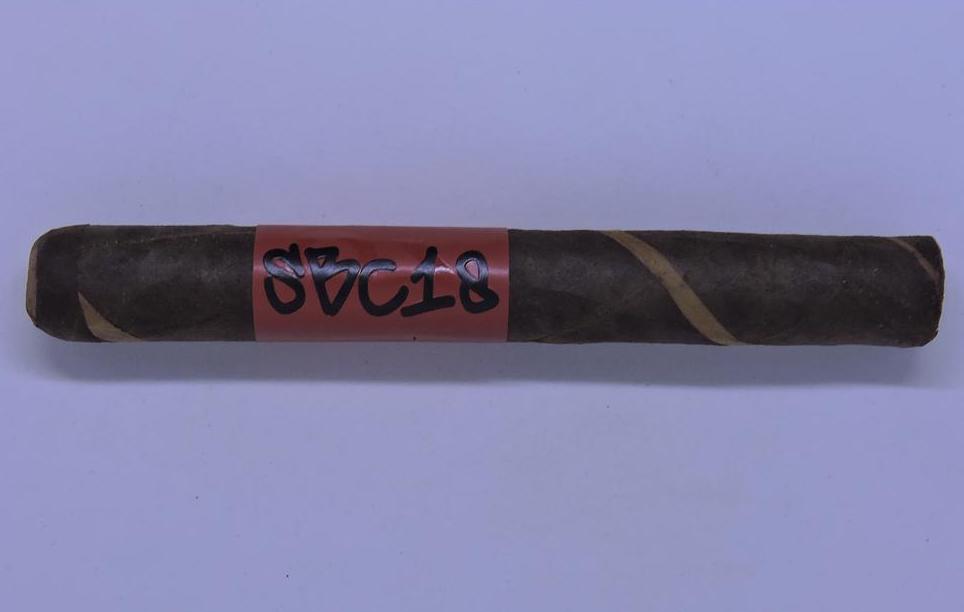 In 2018, a small-batch limited edition cigar named Powstanie SBC18 hit the market. Powstanie is a brand owned by Mike and Greg Szczepankiewicz, the owners of Cigar Hustler. To produce their brand the Szczepankiewicz brothers teamed up with Nica Sueño, the factory co-owned by Skip Martin of RoMa Craft Tobac. SBC stands for “Surrounded by Champions” and the name pays homage to the people who helped the brothers get their brand off the ground. The SBC line made its debut in 2016 with the Powstanie SBC16, a Pennsylvania Broadleaf/Ecuadorian Connecticut barber-pole. SBC18 is the second release in the line and this one uses a Mexican San Andres/Ecuadorian Connecticut barber-pole. Today we take a closer look at the Powstanie SBC18.

In terms of distribution, the Szczepankiewicz own and operate their own company Pospiech Cigars. In addition to distributing their own brand, Pospiech is also used for distribution for Mitul Shah’s Fable Cigars, Nica Sueno blender Esteban Disla’s Guáimar brand; as well as FQ Cigars and a small Dominican brand known as Chogui. All Pospiech distribution comes out of the Cigar Hustler facility in Deltona, Florida.

Without further ado, let’s break down the Powstanie SBC18 and see what this cigar brings to the table.

In addition to Mexican San Andres and Ecuadorian Connecticut Shade leaves for the wrapper, the remainder of the blend utilizes Nicaraguan tobaccos.

The band to the Powstanie SBC18 has a solid red color with the text “SBC18” in a large graffiti-type font.

Prior to lighting up the Powstanie SBC18, a straight cut was used to remove the cap on the cigar. After the cap was removed, it was on to the pre-light draw phase. The dry draw produced notes of coffee as well as a combination of both classic wood and cedar. This seemed to be a satisfactory pre-light draw. At this point, it was time to light up the Powstanie SBC18 and see what the smoking phase would have in store.

The Powstanie SBC18 started out with notes of rich black coffee, classic wood, and black pepper. The black coffee notes became primary early on and were soon joined by a lemon zest note. The coffee and lemon notes alternated in intensity. Meanwhile, the wood and pepper notes settled in the background. There was an underlying creaminess to the flavor profile and an additional layer of black pepper on the retro-hale.

During the second third of the Powstanie SBC10 the black coffee notes took control. The lemon notes diminished and settled in the background. There were still notes of classic wood and pepper in the background. It was during this stage that the pepper notes slowly began to increase on the tongue. Concurrently there were times some dark chocolate mixed into the profile imparting a little extra sweetness

By the last third, the black coffee notes remained primary, but the black pepper notes had closed in on the forefront. There were still notes of classic wood and lemon present – and the dark chocolate notes still surfaced from time to time. Most of the creaminess present early on had subsided. This is the way the Powstanie SBC18 came to a close. The resulting nub was firm to the touch and cool in temperature.

While there was an occasional bit of waviness on the burn line, for the most part, the Powstanie SBC10 had no problem keeping a straight burn path. The resulting ash had a salt and pepper complexion. This was an ash that was on the firmer side. Meanwhile, the burn rate and burn temperature were ideal throughout the smoking experience. 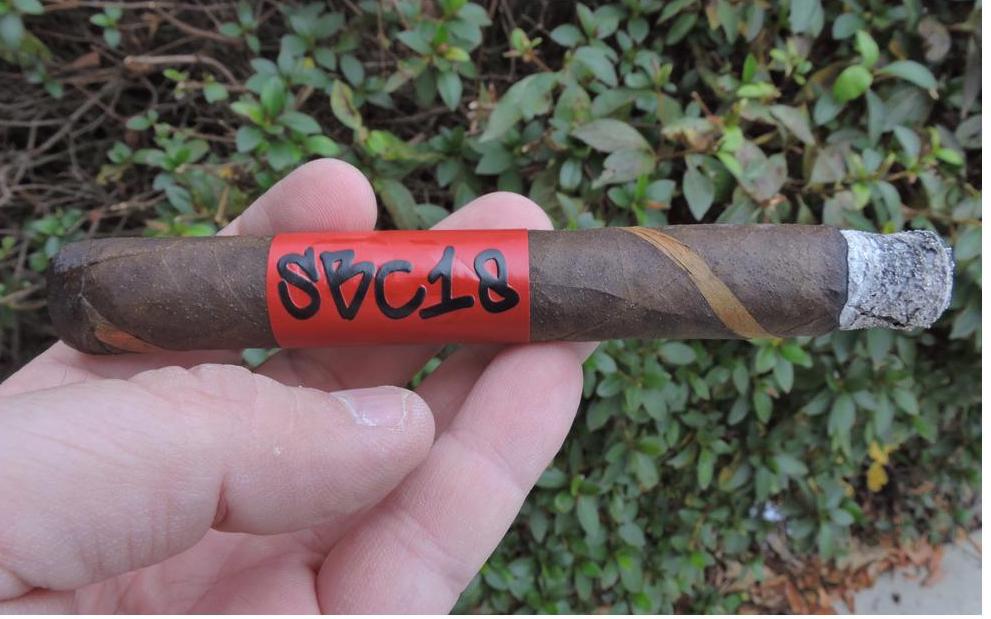 Burn of the Powstanie SBC18

The Powstanie SBC18 had a touch of resistance to it. This is something that I like – and provided an excellent experience while I puffed on the cigar. At the same time, this was a low maintenance cigar to derive flavor from.

The Powstanie SBC18 started out as a medium strength, medium to full-bodied cigar. As the cigar experience progressed, both attributes increased in intensity. The increase in strength was slightly greater than the increase in body. By the second half, the SBC18 had progressed to medium to full strength and by the last third, the body increased to full.

Throughout the smoking experience, when looking at strength versus body, the body maintained the edge.

Without a doubt, flavor is ultimately the most important scoring category when assessing a cigar. I’ve said it many times, when a cigar excels in the flavor category it goes a long way. This is exactly the case when it comes to the Powstanie SBC18. It’s not an overly complex cigar, and at $16.00, it’s not an inexpensive cigar. At the same time, there wasn’t a point where I felt the SBC18 was not performing like a $16.00 cigar should perform. I certainly wish that this was a release that had more than 250 20-count boxes. Given this is a bolder cigar, it’s one I would recommend to a more seasoned cigar enthusiast. As for myself, it’s one that I would smoke again – and it’s one for which I wouldn’t hesitate to purchase a box of.