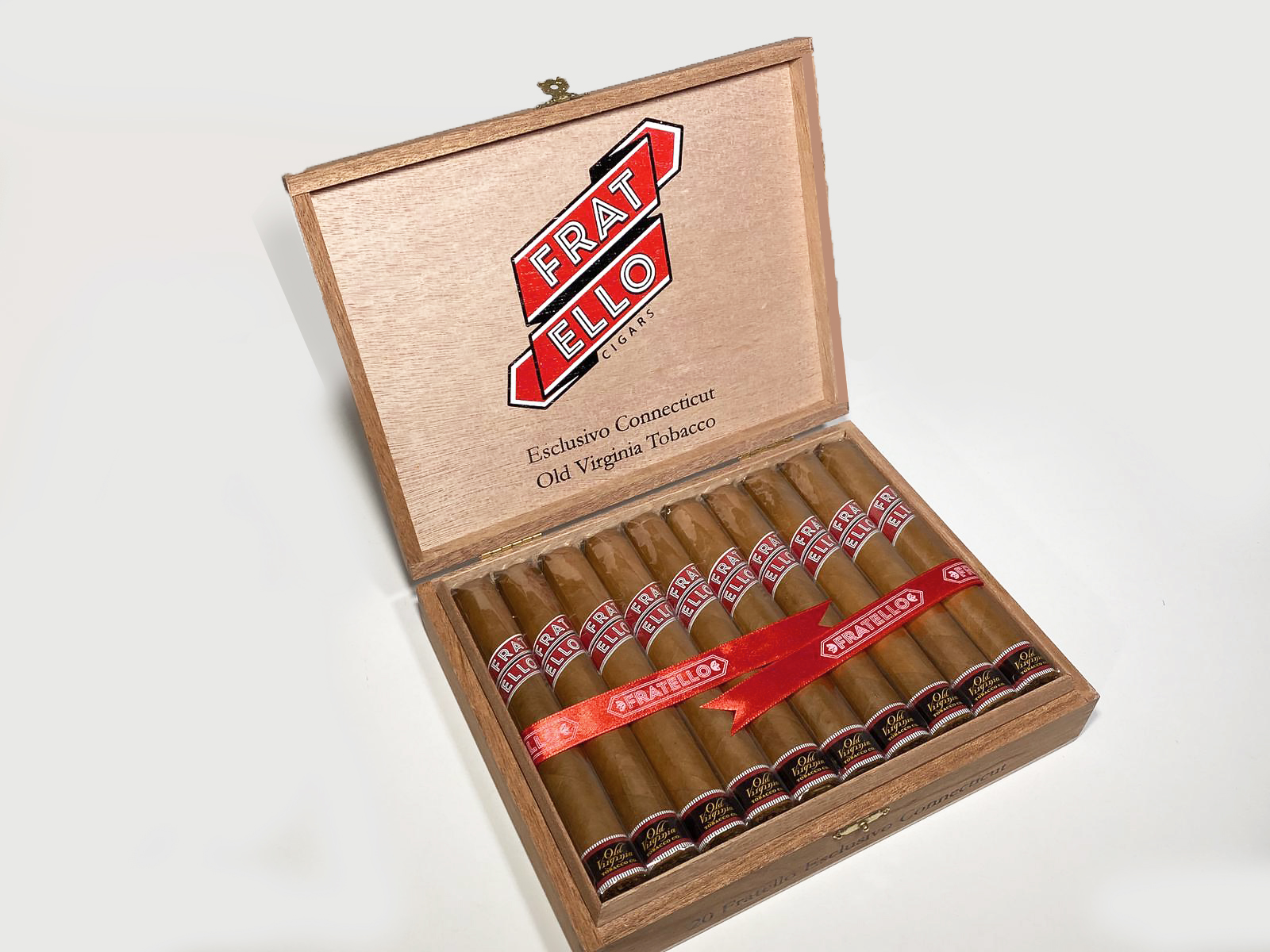 Produced at the Joya de Nicaragua factory, the cigar will utilize an Ecuadorian Connecticut Shade wrapper over a Nicaraguan binder and a combination of Nicaraguan and Dominican filler. The Fratello Esclusivo Connecticut will come in one size – a 6 x 52 Toro. Production will be limited to 300 20-count boxes.

Last year, the first Fratello Esclusivo made its debut at Old Virginia Tobacco Company in the form of a 5 x 52 Piramide based on the original Fratello blend.

“I approached Gary (Owner of OVTC) earlier this year about expanding on the Esclusivo line. The idea was to challenge the success we had with the Habano and expand the line so OVTC customers have another exclusive cigar to enjoy in their stores,” said Fratello Cigars founder Omar de Frias.

At a glance, here is a look at the Fratello Esclusivo Connecticut: