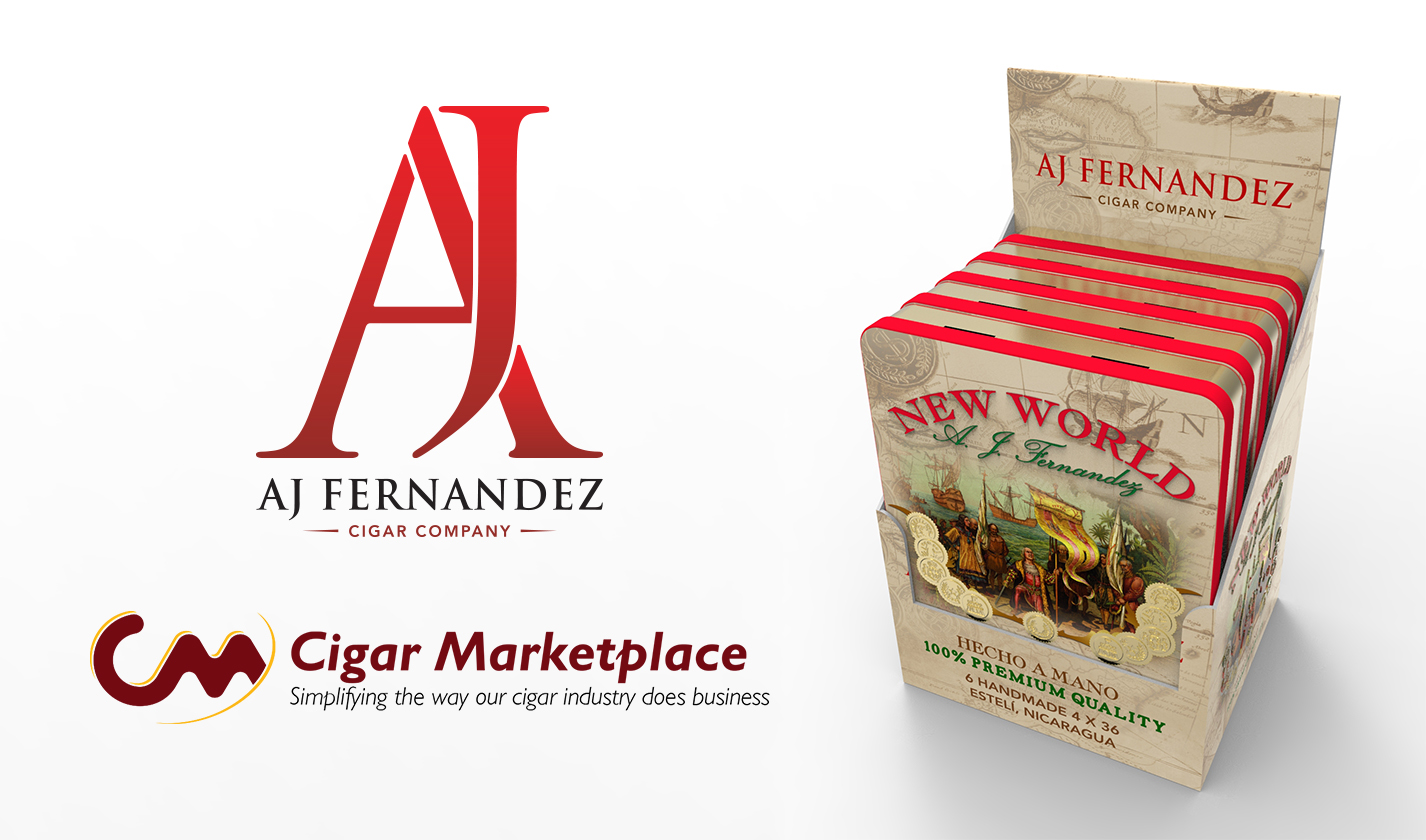 Cigar Marketplace has announced its first exclusive offering. It will be a new 4 x 36 size of the popular AJ Fernandez New World line packaged in tins where distribution will be handled exclusively by Cigar Marketplace. The new offering will be launched officially at the Tobacco Plus Expo (TPE) 2020.

The New World tins will contain six of the 4 x 36 New World Cigars. The tins will also be available in five-count displays. The cigar is a Nicaraguan puro featuring a dark Nicaraguan wrapper with a double binder from Jalapa and Ometepe plus fillers from Condega and Estelí. Shipping is scheduled for mid-March.

In a press release, Starky Arias, founder of Cigar Marketplace said, “This is one of my favorite cigars, can’t be more thankful with AJ for his friendship and the opportunity he is giving to Cigar Marketplace”

Cigar Marketplace is B2B platform designed to connect retailers and cigar manufacturers together. The platform serves as an online brokerage that connects premium suppliers to retailers for cigars and accessories.