The Cigar of the Year Countdown is a quantitative analysis of the best cigars of 2019. The Countdown is built strictly on merit and does not factor in price. A few years ago, I started to take a closer look and see how this list would look if price were to be factored in. The goal here was to look at the Top 30 Countdown and rank which cigar had the most bang for the buck.

First up, I built what I call the “Value Rating”. With the Value rating, we assume all 30 cigars weigh equally on merit and intangibles and simply rank them from lowest to highest price.

This year, the Alec Bradley Project 40 06.52 is the cigar that tops the Composite Rankings.  It was the least expensive cigar on the list coming in at $5.50. It also was the #3 Cigar of the Year on the Countdown. The Kristoff Vengeance Robusto finished at #2, followed by the Aladino Maduro Corona at #3.

One other interesting note. The average price of a cigar on the Countdown was $12.08. 21 of the 30 cigars were priced below this threshold.

Note: In the case of a tie, price was used to break the tie. 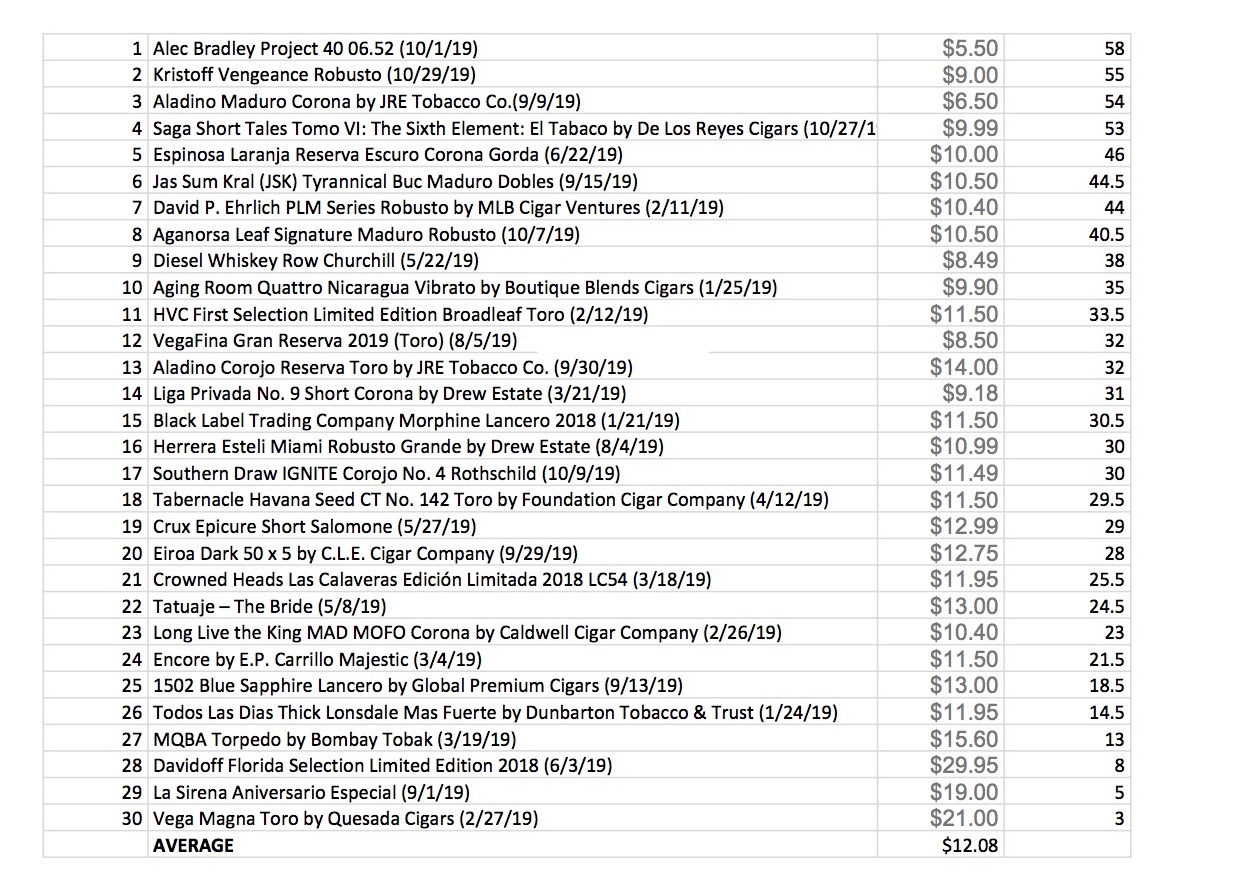 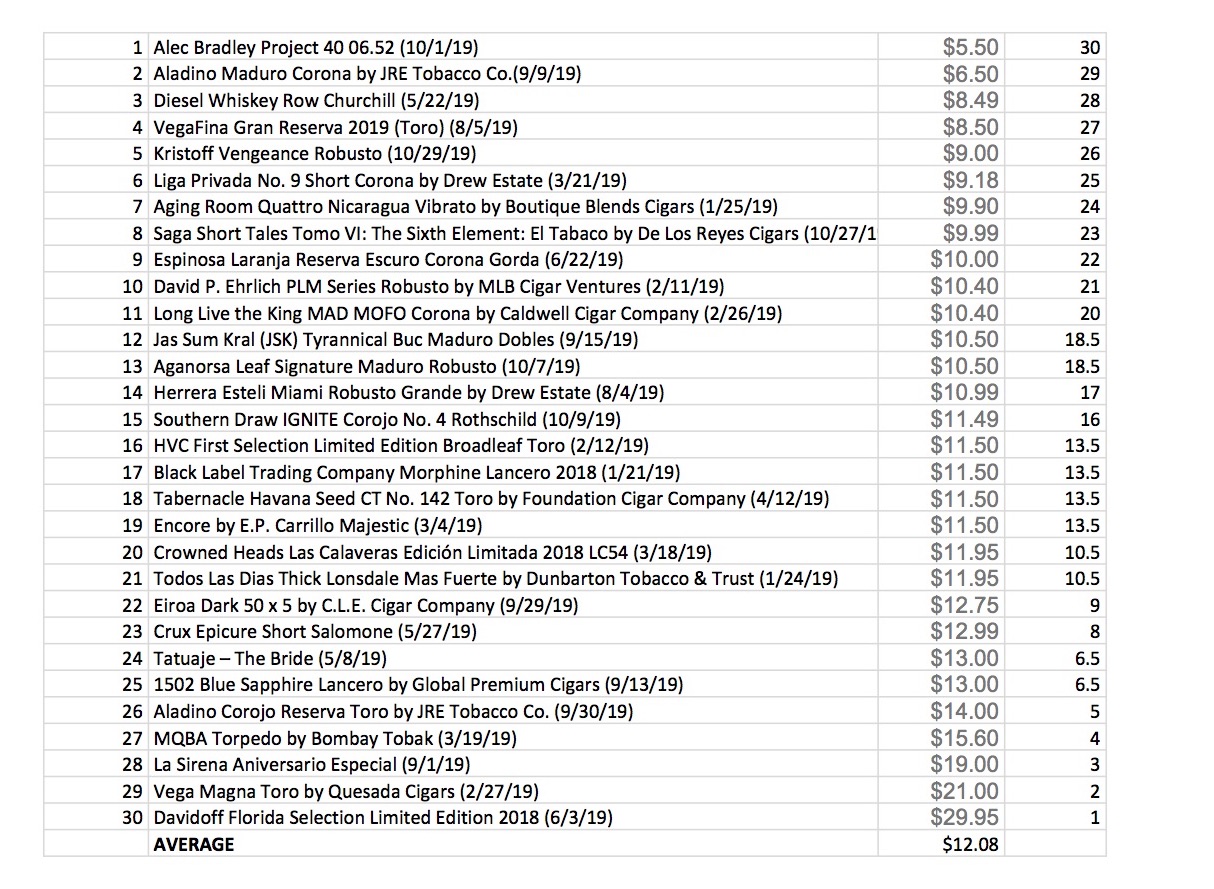 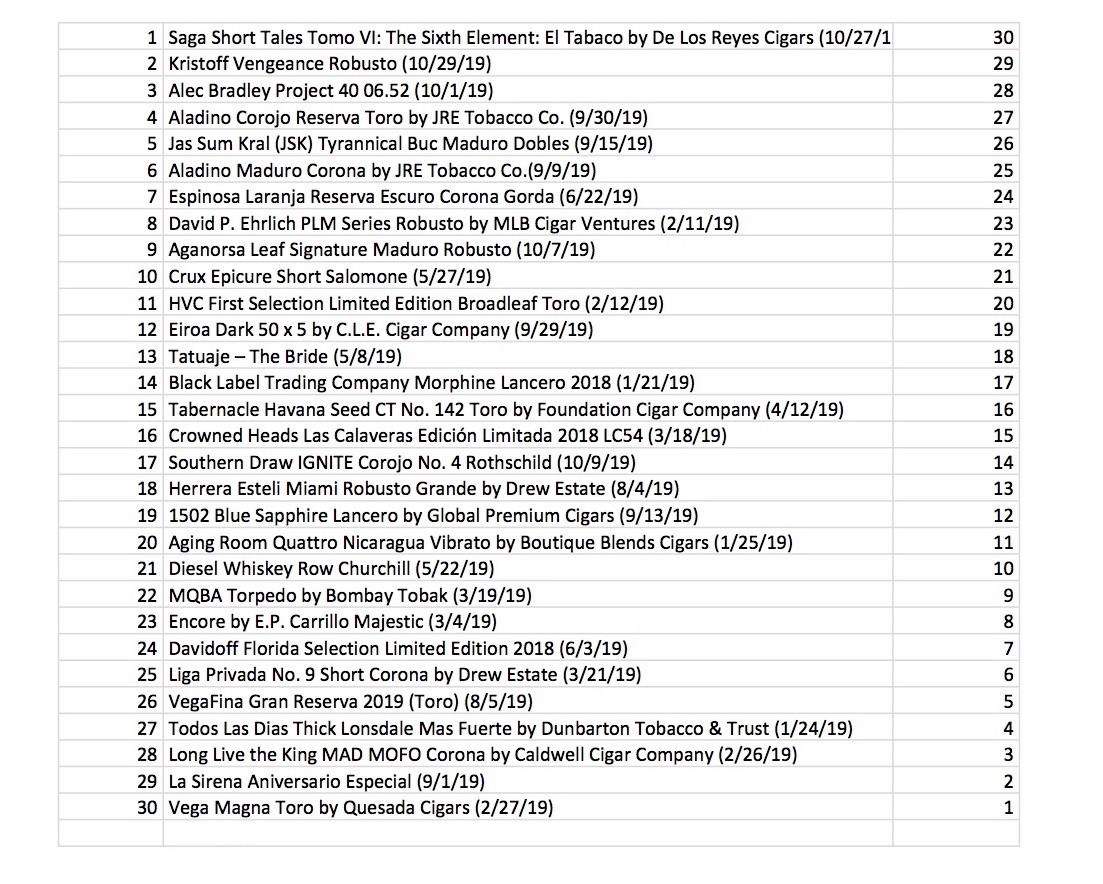