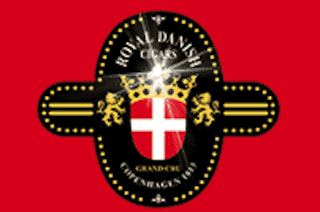 Jan Vistisen, owner of Royal Danish Cigars, has announced he is being forced to rename the company. Vistisen says this decision was made because Denmark’s Royal family does not want to be associated with tobacco.

While Royal Danish Cigars is a registered trademark, according to a report (which was shared by owner Jan Vistisen), Denmark’s royal family claims to have the sole rights to use the trademark. The report also says that the Danish government has begun threatening retailers with fines if they do not stop carrying the product.

On his Facebook page, Vistisen commented, “The Royal Danish Court has decided no longer to support tobacco. This means that Royal Danish Cigars despite being an official registered trademark in the Kingdom of Denmark for almost 10 years will be changing its brand name to follow the wishes of our Royal family. Royal Danish Cigars are now collector items, but we are working on a new name and presentation to be released in April 2020. Thank you for all your custom and support over the years and I’m humbly looking forward to have you back as a dedicated fan of my new cigars in the nearest future.”