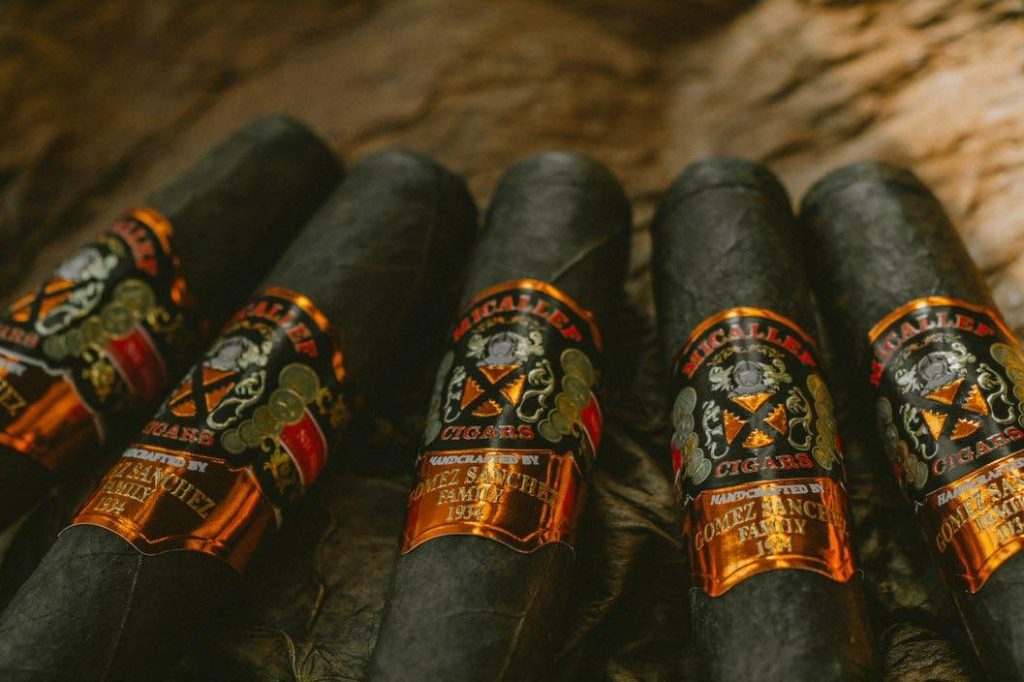 Micallef Cigars is shipping its first new cigar of 2020. It’s a Maduro cigar and it will be a brick and mortar exclusive. It’s also a cigar that commemorates the one year anniversary of Micallef’s Ambassador Program. Currently, the cigar is being called the Micallef Maduro “To Be Named” and that’s because the cigar will be named by Micallef’s Ambassador team. It will also be a brick and mortar exclusive that is competitively priced.

“Our first cigar of 2020 celebrates the one-year anniversary of the Micallef Ambassador program. We are counting on our friends and Ambassadors to help name the new Micallef Maduro,” said Al Micallef, Founder of Micallef Cigars in a press release. “I want to be a great partner with retailers, so it’s not going to be sold online.”

Despite the cigar not yet having an official name, it is shipping now. The idea was to give participants a chance to enjoy the cigar before the final name is chosen. The person who ends up nominating the chosen name will receive a special care package from Micallef.  During the initial release, a limited number of the cigars are available for retailers in bundles without a secondary band where the final name will be placed. Once a name is finalized, Micallef will finalize the boxes, rings, and UPC codes.

The blend for “To Be Named” features a Maduro wrapper, a Sumatra binder, and a mix of Nicaraguan and Dominican fillers. It will come in one size – a 6 3/4 x 54 Gran Toro. Pricing for the Micallef Maduro “To Be Named” is set at $7.50.

“To Be Named” is the third Maduro to be released in the Micallef portfolio joining the Micallef Herencia Maduro and Micallef Grande Bold Maduro. The decision to add another Maduro comes directly from shop-owners and Micallef Ambassadors. Last month the company began sampling the Maduro to its partners. Shar Broumond of En Fuego Cigars in Las Vegas has described the cigar as, “A very smooth and flavorful cigar, as expected from all Micallef blends. Quality, great construction and a beautiful smoke.”

Earlier this year, Micallef Cigars released a strategy letter to its customers and retail partners. The “To Be Named” Maduro release is an example of Micallef’s commitment to execute on the strategy. First, the “To Be Named” Maduro is being released to celebrate the one year anniversary of the Micallef Ambassador program. The company considers the Ambassador Program a fundamental part of its business strategy, and by giving the Ambassadors the opportunity to name the cigar, it will encourage greater participation by the Ambassador team. In addition, the $7.50 price point provides a gateway for cigar enthusiasts to discover Micallef Cigars as well as for retailers to maximize profits. Finally, by making a brick and mortar exclusive release without Internet sales, it furthers the commitment Micallef made to the brick and mortar segment.

Participants can learn more about joining the Ambassador Program and naming the cigar at MicallefCigars.com.

At a glance, here is a look at the Micallef Maduro “To Be Named”: