Agile Cigar Reviews are cigar assessments where we use a lightweight, shorter format. These will never take the place of our comprehensive reviews. They are only used on blends we have previously assessed. This might be a blend we are re-scoring or giving a score for the first time. It might be a blend we are looking at in a different size. Today we look at the Brick House Mighty Mighty Toro Maduro by J.C. Newman Cigar Company. This is a cigar line we previously assessed in the Mighty Mighty size back in November 2019. 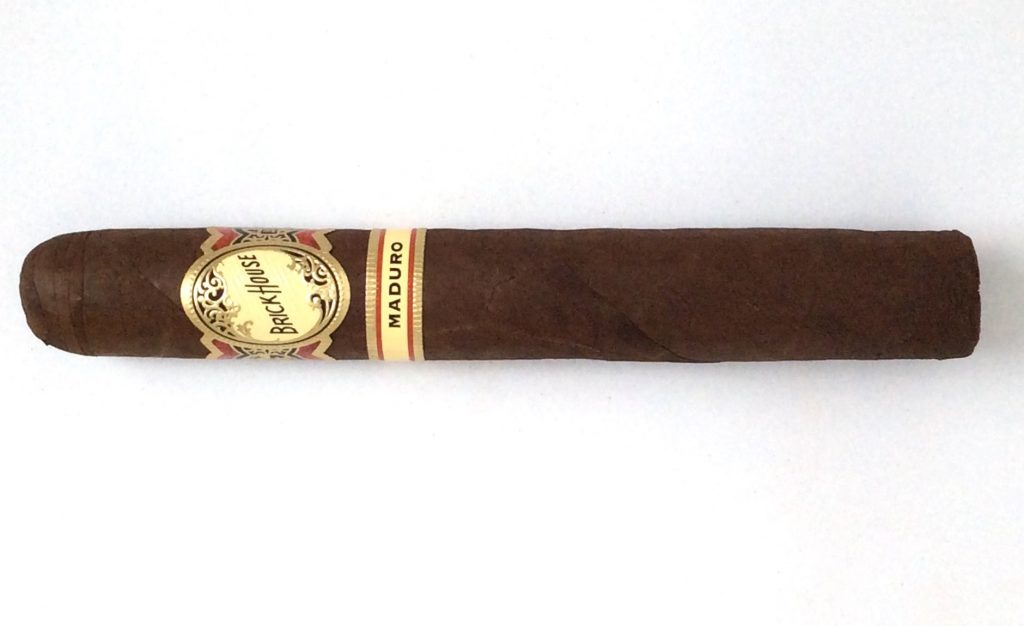 When the Brick House Maduro blend was first introduced, it was originally introduced in a 6 1/4 x 60 format known as Mighty Mighty. Slowly J.C. Newman has expanded the line. This was followed by a Robusto (5 x 54) in 2013, and a Toro (6 x 52) in 2016. The Brick House Maduro is highlighted by a Brazilian Arapiraca Wrapper over a blend of Nicaraguan tobaccos. The cigar is produced out of J.C. Newman’s PENSA factory in Estelí, Nicaragua.

The Brick House Toro Maduro starts out with a mix of cocoa powder, earth, red pepper, and cedar. The cocoa and natural tobacco were the primary notes during the first third, having a nice synergy. The red pepper was a secondary note, but contributed some pungency to the overall flavor profile. The second third saw the cocoa diminish and the natural tobacco become more of a dominant note. There was also an increase in the cedar notes. By the last third, the natural tobacco was in control, but the cocoa powder, red pepper, earth, and cedar were still rounding out the overall profile.

In terms of strength and body, the Brick House Toro Maduro started out medium and progressed into medium to full territory by the second half. The strength and body both balanced each other nicely.

If you liked what J.C. Newman did with the Brick House Mighty Mighty Maduro, then you are going to like what they did with the Toro Maduro. I found the flavor profile to be very similar to what was offered with the Mighty Mighty – basically not overly complex, but one that delivers solid flavors. I found the Toro had a little more sharpness from the Arapiraca wrapper, and was a little bolder in terms of strength and body. It’s still a cigar I could recommend to a novice or experienced cigar enthusiast – and certainly one I’d buy and smoke again.