Agile Cigar Reviews are cigar assessments where we use a lightweight, shorter format. These will never take the place of our comprehensive reviews. They are only used on blends we have previously assessed. This might be a blend we are re-scoring or giving a score for the first time. It might be a blend we are looking at in a different size. Today we look at the Encore by E.P. Carrillo Valientes (Torpedo). This is a cigar line we previously assessed in the Majestic (Robusto) size back in March 2019. 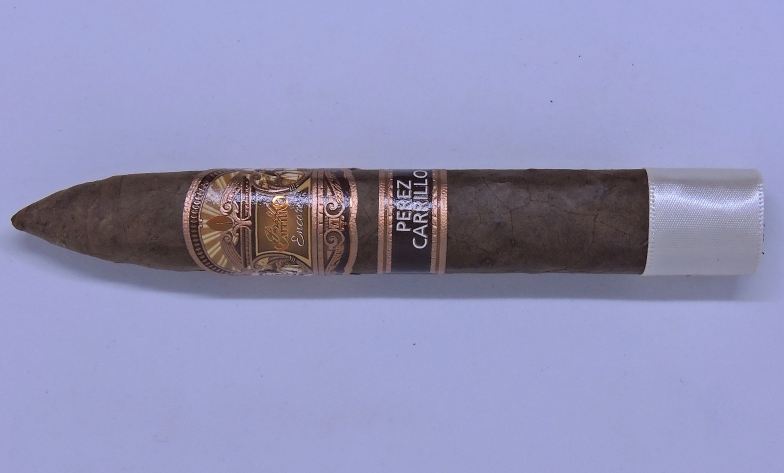 In 2018, E.P. Carrillo would release the second installment of its Perez-Carrillo Series with the Encore. The cigar follows up the highlighted successful La Historia. While La Historia is a San Andres Maduro wrapped offering, Encore is a Nicaraguan puro that is made at company founder Ernesto Perez-Carrillo’s Tabacalera La Alianza in the Dominican Republic. Both the La Historia and Encore garnered significant critical acclaim. La Historia would snag the #2 Cigar of the Year on Cigar Aficionado’s highly coveted Top 25 list. Four years later, Encore Majestic would top that – capturing the #1 Cigar of the Year on the Cigar Aficionado list. The Majestic would also place #23 on the 2019 Cigar Coop Countdown. Meanwhile, the Valientes size snagged Cigar of the Year honors from Prime Time Special Edition’s Bear Duplisea. Today we take a closer look at the Valientes, a 6 1/8 x 52 box-pressed Torpedo.

Encore is not the first all-Nicaraguan cigar made by E.P. Carrillo (that cigar was the E.P. Carrillo Short Run 2016 Nicaragua), but there are some differences with this blend. The tobacco used for the Encore was aged and cured in something called tercios. Tercios come from the bark of palm trees and are used to wrap the tobaccos in bales. After the tobacco is wrapped, there is some additional aging that occurs.

One key takeaway I got when I smoked the Majestic size of the Encore is that while it doesn’t have the most exotic flavor profile, it still is a cigar that smokes like no other Nicaraguan puro. The Valientes falls into the same category. Possibly the one difference is it scores a little less in the complexity category, but nonetheless it is still an excellent offering in the Encore line. This is a cigar I would recommend to the novice or experienced cigar enthusiast. It’s certainly a cigar I would smoke again and buy multiples to keep in the humidor.