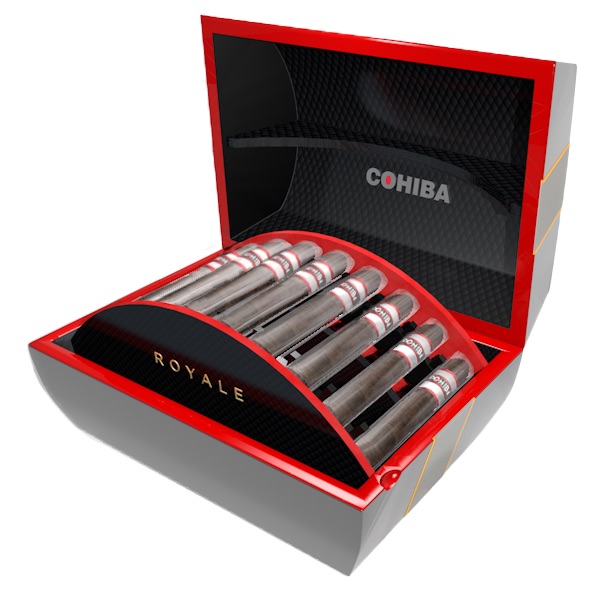 General Cigar’s Cohiba Royale, a cigar the company describes as the strongest Cohiba offering to date, has begun arriving at retailers.

“Cohiba Royale was created with the cigar connoisseur in mind, bringing to life the microclimates and fertile soils of the Caribbean and Central America in a way that is unique to the brand. All of the tobaccos that comprise Cohiba Royale are hand-selected and deeply aged, representing the best of the best tobacco growing regions in the world. The result is a cigar that is as bold as it is refined, befitting of the Cohiba name,” commented Brand Ambassador Sean Williams in a press release.

The cigar itself is highlighted by a sun-grown Nicaraguan Broadleaf wrapper. All tobaccos have undergone aging for five to six years. The cigar is available in three sizes – each package in five or ten-count boxes.

At a glance, here is a look at the Cohiba Royale:

For our previous coverage of the Cohiba Royale, see below: