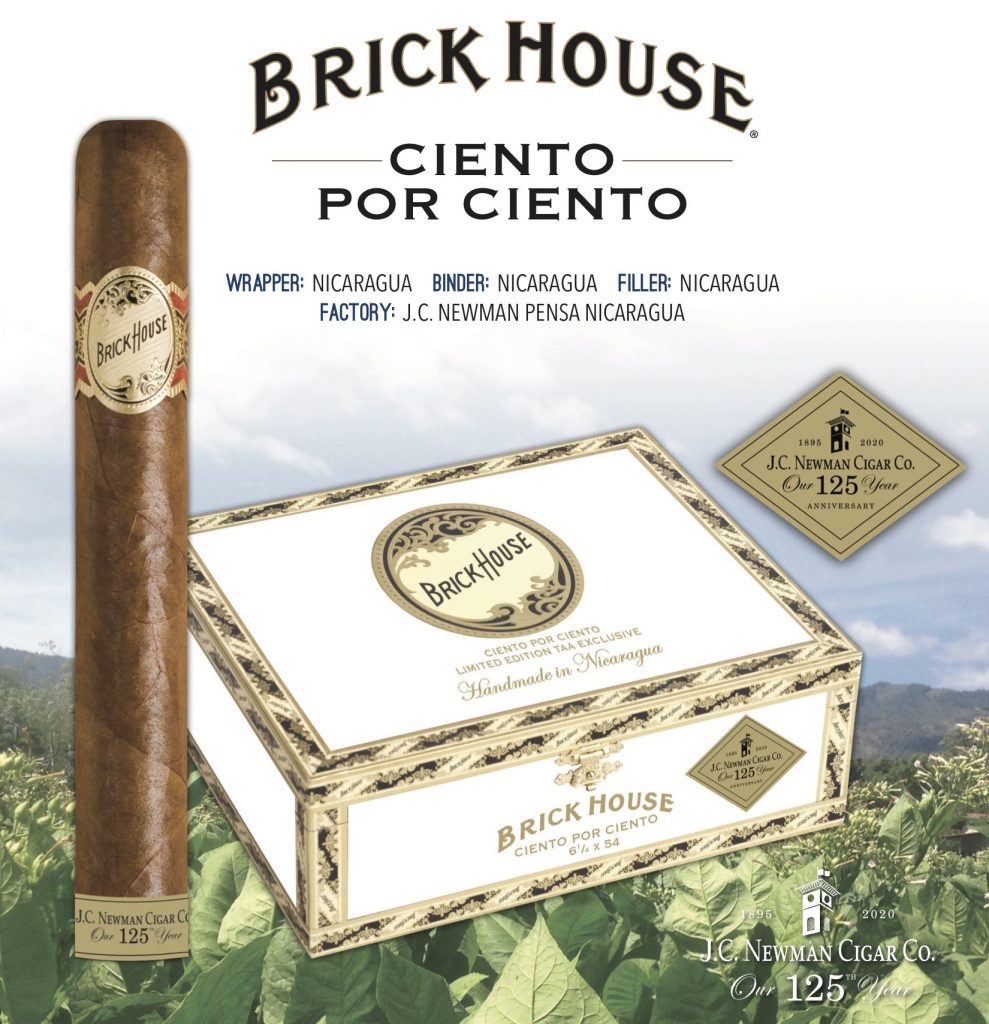 For the second straight year, J.C. Newman Cigar Company will release its Brick House Ciento Por Ciento as an exclusive offering to the Tobacconist Association of America (TAA)’s 2020 Exclusive Series of cigars.

Brick House Ciento Por Ciento was introduced last year as a part of the 2019 TAA Exclusive Series. The cigar is a Nicaraguan puro highlighted by a Habana seed wrapper over Nicaraguan tobaccos from three different growing regions. Like last year, the cigar comes in a single size – 6 1/4 x 54. The cigars are available in 25-count boxes. Production comes from J.C. Newman’s Nicaraguan factory, Puros de Estelí Nicaragua, S.A. (J.C. Newman PENSA). Production has been limited to 800 boxes and pricing is set at $7.40 per cigar.