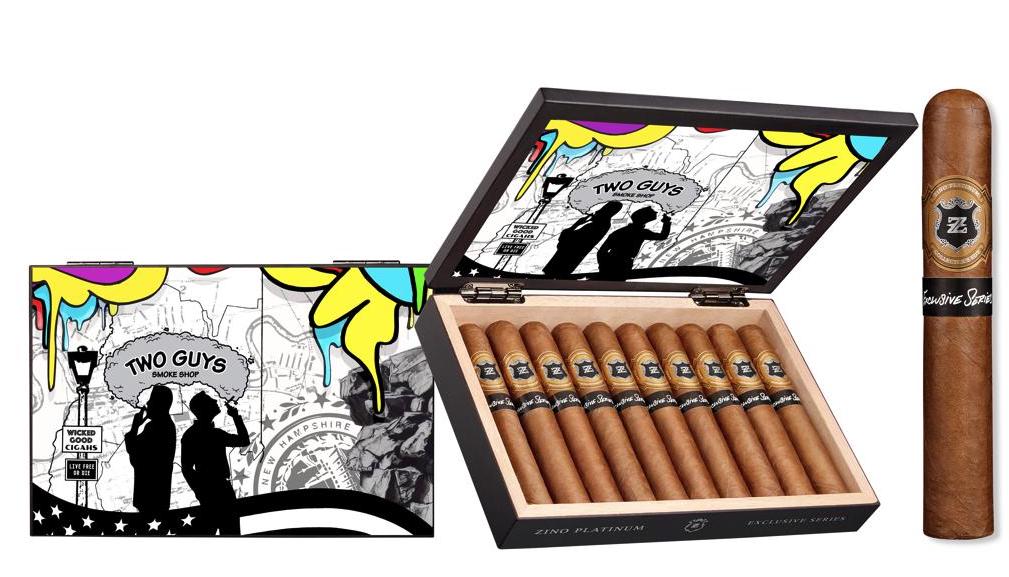 The brand features artwork by street artist Mike Baca and Fernando Romero. In 2016, the duo was hired as brand ambassadors to carry out the “The Remake” campaign of the Zino Platinum cigar. Last year, the duo completed artwork on the outside of one of Two Guys Smoke Shop’s retail locations. It is the same artwork that is used on the box design.

The Zino Platinum Exclusive Two Guys Smoke Shop Edition features an Ecuadorian Habanos wrapper over a Dominican binder and fillers from both the Dominican Republic and Nicaragua. The cigar comes in one size – a 5 3/4 x 54 toro. The cigars are packaged in ten-count boxes with a total production of 250 boxes.

In a press release, David Garofalo owner of Two Guys Smoke Shop commented, “We had scheduled a big event with the artists, but due to COVID-19 we had to obviously scrap those plans. It’s a changing world, but one thing that hasn’t changed is the great tobacco used in Zino cigars. It’s an important escape in these trying times, and we wanted to bring this release to you on it’s scheduled release date.”

At a glance, here is a look at the Zino Platinum Exclusive Two Guys Smoke Shop Edition: