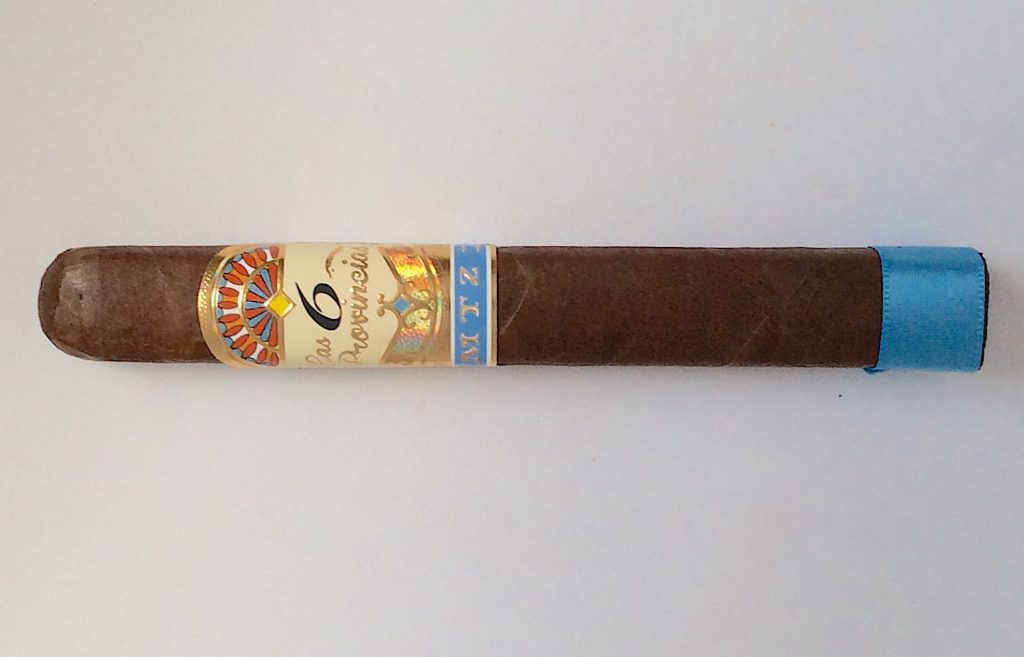 At the 2019 IPCPR Trade Show, Espinosa Cigars launched the second installment of its limited-edition Las 6 Provincias series, the Las 6 Provincias MTZ. This is a series that pays homage to the pre-Castro era of Cuba with the packaging and banding reflecting that. The name Las 6 Provincias means “six provinces” – and it refers to the six provinces that existed prior to the takeover of Cuba by Fidel Castro. There are six planned releases of Las 6 Provinces – with each having a unique blend, size, and associated artwork. The MTZ pays homage to the province of Matanzas. Today we take a closer look at that cigar.

Las 6 Provincias is a project that was spearheaded by company founder Erik Espinosa’s son Erik Jr. The blend was worked on by Hector Alfonso Sr. at AJ Fernandez’s San Lotano factory. Fernandez acquired the facility almost two years ago. Since then Espinosa has handled some of its production out of that facility including the 2017 iteration of the  Murcielago and the majority of the 601 portfolio. The MTZ follows the Las 6 Provincias LHB, which was the first installment released in 2019.

The Las 6 Provincias line is Espinosa’s most premium line to date. The MTZ is priced at $16.50.

Without further ado, let’s break down the Las 6 Provincias MTZ and see what this cigar brings to the table.

The MTZ is available in one size – a 6 x 52 (Box Pressed). There are two packaging options available for this cigar. The first features a traditional ten-count varnished box while the second features a 20-count box in the style of a Cuban Style panel door. 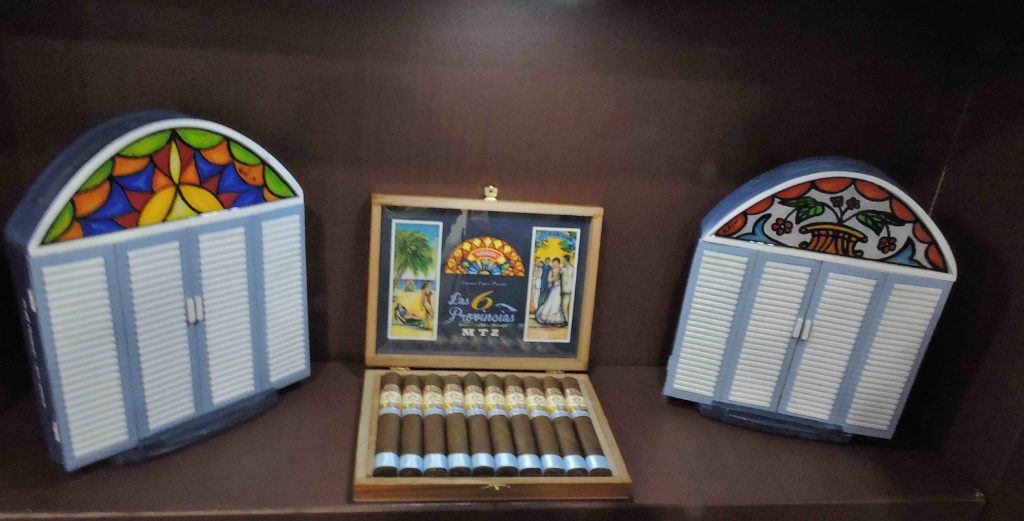 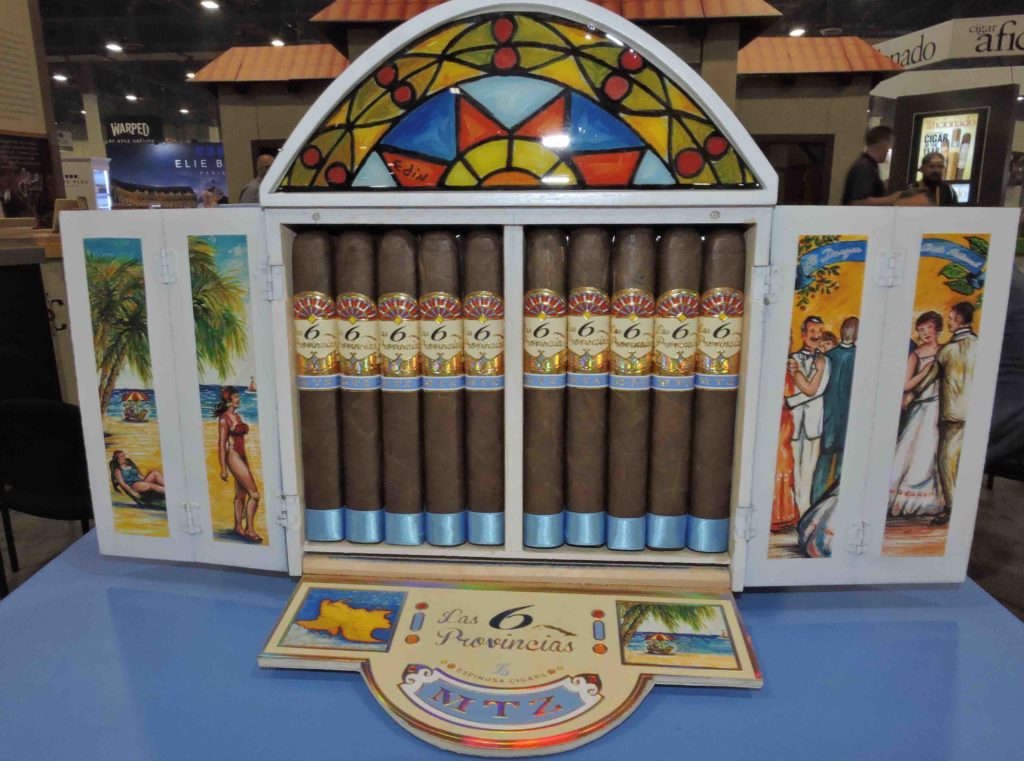 The Habano wrapper of the Las 6 Provincias LHB was on the darker side with a slight rosado tint to it. This is a wrapper with a silky complexion to it. The wrapper was smooth, almost void of visible veins and visible wrapper seams were well hidden. The box-press was on the sharper side.

There are two bands on the Las 6 Provincias MTZ. It is similar to the band of the LHB, but the big difference is a lighter hue of blue is used in most places. The primary band has a pale yellow background with the text “Las 6 Provincias” on the front. The “6” is in blue while the remainder of the text is gold. Above the text are two concentric sunrise-like designs that are mostly red, blue, orange, and gold. There are blue, gold, and red adornments to the left and right. The left side of the band has the text “ESPINOSA” in small white font on a blue background. The right side of the band has the text “CIGARS” that is also in white font on a blue background. The far right contains a dark blue and white Espinosa La Zona circular logo.

Resting partially under the primary band is a secondary band. It mostly has a gold foil background. The lower part of the band contains a thick blue stripe surrounded by white pinstripes. On that band is the text “LHB” in gold font. To the left and right of the text are two parallel horizontal gold pinstripes. Finally, there is a  sky-blue colored ribbon surrounding the bottom of the cigar near the footer.

The cigar experience of the Las 6 Provincias MTZ commenced with a straight cut to remove the cap. From that point, it was time to begin the pre-light ritual. The cold draw delivered a mix of chocolate and cedar notes. To me, this was a satisfactory pre-light draw. At this point, it was time to light up the Las 6 Provincias MTZ and see what the smoking phase would have in store.

The Las 6 Provincias MTZ kicked off with notes of chocolate, earth, tangy citrus, and red pepper. There was no dominant note early on, but as the cigar experience progressed, the chocolate notes moved into the forefront. There was a creamy texture also present with the chocolate notes. Meanwhile, there was some cedar and mild red pepper present on the retro-hale.

The second third opened up with the chocolate notes still in the forefront. As the MTZ burned through this phase, the earth and tangy citrus notes started to emerge from time to time in the forefront. The earth notes became more frequent in the forefront and just past the midway point, it took over as the primary flavor. The creaminess present during the early stages had now dissipated. There also was a slight metallic note that surfaced from time to time. The red pepper also increased on the retro-hale.

As the MTZ entered the final third, the earth notes remained grounded in the forefront. The tangy citrus and red pepper notes were close secondary notes rounded out by subtle chocolate and metallic notes. This is the way the MTZ came to a close. The resulting nub was soft to the touch and cool in temperature.

While the MTZ was able to maintain a straight burn path and straight burn line, it did require slightly more touch-ups than I prefer. The resulting ash was firm and came off the cigar in clean chunks. This was an ash that was near white in color. As for the burn rate and burn temperature, both were ideal. 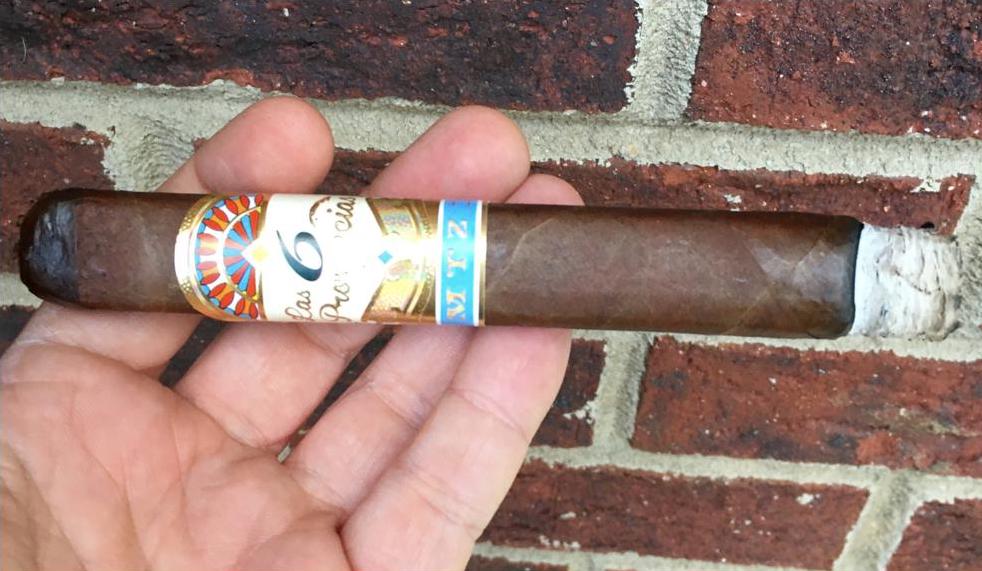 Burn of the Las 6 Provincias MTZ by Espinosa Cigars

The draw to the Las 6 Provincias MTZ was slightly more open than I prefer. Even though this was a box press, I do like a little more in the way of resistance. In the end, this didn’t have any other adverse effects other than a more open draw than I prefer.

The MTZ is a cigar that started out medium in strength and medium in body. There was a slight increase in intensity of both attributes, but the cigar remained in the medium range until the end of the smoking session. Both the strength and body maintained an equilibrium with neither attribute overshadowing the other.

One thing I have appreciated about the Las 6 Provincias series is how both the LHS and MTZ releases have brought something unique into the Espinosa portfolio. On top of that, I found the LHS and MTZ releases to each be distinct. The MTZ is a cigar that has been responding very well to aging. The cigars smoked for this assessment had four months of age on them, and they continue to get better over time. The medium strength and medium-body of this cigar were perfect for the flavors delivered. At $16.50, MTZ is not an inexpensive cigar, but it’s one I could recommend to any cigar enthusiast. As for myself, it’s one I would smoke and buy again.