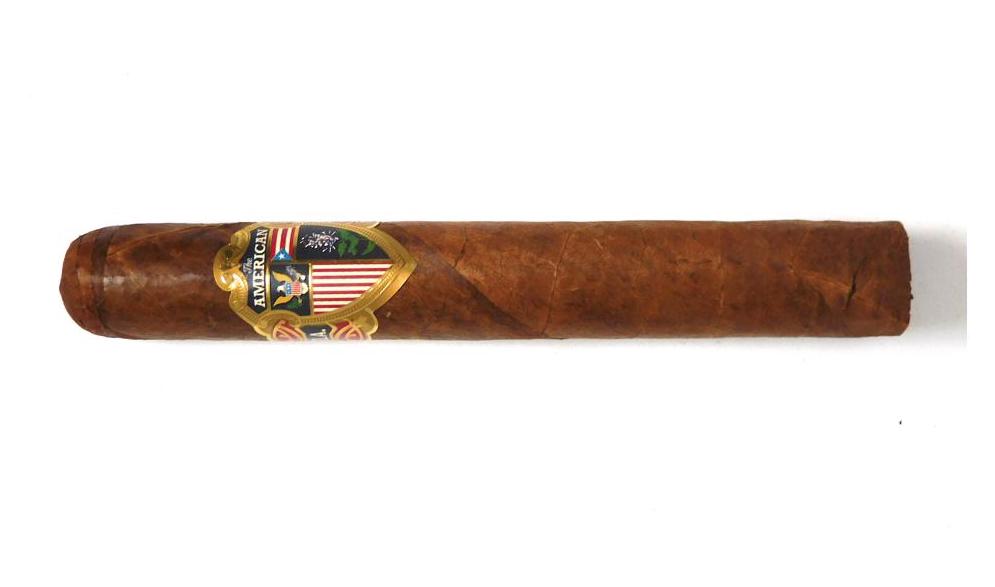 The 2016 IPCPR Trade Show is long remembered as a Trade Show where many companies were scrambling to introduce products to market prior to August 8, 2016 when the Deeming Rule by the U.S. Food and Drug Administration (FDA) would go into place. Any products being introduced after the date would require FDA approval, but anything prior to that date would have a grace period (at the time two years). One product that was quietly being talked about behind the scenes was a project by J.C. Newman Cigar Company known as The American. This was a resurrection of an old brand in the J.C. Newman portfolio. For the reincarnation, it would pay homage to U.S. cigar making. Not only would it feature all U.S. tobacco, but everything about the cigar would be American-made, including the boxes, the box hinges, the labels, and even the molds. The cigar would also be made at J.C. Newman’s El Reloj factory in Ybor City, Florida. It took a while for the cigar to make it to market, but in 2019 The American started to make its way into select retailers. Today, we explore The American in the Toro size.

El Reloj is a factory that focuses on cigars using hand-operated antique cigar machines. However, The American is a cigar that would be rolled by hand. The company employed a single pair to handle the production of The American. As a result, this is a cigar that has limited production, and thus limited availability.

Without further ado, let’s break down The American Toro and see what this cigar brings to the table.

The American uses 100% American tobacco. It brings in tobaccos from three regions: Connecticut, Pennsylvania, and Florida. The American is not the first U.S. puro to be released to market. Two notable projects that were U.S. puros include Tatuaje’s La Casita Criolla and Gran Habano’s George Rico S.T.K. Miami American Puro. The American is different in that it incorporates Florida Sun Grown (FSG)Tobacco from Jeff Borysiewicz‘s FSG farm in Clermont, Florida. Another thing is that this is different than any other release that has used FSG in that it would be the first time that the FSG would be used as a wrapper.

The remainder of the blend consists of a Connecticut Broadleaf binder and fillers consisting of Pennsylvania and Connecticut Habano tobacco.

The Florida Sun Grown wrapper of The American had a near cinnamon color to it. There was quite a bit of mottling on the surface. The wrapper also had some oil on it. There were also some visible veins and visible wrapper seams. The wrapper had a slight rugged-look, but that’s also what gave the wrapper some charm.

The last third saw the earth notes remain grounded in the forefront. The fruit notes subsided into the background joining the pepper, wood, and what few subtle cream notes remained. This is the way the smoking experience of The American Toro came to a close. The resulting nub was soft to the touch and cool in temperature.

While there was a slight amount of jaggedness to the burn of The American Toro, this was not a high maintenance burn. The cigar maintained a straight burn path from start to finish. The resulting ash was skewed toward the firmer side. This was an ash that was primarily light gray in color. As for the burn rate and burn temperature, both maintained ideal levels. 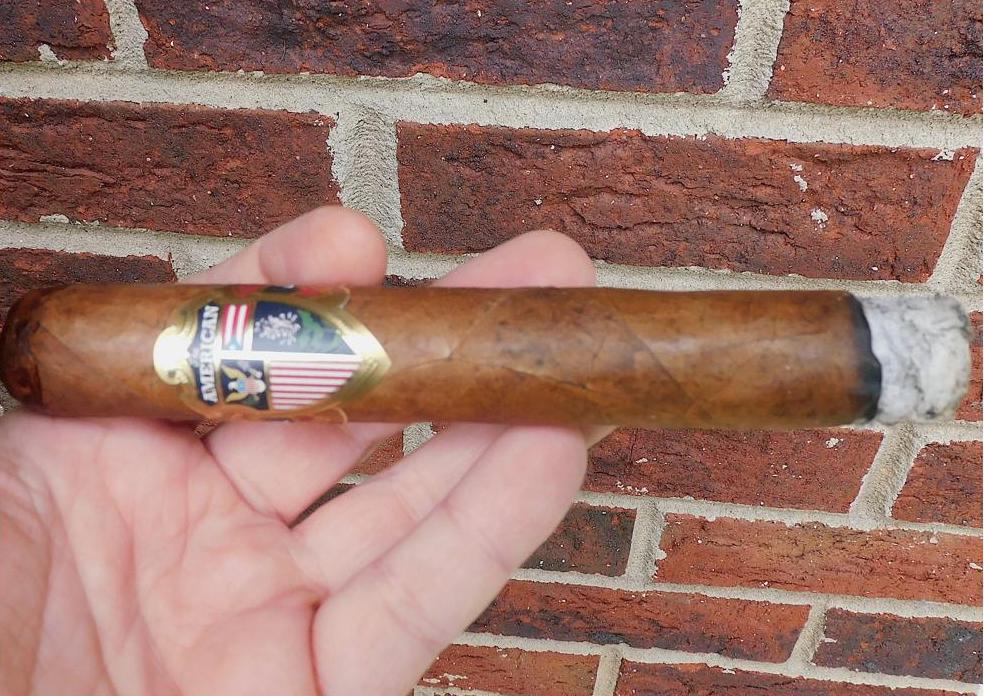 Burn of The American Toro

Usually, I prefer a draw that has a little resistance. While The American Toro did not have a loose draw, it’s still a cigar that I wish had just a little more snugness on the draw.

One important point to note is that the samples of The American Toro that were smoked were resting in the Cigar Coop humidor for about five months. When I first lit up this cigar six months ago, I found it to be much bolder. The five months definitely tamed this cigar, delivering a medium strength, medium-bodied experience (where it was closer to full five months ago for both attributes). During the smoking experience, there wasn’t much in the way of variance of the intensity levels of the strength and body.

When I first smoked The American Toro five months ago, I thought it was a good cigar. The five months aging not only mellowed the cigar a bit, it softened the cigar overall and made the flavors more refined. The result is that The American Toro is one of the best examples I have seen of using FSG tobacco and one of the best cigars J.C. Newman Cigar Company has ever released. The American Toro is priced at $18.50. While it’s expensive, it’s still a cigar I would recommend to any cigar enthusiast. As for myself, this is is not only a cigar I would smoke again, but one I would consider a box purchase of.