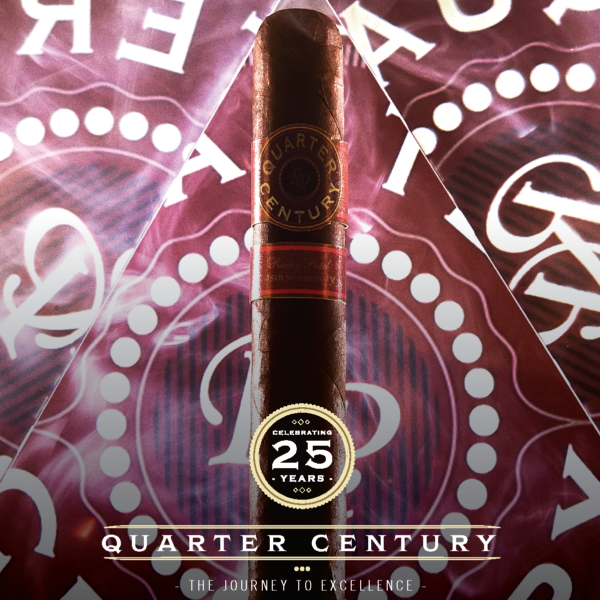 This year marks a major milestone for Rocky Patel Premium Cigars’ founder Rocky Patel. He has been in the cigar industry for 25 years. To commemorate the occasion, the company will be releasing a cigar appropriately called the Rocky Patel Quarter Century.

Produced in Nicaragua at the company’s TAVICUSA factory, the Rocky Patel Quarter Century features a San Andrés Mexican wrapper over a blend that includes Nicaraguan tobacco. The cigars are aged two years after rolling, with tobaccos aged ten years before that.

The Rocky Patel Quarter Century is expected to be available for order on “The Traveling Road Show” mini-tour the company is participating in.