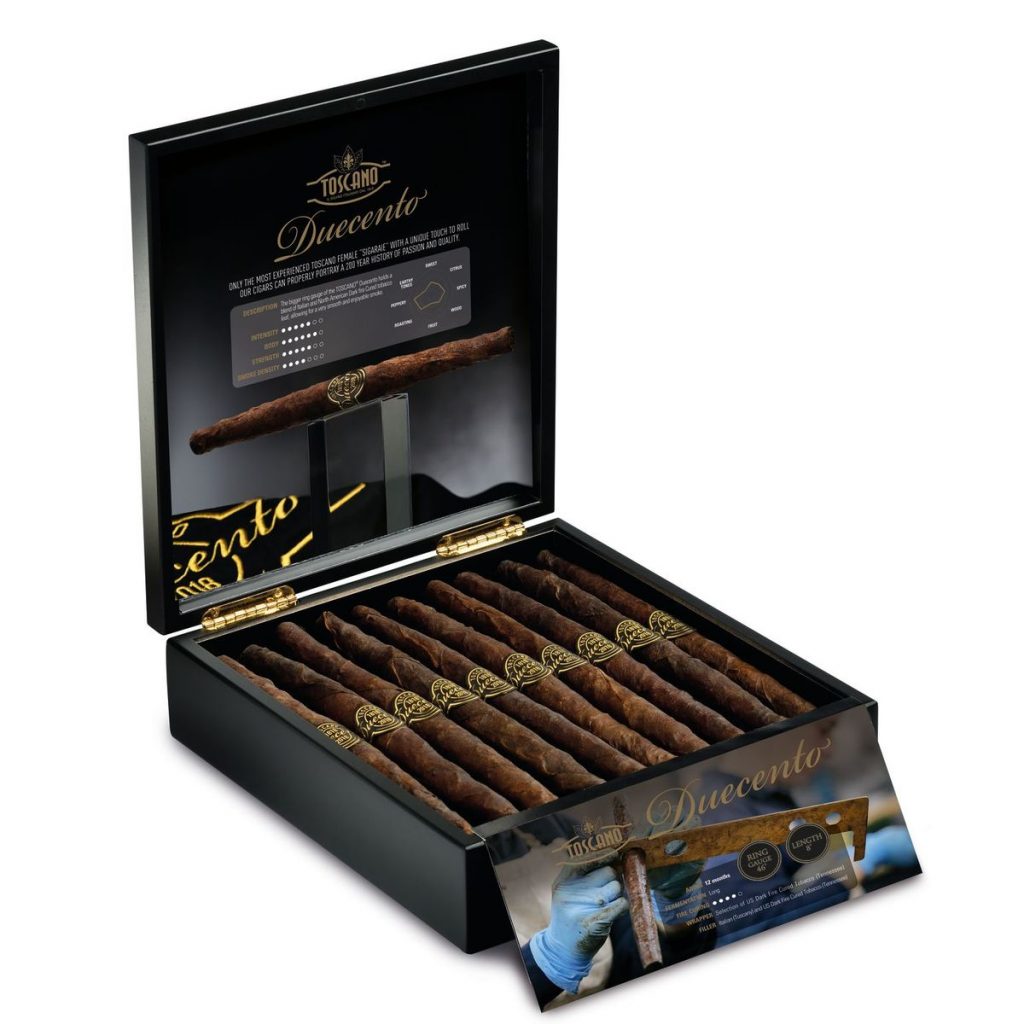 Toscano Cigars is introducing the Toscano Duecento in the U.S. market.

“Duecento” is Italian for 200, and it’s appropriate for the name of this cigar. This is because the Toscano Duecento was released in 2018 to commemorate the 200th anniversary of the Toscano Cigars brand. At the time of the release, the cigar was not available to the U.S. market.

Toscano Duecento features a U.S. fire-cured Kentucky-Seed wrapper grown in Tennessee over fillers consisting of Italian and U.S. fire-cured tobaccos. As with the majority of Toscano cigars, there is no binder used in the blend. Production is handled at Toscano’s Lucca factory in Italy.

Toscano Cigars are distributed in the United States by Miami Cigar and Company.