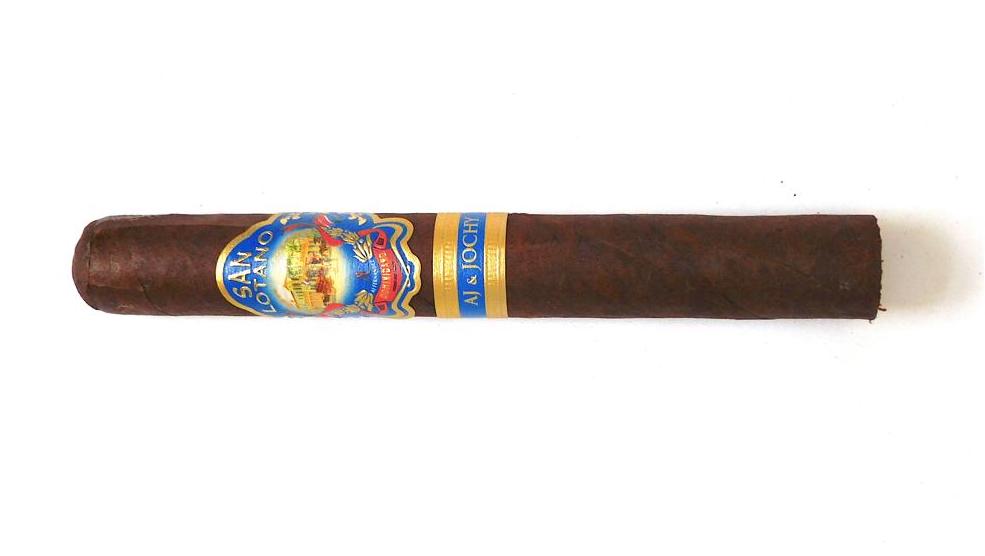 In 2018, word came of a project called the San Lotano Dominicano. This is a collaboration between two power players in the cigar industry – AJ Fernandez and Jochy Blanco. Both Fernandez and Blanco have developed companies that span the ecosystem of cigars. Each owns factories and farms. In addition, each has his own cigar brand and has made cigars for other brands. Fernandez’s ecosystem is based in Nicaragua, while Blanco’s is based in the Dominican Republic. When word came of this “collaboration”, many took notice of this project because of the two principals involved. Early in 2019, the San Lotano Dominicano would reach market. Today, we take a look at one of the offerings in this line – the San Lotano Dominicano in the Toro size.

The word “collaboration” is a buzz word that has been used in the cigar industry as much as any. Collaboration is defined as “the action of working with someone to produce or create something.” If I were to apply that in the cigar industry, I would define it as two separate parties rolling up their sleeves and working together to develop a cigar. What makes the San Lotano Dominicano collaboration stand out is that it is a rare case where both parties are not only brand owners, but blenders and tobacco growers. For the San Lotano Dominicano, both Fernandez and Blanco bring these credentials to the table. The amount of collaborations that have been brought to the table in the industry where both principals have these credentials is few and far between.

With San Lotano Dominicano, it is perhaps the closest project to a true collaboration we have seen in recent years. For this project, Fernandez would contribute Nicaraguan tobaccos from his farms, while Blanco would contribute the Dominican tobaccos from his farm. Production for the San Lotano Dominicano is handled by Blanco’s Tabacalera Palma factory. Meanwhile, sales and distribution are handled by AJ Fernandez Cigars.

Without further ado, let’s break down the San Lotano Dominicano Toro and see what this cigar brings to the table.

The San Lotano Dominicano comes in four sizes. Each is presented in 20-count boxes.

The Brazilian wrapper of the San Lotano Dominicano Toro had a milk chocolate color to it. There was a very light coat of oil on the surface. Upon closer examination, a slight amount of mottling could be seen on the surface. While there were some thin visible veins and thin visible wrapper seams, this was a relatively smooth surface for the wrapper.

There is a secondary band that rests just below the primary band. This band is blue with thick gold trim. On the blue background is the text “AJ & JOCHY” in gold font. The far right of the band has a red square with a gold “AJ” logo on it.

A straight cut was used to remove the cap off the San Lotano Dominicano Toro. Once the cap was removed it was on to the pre-light draw.  The cold draw delivered notes of cocoa, earth, and a slight amount of mixed pepper. Overall this was a satisfactory pre-light draw. At this point, it was time to light up the San Lotano Dominicano Toro and see what the smoking phase would have in store.

The San Lotano Dominicano Toro started out with a mix of cocoa, citrus, damp earth, and red pepper. The damp earth gave the cigar a slight dank quality. Early on there was no dominant note as the cocoa, citrus, and damp earth jockeyed to become the primary note. The pepper receded into the background, but there was an additional layer of red and black pepper that was present on the retro-hale.

The final third pretty much was the same as how things were later in the second third. The damp earth remained primary with the natural tobacco, cocoa, citrus, and pepper secondary. This is the way the San Lotano Dominicano Toro came to a close. The resulting nub was slightly soft to the touch and cool in temperature.

The San Lotano Dominicano Toro did have some jaggedness on the burn line which required several touch-ups along the way. This facilitated the San Lotano Dominicano Toro to keep a straight burn path along the way. The resulting ash was skewed toward the firmer side. This was an ash that was near white in color. Meanwhile, the burn rate and burn temperature were excellent. 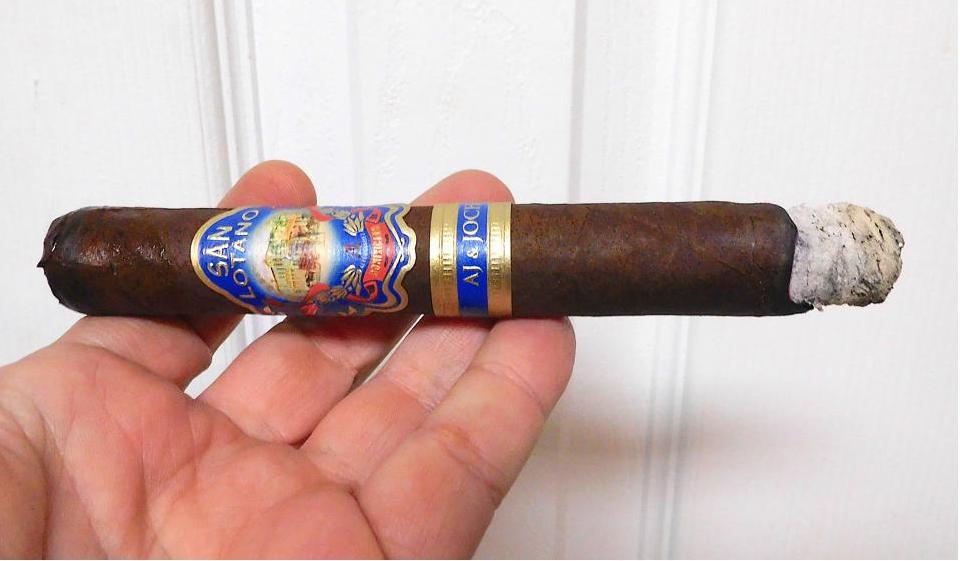 The San Lotano Dominicano Toro had a touch of resistance on it when it came to a draw. This was in the sweet spot for where I prefer a draw. In the end, this was a low maintenance cigar to derive flavor from.

Not only was this a cigar produced by two power-players but it is one that is quite unique. In particular, the dank profile (damp earth) is something that stands out. The dank flavor might seem like a negative, but in the case of the San Lotano Dominicano Toro, this is something that I found worked in favor of the blend. This was not the type of cigar that I expected from either Fernandez or Blanco, but these two have a proven track record for being able to come up with unique things time and time again. In the end, this is a cigar I would recommend to a more seasoned cigar enthusiast, but wouldn’t discourage a newbie from trying. As for myself, this is a cigar I would smoke again – and it’s one I would recommend a purchase of.