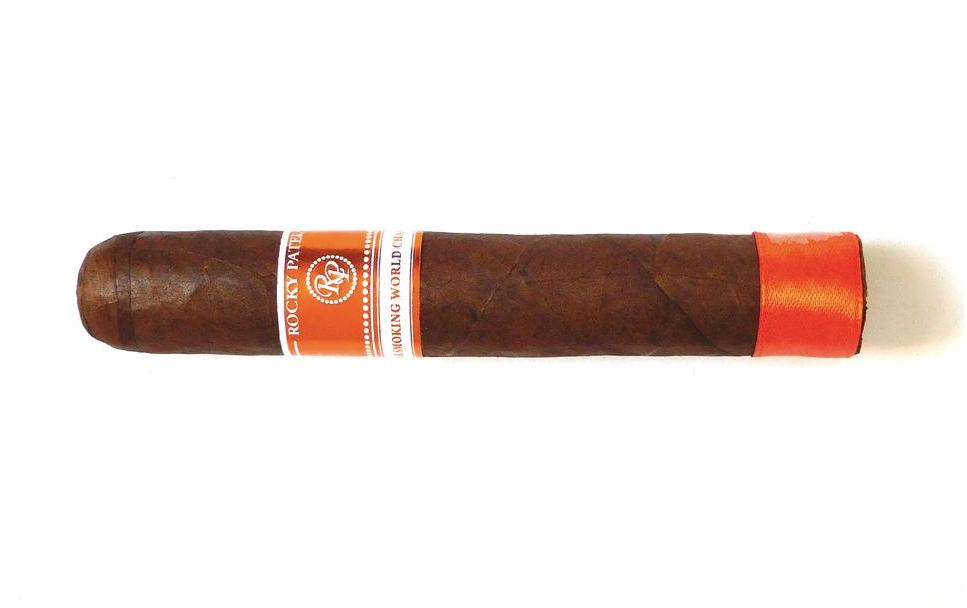 The previous official cigar was the Macanudo Inspirado (Orange) Mareva. The Macanudo Inspirado is a line that was actually introduced to Europe before coming to the United States. As for the Inspirado Mareva, it is not available in the U.S. The Rocky Patel CSWC first surfaced at InterTabac 2019. It was introduced into the U.S. market earlier in the year at the Tobacco Plus Expo 2021. In addition to the Mareva, a Robusto and Toro offering of the blend are also available.

Without further ado, here is a look at the Rocky Patel Cigar Smoking World Championship Mareva and see what this cigar has to offer:

The Rocky Patel CSWC consists of a Mexican San Andres wrapper over a blend of Nicaraguan and Honduran tobaccos. The cigars are produced at Rocky Patel’s TAVICUSA factory in Estelí, Nicaragua.

The Rocky Patel CSWC is offered in three sizes. The Robusto and Toro are presented in 20-count boxes while the Mareva is available in a 10-count box. 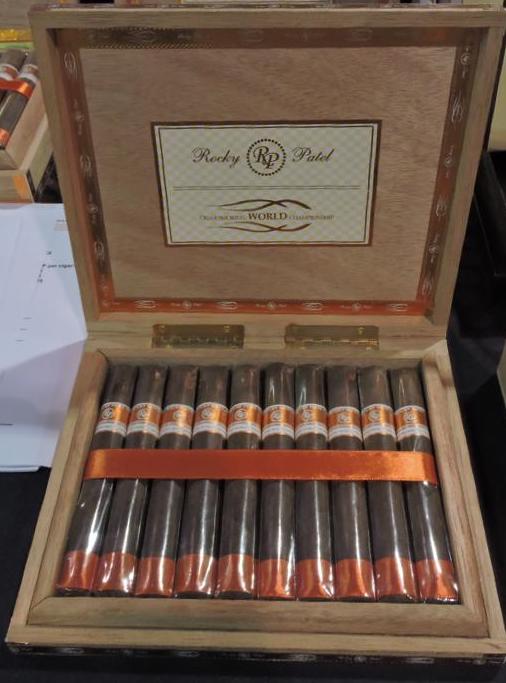 The Mexican San Andres wrapper of the Rocky Patel CSWC Mareva had a dark espresso-bean color to it. There was some light oil and the wrapper had somewhat of a silky complexion to it. There were some visible wrapper seams, and any visible veins were on the thin side.

Surrounding the footer of the Rocky Patel CSWC is an orange ribbon.

A straight cut was used to remove the cap of the Rocky Patel CSWC Mareva. From that point, it was on to the pre-light draw phase. The dry draw delivered a mix of cocoa, earth, and slight fruit and cedar notes. This to me was a satisfactory pre-light draw experience. At this point, it was time to remove the ribbon on the footer of the Rocky Patel CSWC Mareva, light up the cigar and see what the smoking phase would have in store.

The Rocky Patel CSWC Mareva started out with notes of cocoa, espresso, cedar, earth, and red pepper. Early on the cocoa and espresso notes went to the forefront. Sometimes I get a “mocha fusion” between cocoa and espresso notes, but these were distinct. The cedar and earth settled in the background and were joined by a slight fruit note. Meanwhile, there was an additional layer of red pepper on the retro-hale.

Doing the midway point, the espresso notes took over as the primary note. The red pepper and cedar notes were close secondary notes The cocoa notes also settled in the background with the fruit and earth notes.

There wasn’t much change during the last third, the espresso notes held on as the primary note. There was a slight increase in the cedar and red pepper inching closer, but not crossing into the forefront. Meanwhile, there still were notes of fruit, earth and cocoa further back. This is the way the Rocky Patel CSWC Mareva came to a close. The resulting nub was soft to the touch and cool in temperature.

The burn of the Rocky Patel CSWC Mareva performed extremely well overall. There was a slight bit of jaggedness early on, but other than that the burn line was relatively straight burn line and the smoke maintained a straight burn path from start to finish. This was a firm ash with a silvery-gray color. The burn rate and the burn temperature both maintained ideal levels. 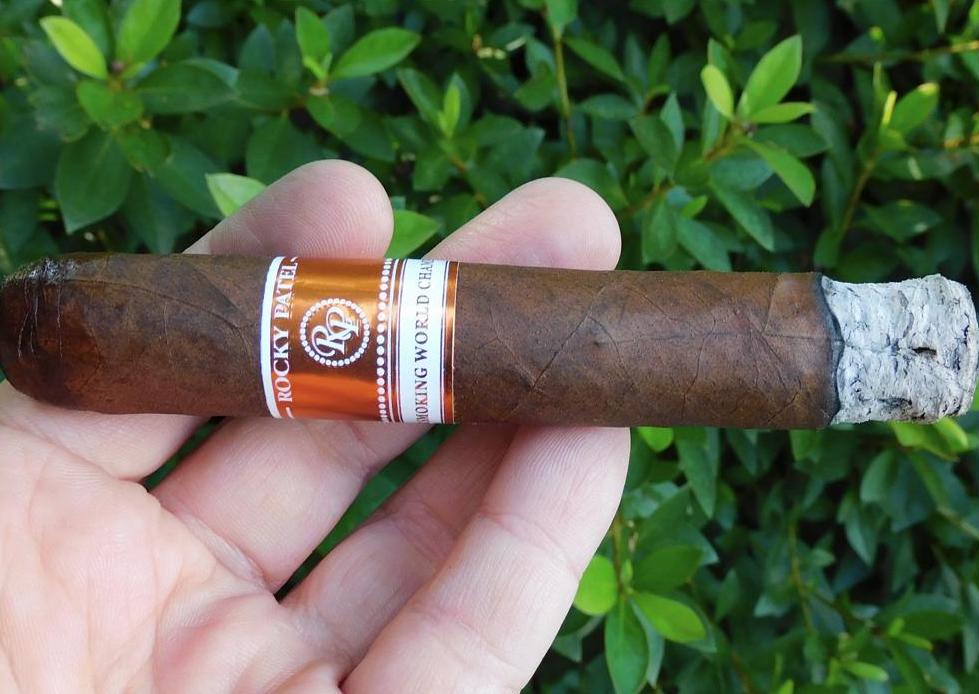 The draw to the Rocky Patel CSWC Mareva also was equally impressive. It was in the “sweet spot” of having just a little bit of resistance – which in my opinion makes for an excellent draw. At the same time, it was not a chore to derive flavors during the smoking experience.

One thing I’ve been disappointed about is that the Macanudo Inspirado was not available in the U.S. in the Mareva size, so I was quite pleased with how the Rocky Patel Cigar Smoking World Championship cigars were going to distributed. The Mareva is a great size and when it came to the Rocky Patel CSWC, it worked quite well with the blend that was delivered. This wasn’t the most complex of cigars, but it delivered outstanding flavor. In the end, flavor is the most important attribute out there. The Rocky Patel CSCWC Mareva is a cigar that I could endorse to any cigar enthusiast for any time of the day. As for myself, this is a cigar I would smoke again – and its one that garners box worthy consideration.